The whole phrase is 自分で強いと言うだけあるな, I know from consulting translations that it says "he is as strong as he says himself" (earlier Hikaru said that he doesn't know his rank but he thinks he's pretty strong) but am still not able to fully understand it using my own power. 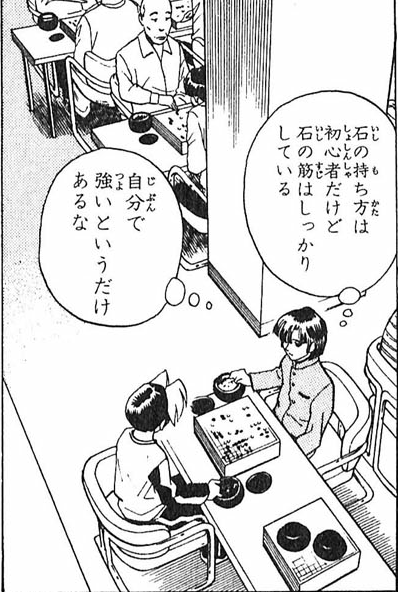 It is written という here in this scan from the 単行本, but in the 完全版 version which I own, it is written と言う, like so.

After a little investigation i think that だけ is this だけ, so 言うだけ is "just as [he] says", but I am still not able to understand this ある because the only hits for だけある I have found are after nouns suggesting the "there is only [noun]" meaning of だけ.

So my question is, why is ある here and what does it mean?

I think "he is as strong as he says himself" is a valid translation. だけ(は)ある is short for だけのことはある. This ある itself is a verb meaning "to be" or "to exist". こと in this construction refers to something abstract such as "quality", "value", "reason" or "truth". So 強いというだけある is the same as 強いというだけのことはある, which literally means something like "There is as much amount of truth/value/strength as he says" or "There is something to the extent that he is saying."

12
Shouldn't this phrase using だけのこと mean “just for that”?
9
What does こと refer to in だけのことはある