Is やなこった just 嫌な子, or does it mean something as a whole?

Another phrase from 犬夜叉 that is puzzling me is やなこった. Apparently it means something as there is a quite lot of results on the interwebz. They are not much of a help though.

I saw it in a comic, where a character explains that he wants to fight alone without a girl that has been only a nuisance. So I though that it would be something like 嫌な子. The common usage together with the った confuses me though.

Is it possible that this mean something en bloc? If that’s not the case, what is the meaning of that った? I guess it can be something like: „I have already said that the girl is only a nuisance“ But I am not sure. 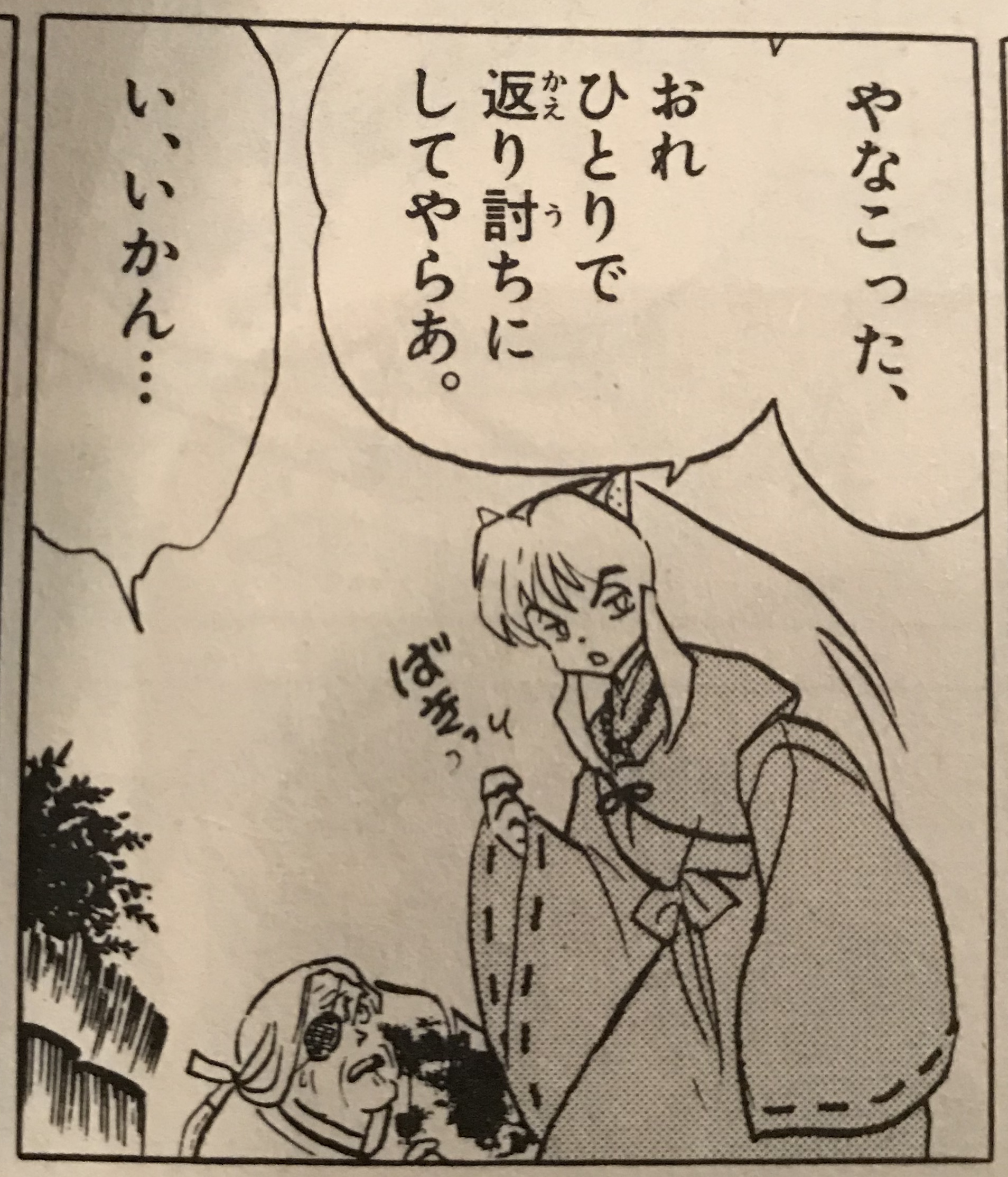 やなこった is a slang term that means "no way" (as in "no way Jose"). As pointed out in a comment, this is etymologically a contracted/emphasized pronunciation of 嫌なことだ.

In my opinion, this word form is no longer "alive" in my generation unless in a jestful manner. It's a typical older Tokyo inner city dialect (下町言葉) that is, today, mostly used by some fictional characters (like 犬夜叉, who generally carries the trait). Or you can see it living in especially early volumes of Doraemon etc.

Not the answer you're looking for? Browse other questions tagged translation meaning expressions manga or ask your own question.

8
かかったためしない - how can this be translated?
3
What does "タイプを分けるとパッション" mean?
5
Is using 笑 to mean "lol" feminine or gender-neutral?
2
Meaning of 逃げ出した 先に in this sentence
2
What does 緊張感{きんちょうかん} in this sentence mean?
3
Is 告らせたい passive?
2
体 as a pejorative for “person”
2
I don't understand: あなたに口を挟まれる事じゃない
1
Sentence withても which might not mean "even if"?