Originally I understood this phrase as "I will rebuke this man, cut him in two with a great difference (in score)" but have not been able to sufficiently break down my understanding of ひと断ちにする to my own satisfaction.

I originally read ひと断ちにする as similar to 一太刀にする (although 一太刀 actually taking にする seems to be rare according to exact google search) but that may not be correct.

Am I on the right track or am I missing something? 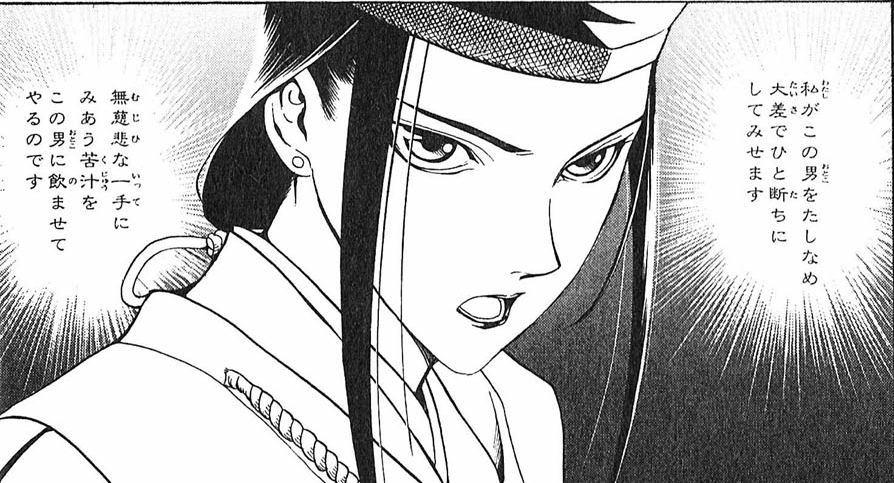 EDIT: I should have made this more clear. 佐為 is talking about figuratively slicing someone in a game of go. It's not literal.

I don't think ひと断ちにする is any common saying, but we can somewhat grasp its gist as some admixture of the following popular idioms:

So it would mean something like "put down (easily) with a slash of the sword", but not knowing the plot, I can't decide whether the ひと断ち is intended to be a literal stroke of blade runs through his body, or figurative break of his spirit, will to fight etc.

Also, 大差 is "great difference" but this word is likely used for gap in amount nowadays, so it sounds most natural when he mentions some kind of scored match (again, not knowing the plot).

ひと断ちにする means to cut the person down.

大差で refers to the big differences in the skills of the two people.

The speaker is planning to teach him a lesson, cut him down and show him the difference in their skills.