Does the second stroke of ち have a break in it when handwritten?

き and さ when handwritten tend to have a break in the "loop" of the second stroke. 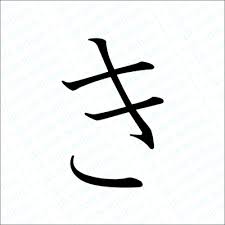 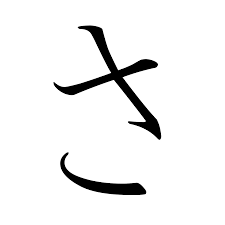 But I don't seem to be able to find if it is the same for ち.

Is it ok to have separation of the second stroke like a mirror of さ? Or should it be one single stroke through the down stroke and the loop?

The answer and the origin to this dilemma lies in computer fonts, character encoding space, and the limited graphics of the 80's era computers. I wish I had the article at hand, but in this article it is explained that the reason why sans-serif monotype variants of さ and き on computer text, and the fonts that are used to represent those in print, are this way because of a limitation in pixels that unfortunately made it appear as if these characters had the vertical-and-hook stroke joined with the diagonal left-to-right swoop stroke. Later character encoding standards allowed for enough pixel size to accurately represent these characters in different ways, including serif variants that have accurate stroke detail. This same font issue is the reason why for some time, using Japanese script on computers was a kana-only venture. This is visible in old Famicom games and similar era-appropriate applications such as earlier command line interfaces.

It was given way to tolerance and acceptance because, in reality, in ink-and-brush calligraphy, that's the accurate motion to draw the character elegantly. However, both き and さ do not, in fact, have the loop connected. ち, nonetheless, does.

I've never seen it in "separate strokes", at least for several decades of my life as a Japanese reading handwritten documents.

11
Font used to create handwriting worksheets by primary teachers to teach Hiragana
6
I cannot recognize this kanji
3
What kanji is this?
4
Is “爿” a 略字--if so, how is it pronounced/written normally?