In this manga I'm reading, the word 死神界 appears. I would have read it has しにがみかい but there was furigana indicating the reading to be ここ.

If there was no furigana, how could I know the correct way to read it?

That kind of furigana is not for telling the reader the reading of the kanji, but what the character actually said. The kanji tell the reader what they meant.
It would be incorrect to read it ここ every time it appears without furigana.

That kind of usage is common in manga and, depending on the genre, in novels.

As for why this is done, I think the most encompassing answer would be to eliminate ambiguity and uncertainty for the reader.

In the OP, the author is making sure the reader knows where "here" is by including both the word spoken and what was meant. I think it is easy to see why this would be necessary if you imagine a story in which teleportation is used a lot.

Here is a different kind of example from Appleseed. The reader may not know that まと is being used as slang for 目標 (whether in this story only or in reality too is irrelevant), so it is written like this to aid the reader with what was said and meant without having to use footnotes. 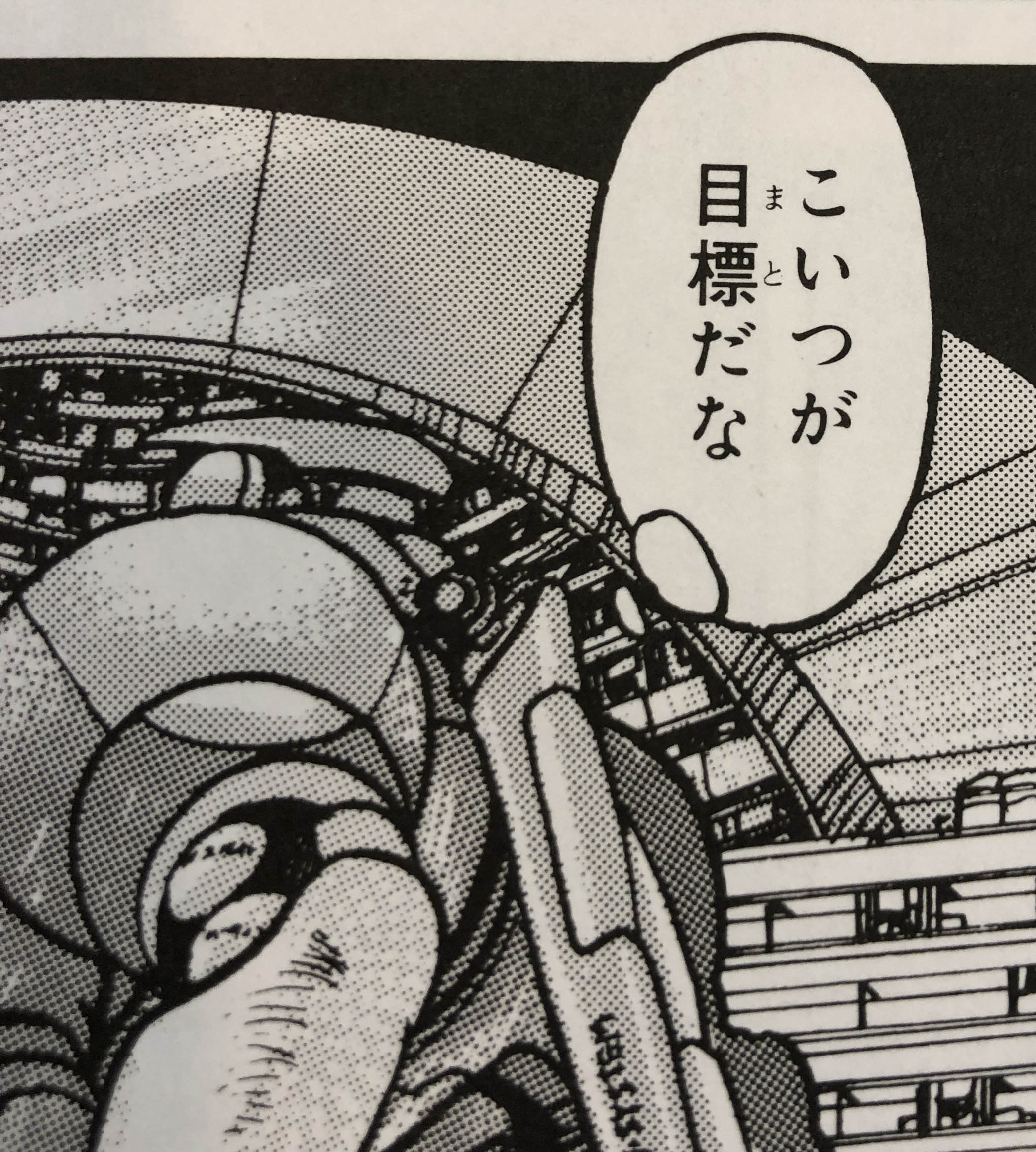 Not the answer you're looking for? Browse other questions tagged multiple-readings furigana creative-furigana or ask your own question.

26
Why are some lyrics' words written in kanji whose usual reading is not how it is sung?
3
Why is 未来 read as あした?

11
Why use the kanji compound 惑星 for ほし?
11
Why is this 理由 【りゆう】 given the furigana わけ?
6
Is there a name for this furigana convention
1
Exact use of furigana?
10
How to choose the reading of 埋{う}める and 埋{うず}める?
5
Ordering of writing furigana in multi-character words
3
How do I ask about books that include furigana for the kanji?
2
How should I read 花弁?
2
Could someone explain this katakana reading of ＜光る葉っぱ＞ from 鹿の王?