Why are Japanese fonts different to Chinese?

I’ve noticed this even in Japanese where there are multilingual translations. There are differences even when the Chinese (traditional or simplified characters) text uses the same character as the Kanji. This seems to occur everywhere, from train stations to store menus. Often the different fonts will be displayed together on the same screen, page, or sign.

Is there a specific linguistic, cultural, or historical reason for this? Are Japanese and Chinese fonts different internationally or is this only in Japan?

It does make it easier to distinguish Japanese and Chinese texts but I suspect this is incidental and there’s another reason for it. Japanese and Chinese texts can be differentiated due to differences in vocabulary and whether they use Kana. We don’t use different fonts for other languages that use the same writing system (for example we write English and Italian in the same fonts). This is different to using foreign words in italics (Latin in English) or Katakana (English in Japanese) as these fonts are used entirely separately for translations and are not intermingled.

For a recent example, this is a calendar produced by a Japanese company. Chinese and Japanese versions clearly have different fonts whereas English, French, and German have the same font for the same characters. 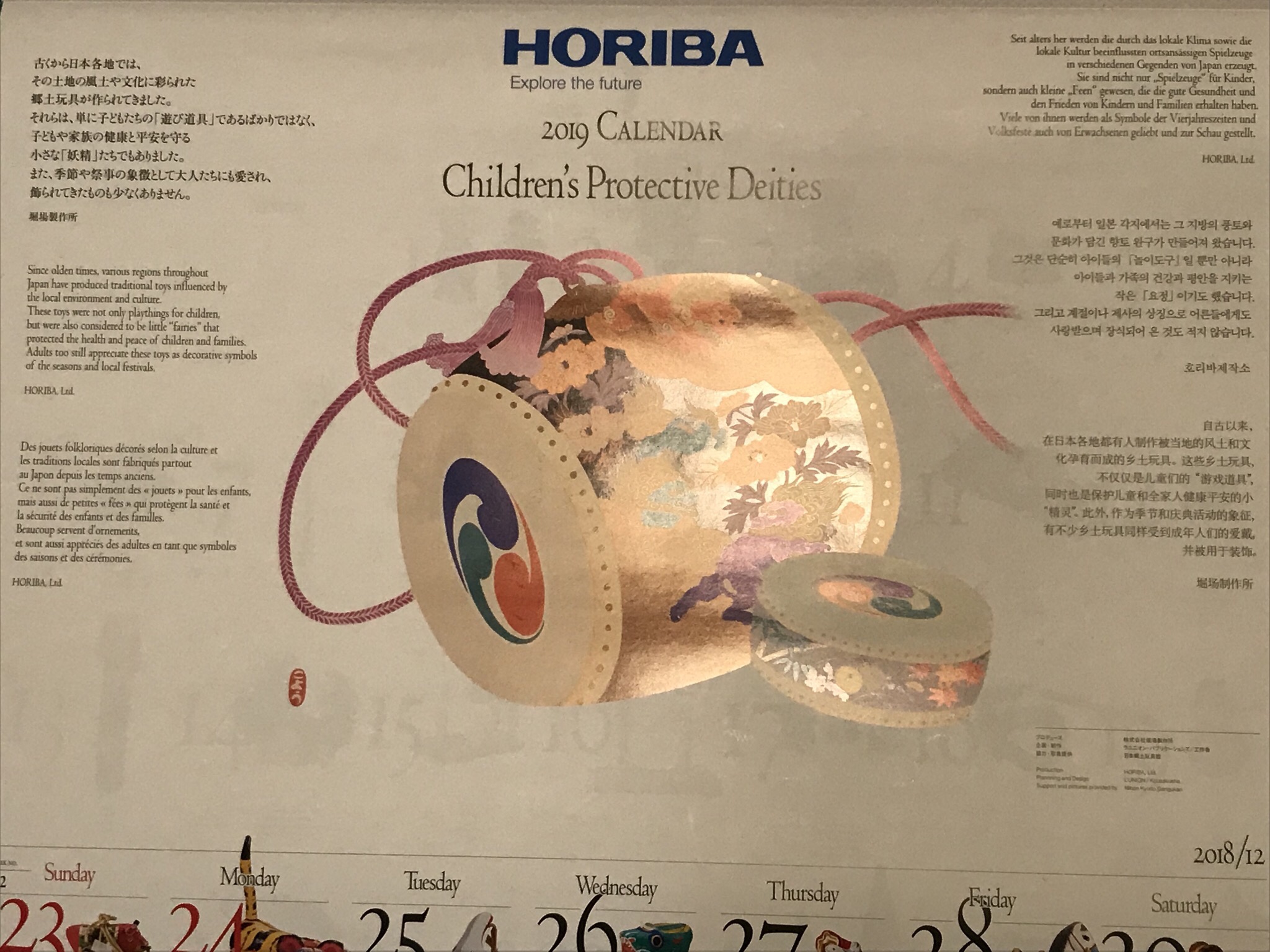 I assume you're specifically talking about kanji/hanzi glyphs. (Hiragana are obviously more cursive.) Basically the overall appearances of typical Chinese hanzi and Japanese kanji fonts are not significantly different in terms of line width, roundness, etc., just as English "A", French "A" and German "A" are rendered the same. If you compare recent professionally-made pamphlets of both languages from, say, Tokyo Disney Land, you should notice almost no difference.

If you noticed some difference, it's probably because it is hard for a designer to find a Chinese font that looks similar to the Japanese font they want to use. While ordinary Japanese designers have lots of Japanese fonts with lots of Japanese kanji, they cannot use them to produce natural-looking Chinese sentences, and vice versa, because there are large regional variants for many kanji/hanzi. As a consequence, they often have to choose a Chinese font that looks different from the one used in the Japanese version. It's very easy to find fonts that can render all major Western languages, but finding a good-looking "Unicode" font that satisfies both Japanese and Chinese readers is still difficult. Thanks to Adobe and Google, we now have at least one reasonable free font that offers consistent look across CJK languages. From Adobe Typekit Blog:

Source Han Sans, available in seven weights, is a typeface family which provides full support for Japanese, Korean, Traditional Chinese, and Simplified Chinese, all in one font.

With Ryoko’s designs in progress, we knew that to develop a truly successful Pan-CJK font, we would require expertise that could be found only in type foundries with years of in-country design experience. We chose to partner with Iwata to expand our Japanese glyph selection. In Korea, we went with Sandoll Communication, who also designed the Korean hangul (the native alphabet of the Korean language) and in China, we partnered with our longtime friends at Changzhou Sinotype. Our project had now grown to become a collaborative effort between five companies — something somewhat unprecedented in the world of type design.

Why was it important to get this expertise? Well, the writing systems for each language, particularly their ideographs that are based on historical Chinese forms, took different paths over time. While some characters remained unchanged and common across the languages, others morphed into regional variations. One can see these in the glyphs represented below. While the variations may be subtle, especially to the Western eye, they are very important to the users of each language.

EDIT: In the case of that calendar, I'm pretty sure that consistency was not intended in the first place, because Japanese was clearly the primary language that should stand out. This Japanese font is probably 筑紫Aオールド明朝, a popular but expensive Japanese font with antique-looking stylized hiragana. It's adding a good traditional flavor, but it's not a reasonable choice when cross-language consistency is considered important. On the other hand, the Chinese font seems to be some generic-looking serif to me. So this is what happens when a Japanese designer does something mainly targeting at Japanese audience :)

I basically agree with @naruto's answer - the main reason is that if a Japanese designer chose a relatively unique Japanese font for design aesthetics, it is normally a challenge to get a matching Chinese font. If Simplified Chinese is used as the Chinese text, this then becomes extremely challenging.

For the photo in the question, to match the "antique" aesthetic for the Chinese text, kanji glyphs based on Kangxi dictionary forms (KDF) would be needed, and only Traditional Chinese text would fully match KDF. Unlike Japanese typography which makes glyphs matching Jōyō kanji standards, it is extremely rare (or even unheard of) for Chinese foundries to make Kangxi aesthetics for Simplified Chinese shapes, possibly for two reasons:

Republic of China (Taiwan) and Hong Kong have their own standards of Traditional Chinese characters, but Chinese foundries also do not attempt to make new glyphs with Kangxi aesthetics to match these standards. For fonts with an archaic feel, Chinese typography just adopts KDF, while in contrast Japanese typography creates new characters based on KDF aesthetics to match the Japanese Jōyō standard.

‎文悅古典明朝體, a Kangxi dictionary font by Beijing-based Wenyue Technologies, simply uses Traditional Chinese glyphs at the Simplified Chinese codepoints. For a more modern and "clean" take on the KDF, see Genryū (github), which has two varieties: KDF for Chinese texts (Traditional Chinese only, of course), and a Japanese variant modelled on the Jōyō standard suitable for Japanese typographic habits. 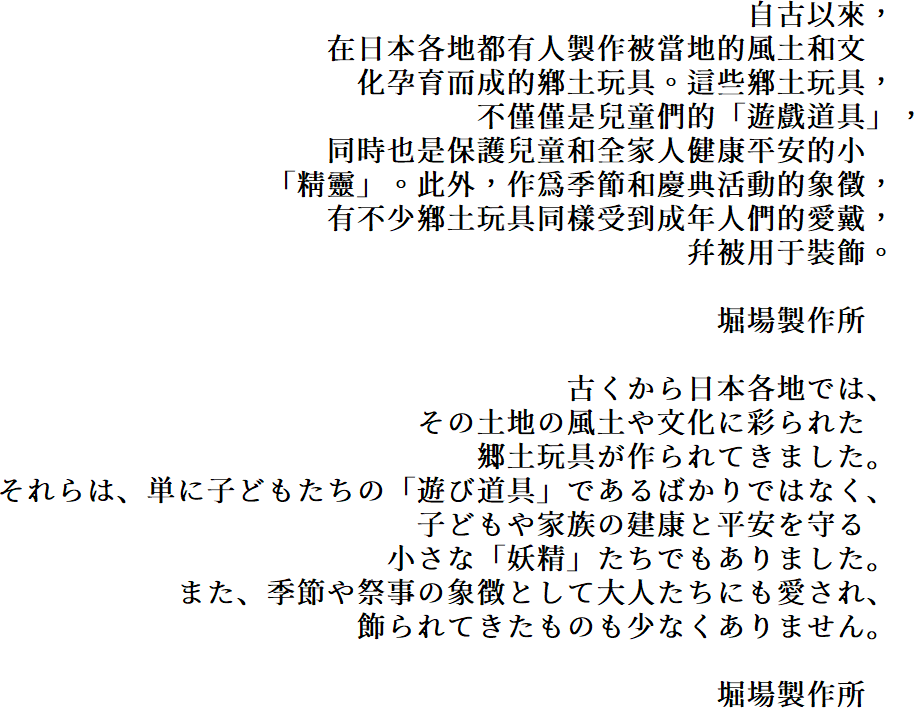 Note characters like「遊」,「道」,「平」, and「精」, which are handwritten identically across PRC, Hong Kong, Republic of China (Taiwan), and Japan: the standard practice for the Chinese font is to just adopt KDF, while the Japanese variant made a new glyph according to the Jōyō standard.

Not the answer you're looking for? Browse other questions tagged translation kanji history culture written-language .

21
Japanese kanji with different meanings in Chinese
6
噌 variants in different fonts
9
Variations in the "same" kanji, how do you know which one to use?
2
Japanese kanjis and Chinese characters: a request for comparative stroke order
3
Why don't the characters used for Japanese Kanji have the same meaning as those used in Chinese? (Chinese-Japanese false friends)
4
Why are 关 and 复 half-width in Japanese?
14
In what unit is the length of Japanese texts measured?
7
Is kanban (看板) really the same in Japanese and Chinese?
3
Computer fonts - Small Hane Inkblot Thing