サインもらっとけとでも言う - Breaking this phrase down 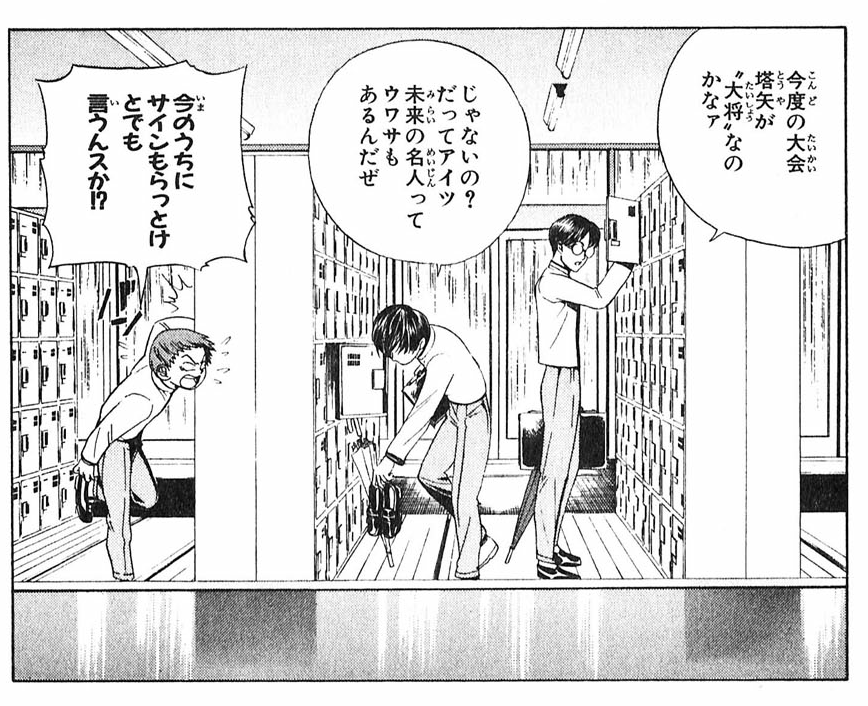 What I thought he was saying: "Are you saying we should get his signature now while we still can!?"

I was stuck for several days on this sentence having trouble making sense of it, suspecting that there was some contraction I was having trouble with. I suspected that もらっとけ was a contraction of もらっておけ but wasn't sure where else to go from there.

I was also wondering is what is the grammatical meaning of having the form ておけ here, instead of ておこう or something? I've noticed that other questions like this one mention the ておけ form but doesn't really explain why the sentence uses that form specifically.

Pretty good effort, I don't think I've ever seen someone hit on the answer to their question AS they are writing it. ^_^

A couple of points though: 今のうち has more of a meaning of "right away/right now", with "while I can" being a more casual interpretation. And とでも before the verb carries the meaning of "or something"

Also, according to what Chocolate said in your link, "～ておけ is the imperative of ～ておく which means to do and leave it as it is." .... therefor I think the implicit meaning is more along the lines of

"Are you telling me to get his signature right away and get it over with, or something!?"

(... although now that I think about it, maybe what she means is that ～ておく carries the meaning of having achieved the goal of the action... which is hard to convey in conversational English... maybe ""Are you telling me to go and make sure to get his signature right away, or something!?")

Then by the magic of stackexchange (not the first time it's happened), when I started writing up this question it suddenly clicked in my head that と following け was the quoting particle for 言う, and then I discovered that とでも言うんスか is simply a variant of this set phrase, meaning pretty much what I thought it meant, "are you saying that x?".

Fake Edit Again: Found another question explaining that ておけ is an imperative form. In other words what he is actually saying is "Are you telling me to get his signature now while I still can!?" and I believe I managed to answer my own question in the process of writing.

Not the answer you're looking for? Browse other questions tagged set-phrases contractions .

15
How many verb endings to express "do this (please)"?
2
"～とでもいうのか" meaning in this sentence
3
しとけ and sentence translation

2
Share your list of stock phrases / phrase templates
6
The phrase 乞うご期待
8
Understanding the particle や in the phrase "今や"
3
How do you break down "かといって"?
25
What is the meaning of りゃ in this phrase?
5
Is there any phrase similar to "may he rest in peace"?
3
Translating the set phrase 後は～～だけ
4
Is 「short past + ろう」 like 「だろう」?
2
Is the following sentence a set phrase?