Is rōmaji actually used in Japan?

I am a Japanese beginner and I see many instruction books containing rōmaji. As I understand, rōmaji helps English speakers to pronounce the words. But is rōmaji really used in Japan or by Japanese people? Or is it used only for an English speaker learning Japanese?

I heard (not sure if true) that on the computer, when Japanese people type, rōmaji is often used. But I did not see any rōmaji on popular Japanese websites like Yahoo Japan. Could someone comment on this as well? 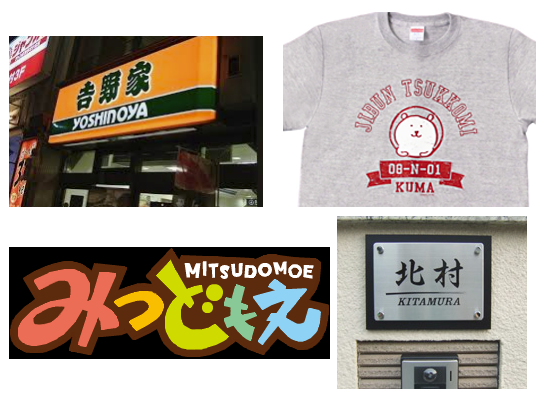 Rōmaji is never used for day-to-day communication between native Japanese speakers. They can generally understand Japanese sentences written entirely in rōmaji, but the reading speed would drop to 1/10 or less. (Imagine you have to read an English sentence written entirely in katakana...)

Romanji is not used in Japan. The only exception is with typing and probably not in the way you expect.

With modern Japanese keyboards you can have two input methods, one is romanji based and the other is kana based. In the romanji input method, you "spell" the word out with latin characters and the computer is able to make suggestions about the kana / kanji you mean to use. In the kana input method, the keys correspond to different kana and you spell out words that way.

However, regardless of the input, the output on the screen is in Japanese characters. You might type out "watashi" using the romanji input method but on screen you'll see 私.

Not the answer you're looking for? Browse other questions tagged rōmaji or ask your own question.

7
What romanization scheme is used by programmers?
8
Why is the Hepburn system of romanization generally used over the Nihon-shiki system?
2
The stylistic use of romaji for the particle "de"
3
Romanization of kanji compounds: when are spaces used?
1
How do I convert ちょうしょく to rōmaji with the modified Hepburn system?
3
The use of ô versus ō in rōmaji
2
Is ii or ī more common in rōmaji?
24
Why are police boxes labeled Koban (in roman letters) in Japan?