What is the meaning of 近いほうが here?

I came across this phrase in a passage and I am not quite sure what it means. It seems unlikely that it is used for comparison, but I could be wrong. The Chinese translation following it seems to translate it to "not only". There is no grammatical explanations in the book, and searching online hasn't been helpful either. So someone please illustrate the appropriate grammar here. 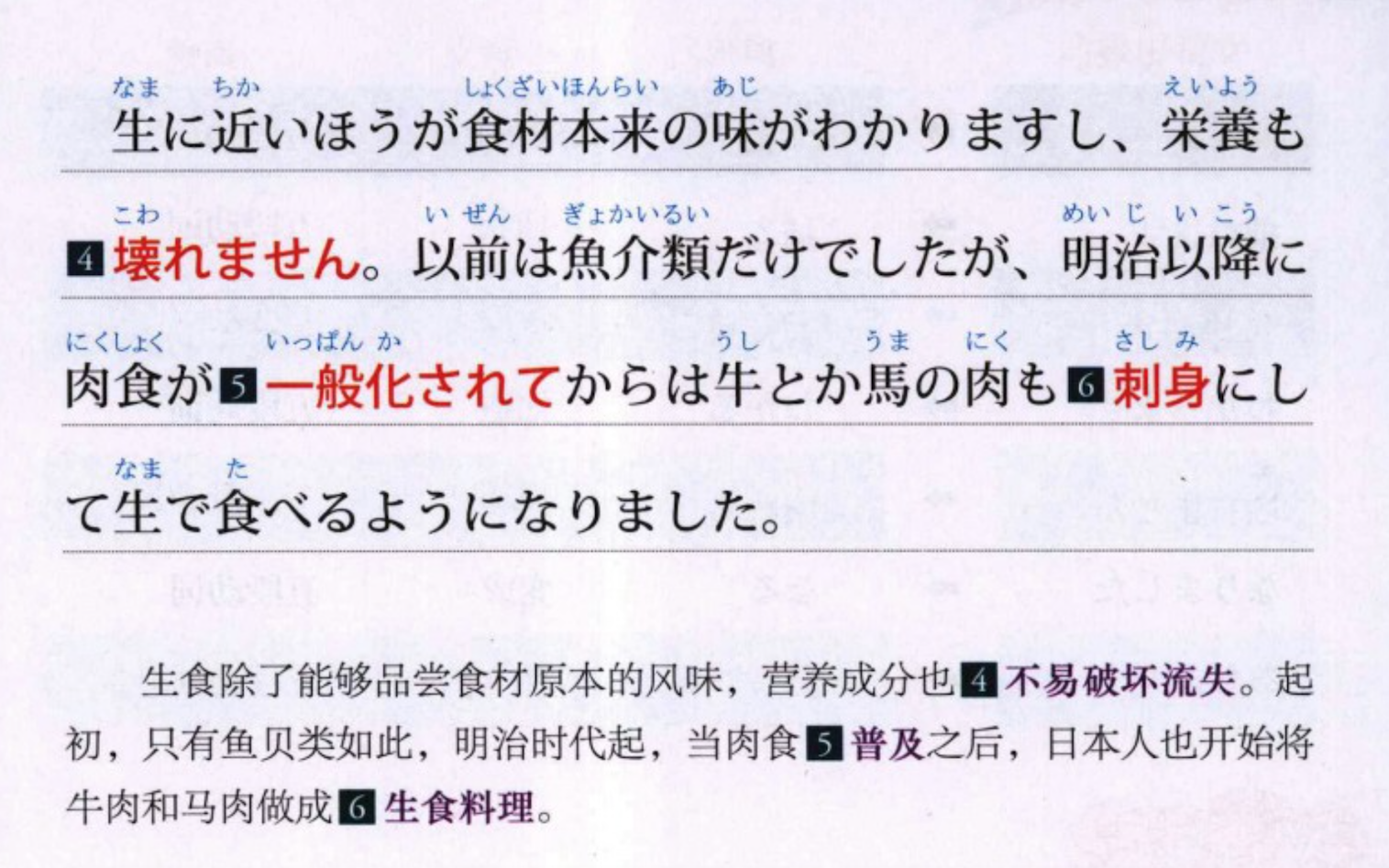 生に近いほうが can be broken down as 生に近い + ほうが. 生に近い means to be close to raw. Presumably close because you do some preservation, just not cooking. ほうが is used as a judgement/comparison. This example, which I copied from here, illustrates this:

This example means As for rooms, wider/more expansive ones are better. The ほうが is used to make the judgement that wider ones are better. In your example, 生に近いほうが means that the speaker is about to make a judgement/analysis about things that are close to raw. In your case the speaker says that they let you understand the original taste and don't destroy the (original) nutrients.

As for why the Chinese translates that as not only, I imagine it's because the Japanese clause ends with ~し, which is a grammar that can be used to list things/reasons.

Not the answer you're looking for? Browse other questions tagged grammar meaning interpretation .

3
What is the difference in these two keigo terms?
19
What is 〜からです and when is it used? How does it differ from 〜ですから and 〜んです?
2
しかしそれがいったいどんなことなのか - "what the heck could have it been?" not sure of translation
1
What does 外野 mean here?
6
What does「〜も何も」mean in this context?
4
立ってそばを食べる vs 立ちながらそばを食べる
2
How to determine the meaning of a Kanji?
1
Can the verb ある be used with the grammar ~せずに?
1
Usage of は in these sentences
0
Can 何でも either mean 'everything' or 'anything' depending on the context?