体 as a pejorative for “person”

In a comic book I am reading, Inuyasha – 1st book – I found this sentence:

The monster saying this is about to attack two other people that are in possession of the bead. One of them is a lively normal human, the second one has been dormant and considered virtually dead for a long time.

As I understand it, the monster wants to devour the two along with the bead, that will give it some power. What is puzzling me is the use of 体. Even though technically speaking every person has a body, I am not sure that I can use it this way to refer to a living person.

And of course I may be completely wrong with all of these. This I’d like to ask, what can the 体 actually mean here?

The power of the aforementioned jewel will help the monster throw away its partially human body, effectively replacing it with a completely monster-like one. In the panel, where it says the provided sentence, its face starts to slightly shift to the non-human form already. This might hint that この体 refers to the body of the monster itself, being a nuisance since it’s less powerful without the bead.

What is still puzzling me though is the usage of 〜ごと. As I understand it, this suffix makes the jewel only a part of some bigger lump of things to be devoured. Maybe the monster is referring to the humans: “I’ll eat them along with the jewel.”, but it’s not stated explicitly and this information is conveyed by the 〜ごと itself?

Uploading the panel with the described scene and sentence and some more panels for the context. I skipped the unrelated panels and panels with other scenes, since the situation is scattered through a few pages. 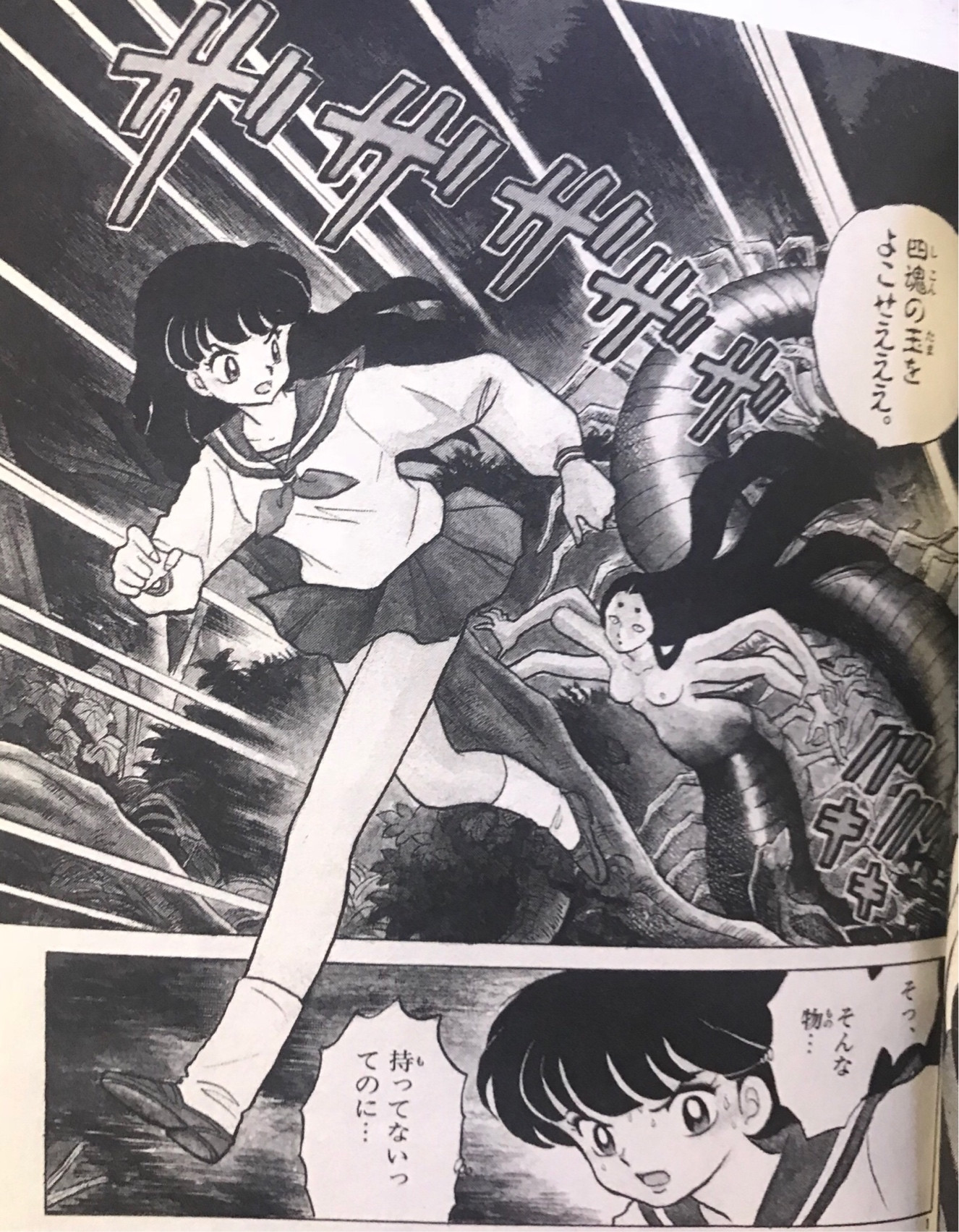 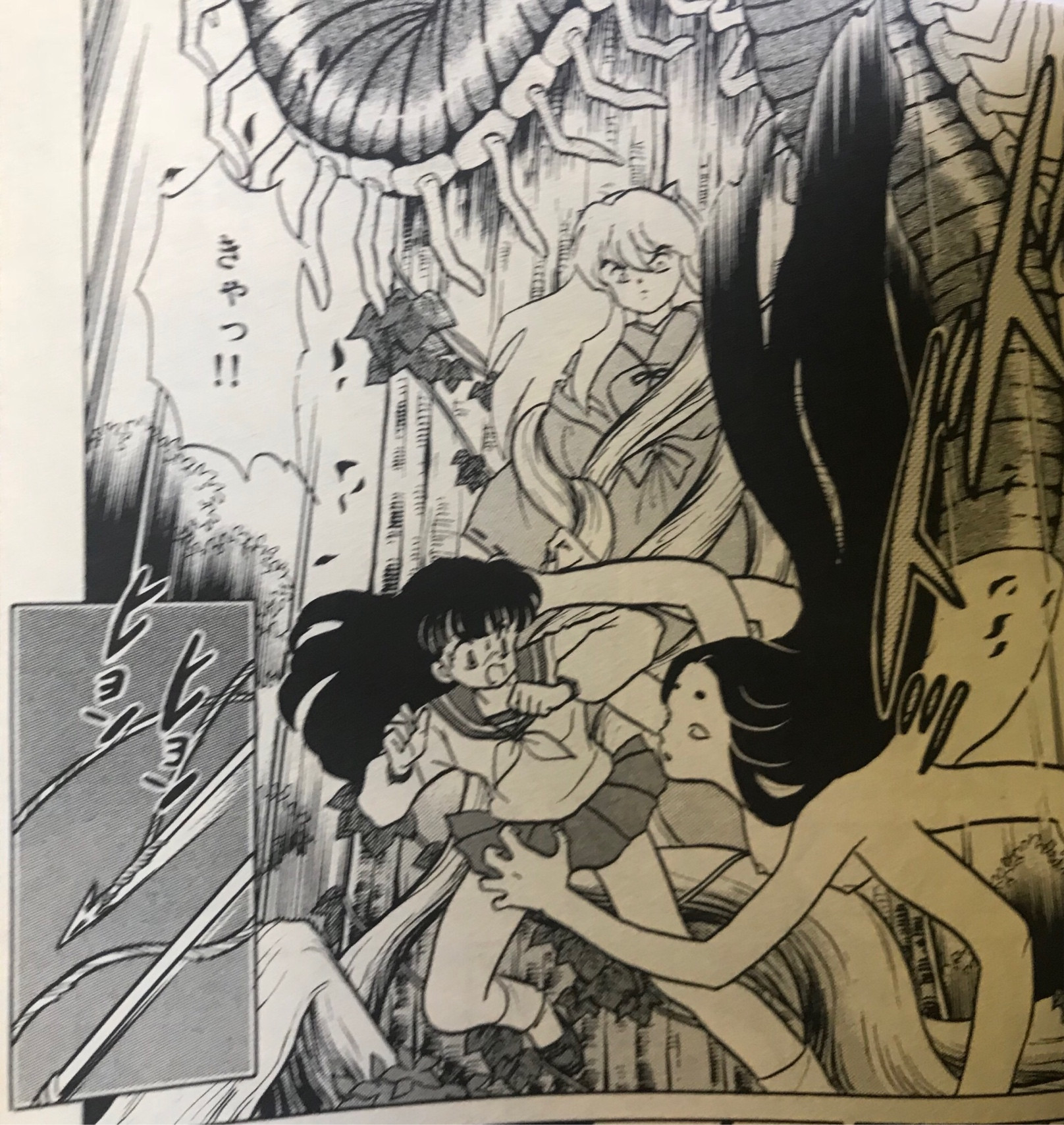 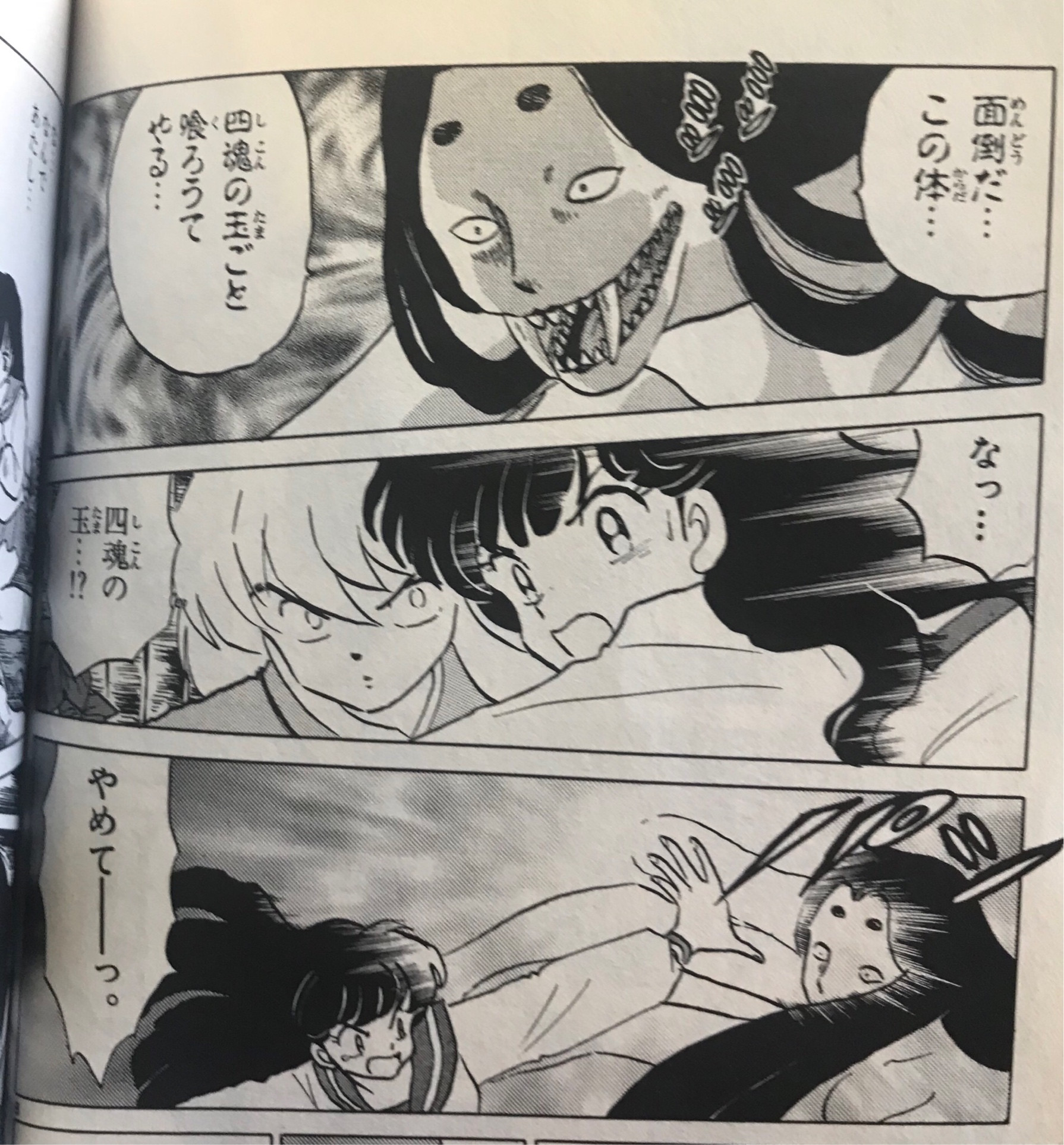 体【からだ】 ("body") can refer to the body of a person/animal regardless of whether it's alive or dead. It's not derogatory at all, and you can safely say 風呂で体を洗え ("Wash your body in the bathroom"), 体を鍛える ("to exercise one's body"), 体を大事にしてね ("Take care of yourself") and so on. The body of a dead person (corpse) is often specifically called 死体.

Anyway, I feel the situation is close to your first bullet. The monster is only interested in the jewel and the "annoying coating" that covers it. Whether the person is alive or not is probably not very important to the monster.

In real life, of course 面倒な人 ("troublesome/bothersome person") is used more often. In this context, however, what is bothersome to the monster is the body (skin, bone, muscle, etc) itself, not their personality.

I think I’ve figured it out eventually, thanks to the comments by @BenRoffey and @naruto.

As I mentioned in the update to the question, the speaker (a monster) is not satisfied with its still rather too anthropomorphic body. The jewel would help it to get rid of the body as a part of becoming stronger and more full-fledged monster-like. Devouring the people possessing the jewel (the listeners) is a viable option to get it and obviously the gem is of a bigger importance to the villain that caring about the bearers.

The actual meaning would thus be:

I am tired of this body. I am going to eat you along with the […] jewel.

The この体, just as the この tells, refers to the speaker’s own body and not to the listeners’. The ごと is what implies eating not only the jewel, but the people holding it as well.

Thanks guys for helping me figure this out!

2
How should we read/translate long sentences that end in a question?
3
How do you say "of good stock" vs. "of weak stock" in Japanese?
10
What is the small tray called when paying for something in person?
0
What is the term for a wishy washy person?
7
Equivalent of 【一人で】for a multi-person group unit
0
のもさーこう, イロイロ and other considerations
2
そいつ -a person or a thing?
2
Is it possible to preserve the literary style of this English passage in Japanese by rearranging the prepositional phrases?
-1
How to say "hard working person" in japanese
1
Who is this person speaking for?