I've tried finding the kanji by radical here using 广 but I can't find a match for the first and I'm not sure at all what the second is.

My electronic dictionary shows a few forms for 魔 that might help a little: 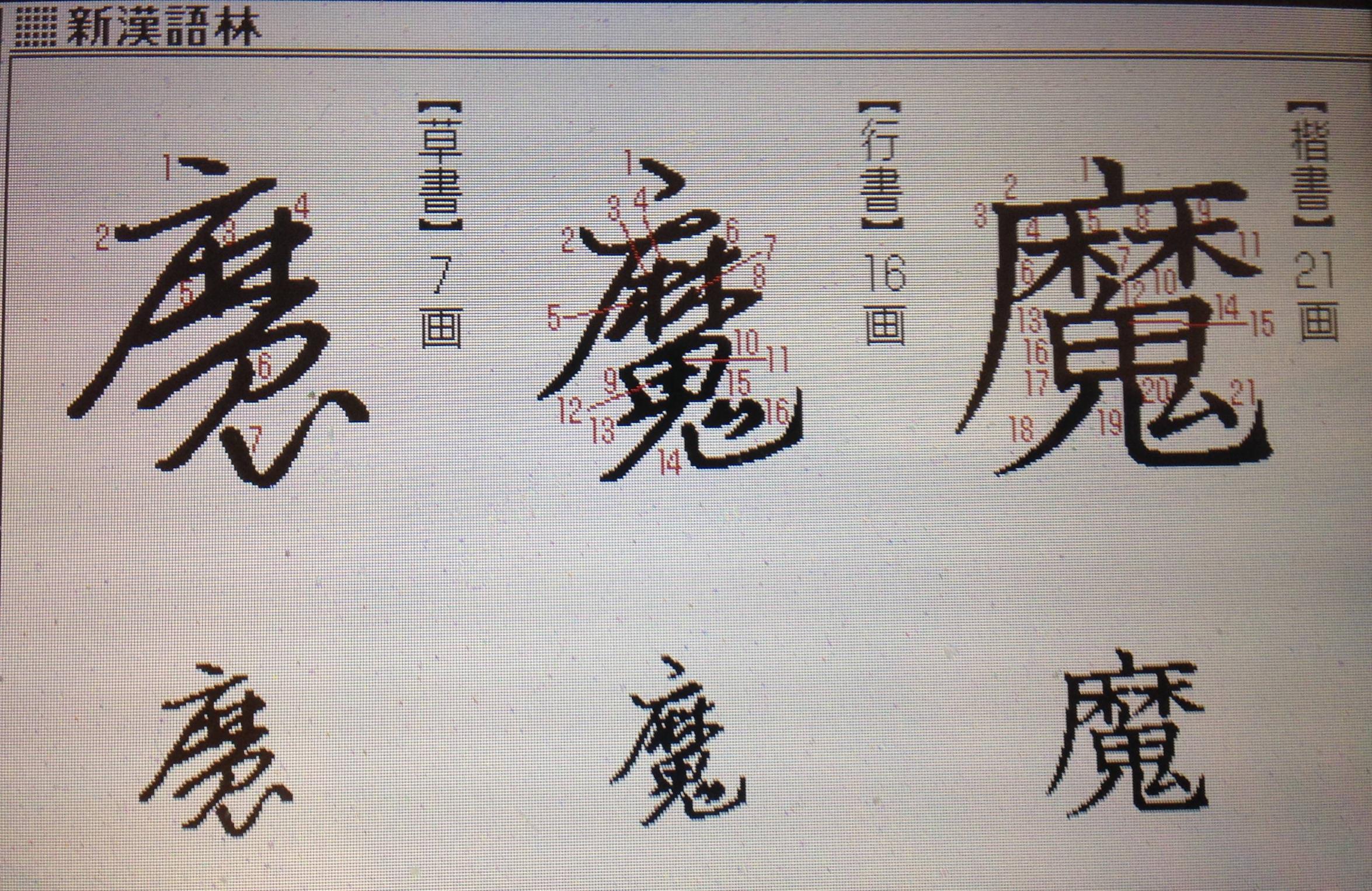 See how in each successive version the strokes become more connected, and there are fewer strokes total? The character in your image isn't the same as these, but similarly the strokes are more connected and the total number is somewhat reduced.

I think that the 林 portion is simplified with the last two strokes of each 木 together as one stroke, and then strokes 15 and 16 are connected (you can barely see stroke 16 but it's there where the pen curls back around and crosses itself). Strokes 20 and 21 can possibly be considered to be part of the last stroke, although it looks like they're entirely gone.

In 女, the top of the second stroke sometimes crosses the third horizontal stroke:

(image taken from the 常用漢字表)

Anyway, when I look at it my brain sees 魔女{まじょ}. My brain wants it to be the imperative form of a verb with せ, but if there is a verb like that I've failed to read it :-)

4
Is there a name for kanji compounds consisting of kanji with the same radical and for compounds with repeated kanji?
3
How to find alternative writings of a kanji in electronic form?
1
I can't identify this kanji
0
Help with kanji recognition
6
Relationship between radicals, components, kanji and words
1
Any help recognising a handwritten kanji?
1
I can't identify this semi-cursive kanji