Why concatenate three names into “PiPoPa”?

There is a 2008 anime-original series called Net Ghost PiPoPa. (For some reason, the version streaming on Crunchyroll is called "Web Ghosts PiPoPa", but the Hepburn is Netto Gōsuto Pipopa. Thus I'll stick with the name given by MyAnimeList and the English Wikipedia.) It is a kid show about a boy (Yuta) getting trapped in the Internet.

Anyway, Yuta meets three friends, Pit, Pot, and Pat (pronounced pitto, potto, and patto). They are web ghosts and live there. From their very first meeting, Yuta refers to them as a single entity PiPoPa. The Wikipedia entry refers to this name as "an onomatopoeia of computer beeps". 😐 Is concatenating three alliterative names like that something a Japanese child might do? It strikes me as very odd, not to mention naming the three obviously separate individuals as one entity. They also make it clear that they do not like being called "PiPoPa". 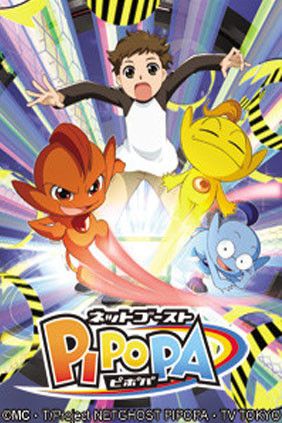 Japanese love both onomatopoeia and abbreviating things. If Takase and Nakamura were on the same team, you might call that the 'Takamura Team', or something similar. A little cheesy, but not unheard of. The name of a popular beverage producer, 小岩井 (Koiwai) comes from the names of three men: Mr. Ono, Mr. Iwasaki, and Mr. Inoue. The fact the PiPoPa sounds like computer noises just makes it even kitchier.

Not the answer you're looking for? Browse other questions tagged names anime or ask your own question.

13
Alignment of people's names
3
Can Japanese names be anything?
3
Why are words sometimes broken into syllables when said?
3
Why are Japanese personal names pronounced the same but written differently?
1
Why Do Japanese People Use the Kanji 塚 in their Names?
1
Are the province names of Japan translatable into English?
0
The use of Joyo Kanji in names
4
Historical naming conventions of Japanese first names? Modern interpretation of first names?
2
Loaned female first names