What are the rules determining the use of the dash in katakana?

As explained in this question, a dash character is used in katakana as an extension of a sound.

First, what exactly is this character called? A "nobasu mark"?

Anyway, I saw this sign in Shibuya the other day: 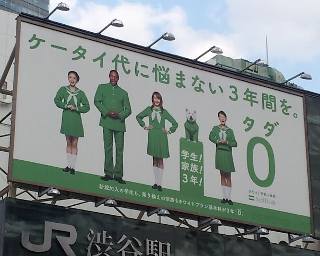 It's not a remarkable advertisement. It simply says 「ケータイ代{だい}に悩{なや}まない３年間{ねんかん}を。」, which means something like "Get a three year worry free mobile phone service plan." (Very loose translation.)

What struck me though is that in this case, they are using katakana for a word for which there is kanji: 携帯{けいたい}, and in that kanji, the first character is read けい. Not けえ.

I always thought that the purpose of ー was to extend the same sound from the previous character. Or, in other words, use the same 段{だん}, or "vowel row", in the hiragana syllabry. So the ー in ラーメン represents あ because it follows ら, both in the あ段{だん}.

Intuitively, of couse I recognize that ケー is probably more of a phonetic representation than anything rule based.

So, more out of curiousity than anything else, is there any set of rules which determine what exact sound a ー should be? I feel that as someone who has gained a familiarity with Japanese, I just unquestioningly intuit the reading for ー when I come across it, but if one were to try and explain it to someone completely new to Japanese, how would you do it?

First of all, you are right about ー: it always extends the vowel that came before it. (And the official name for it that I know is 長音符, ちょうおんぷ, "long sound mark", like cypher said.)

What struck me though is that in this case, they are using katakana for a word for which there is kanji: 携帯けいたい, and in that kanji, the first character is read けい. Not けえ.

This is actually an interesting issue. It is written けい, but the majority of "standard dialect" speakers in the majority of cases pronounce it as if it were written けえ. This includes newscasters and so on -- even NHK's accent dictionary recognizes けえ as the "standard" pronunciation of this sound.

You can test this by asking someone to say けいたい and then say ケースバイケース naturally and at a regular speed. Unless they suspect something, most of them will pronounce the first two morae of those two words the same. (When you yourself say けいたい at normal speed, does your mouth move during the けい? If not, you too are saying けえ.)

On the other hand, if you ask someone to pronounce the word けいたい mora by mora, most people will say け, い, た, い, and some people speaking carefully or trying to enunciate precisely might say けいたい rather than けーたい as well. I don't want to get into an argument about exactly who says けいたい and when; when you view standard-dialect speech patterns in the aggregate, it is widely agreed that けーたい is the most common way the word comes out. I could dig up some references for you if you like, but by necessity they would be to books about linguistics.

(Sidenote: Interestingly, this rule does not apply to "native Japanese" words like えい "ray [kind of fish]", which would not be pronounced ええ in the standard dialect. My impression is that more recent loanwords like スペイン also tend to retain the イ sound, and not turn out like スペーン. The /ei/ → /e:/ phenomenon is basically restricted to words using Chinese morphemes.)

In this particular case... Well, first, I disagree with Kaz's argument that it re-frames the word as a foreign word, although there might be an argument that it is about non-native pronunciation, given the context -- "oniisan" and all that. But I'm not sure how likely that is; really I think they are just trying to come off hip and relaxed (note that even if you spell it kanji, "携帯代" is slang).

けい denoting the sound けえ is the result of some historic process of evolution within the Japanese language.

Katakana is used for phonetic spellings of foreign loanwords (among other uses).

In this use, 携帯 is being re-framed as a foreign word to be spelled phonetically (because it is cool or unusual or whatever: this is advertising logic).

So ケイ would not be used, for the same reason it's not used in ケーキ (cake).

(But maybe in the next revision of the ad, they will try ケイ just for its attention-getting effect!)

Anyway, since ケーキ is a loan-word, it wouldn't make sense to give it a spelling which would try to make it look like it is actually an old Japanese word which evolved to a modern "kee..." pronunciation, but retained a historic spelling!

If a word containing the sound "uff" is borrowed into English, should we spell it "ough", like "tough"?

Changing the prefix and suffix of "suffix", we obtain "soughicks".

Not the answer you're looking for? Browse other questions tagged readings katakana orthography .

29
What does the use of a dash (instead of a character) to extend a sound mean?
22
How 「えい」 should be pronounced in the words like 英語, 先生, etc?
6
Does the ー represent a double vowel or a long vowel sound?
1
Hiragana - Long vowel e (ei or ee)