Why Was Jaguar Borrowed as ジャガー?

It's listed as being borrowed from English, but even if it were the case that it had been borrowed from Portuguese, it's still pronounced /ɡwɑɹ/ and not /ɡɑɹ/. Japanese phonology is also perfectly capable of handling this--it could have been ジャグアー or even ジャグワー. But in every single instance I've seen, it's ジャガー. Why did they borrow it like this?

The glide /gw/ may have been preserved in spelling for native vocabulary until at least the kana orthography reforms, but was completely lost in recent pronunciation. I'm thinking that when the word jaguar was borrowed into Japanese, /gw/ was transformed into /g/ to fit Japanese pronunciation at that time.

This actually happened to quite a few words (mostly proper nouns): 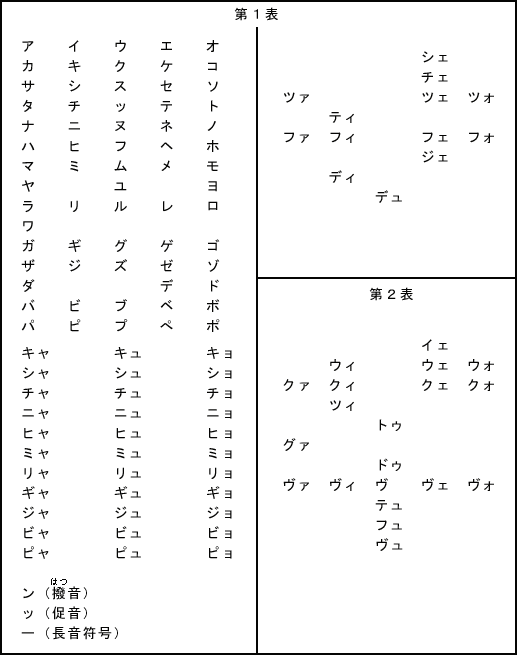 Basically, although the orthography prescribes spelling foreign loanwords originally pronounced with /gw/ with the sequence「グァ/グア/グヮ」, from the traditional loss of the glide in /gw/ it is valid to not pronounce this glide at all, reflected in the accepted spelling「ガ」for some of these loanwords and the use of「[貝]{がい}」in some older kanji representations of these loanwords. Jaguar was probably borrowed without the /gw/, fitting contemporary Japanese phonology at the time, and just represented as such as「ジャガー」.

Why is there no /w/ glide in the Japanese?

I cannot find anything definitive describing this. I can't even find when the term first entered the Japanese language, though presumably this can be discovered by spending more time researching. (I am finding tons of pages about the brand of car...)

According to Shogakukan's 国語大辞典【こくごだいじてん】, the Japanese term ジャガー (jagā) derives specifically from American English. This explains the lack of any /j/ glide, as in the British pronunciation /ˈdʒæɡjuːə/. The Japanese Wikipedia article somewhat incorrectly notes that the term jaguar derived from a South American language term like yagā, which would explain the lack of any /w/ glide -- except the derivation I'm more familiar with is Old Tupi îaûára, which has a /w/ but no /ɡ/ at all. The entry at Merriam-Webster (currently seems to be broken in Chrome; works in FireFox) uses the older spelling jawára, also with a /w/ but no /ɡ/, so I think the JA WP article must be mistaken. It's worth noting that both Spanish and Portuguese have sometimes borrowed medial /wa/ sounds as ⟨gua⟩.

However, all that said, the derivation of the term only deepens ...

Depending on the date of initial borrowing, snailplane's mention of the shift in Japanese from /ɡwa/ to /ɡa/ could be our best bet.

I believe it is because the spelling "グワ" is considered as non-standard pronunciation in modern Japanese. There is no publicly defined rule book, but I feel the usage of "グワ" is limited to express noise, yelling or moaning. 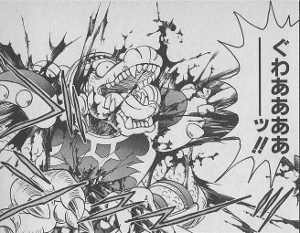 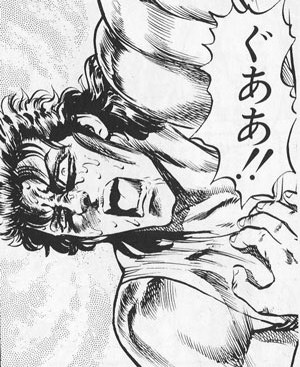 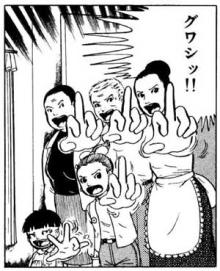 What comes into my mind when I think of the pronunciation "グワ" as a noun is "シークワーサー(shi-kwah-sah)" which is a name of a fruit from Okinawa district. Okinawa historically belonged to a different nation; so they use a different language. In main land of Japan, the usage of pronunciation クワ/グワ is limited. 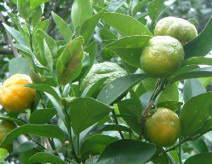 I cannot remember any other examples than this...

My best guess is that Japanese people used to spell as ジャグワー in old day, ( say in Edo era or somewhere ) but along with the word was getting popular and common, people started to avoid the uncommon pronunciation of グワ so it changed to ジャガー. I cannot find any written evidence of it, but such process of simplification is often observed in Japanese loan words.

I believe that it is common for Japanese to avoid a specific spelling because it is not considered as standard pronunciation even if the Japanese spelling system has an ability to express its original foreign originated pronunciation of a loan word.

For example, Van Halen is usually spelled as バン・ヘイレン(ban heiren) not as ヴァン・ヘイレン(van heiren) because ヴ is not considered as a standard pronunciation and it is supposed to be spelled as ブ. But in the recent ten or twenty yeas, this situation is gradually changing and people are getting accepting the spelling ヴ.

Japanese loan words are so broad. This time, I have researched for several hours to write this, but it turned out that most of part is not related with the answer. I think I am going to leave the information I collected this time below for people who are interested this topic.

The following explanation is not based on formal study, but I believe this point of view is shared as a common sense among Japanese people.

In my opinion, Japanese loan words might be roughly classified by the Japanese historical eras. Depends of the era when a loan word imported to Japanese language, different pronunciation conversion rule is applied.

Japanese imported a great number of loan words from China at Heian era. This group of loan words are playing very important role in the language; these are called 漢字 Kanji.

In Muromati era, a Spanish Christian preacher Francisco de Xavier came to Japan and bring the "good news" to Japanese people. In this era, Japanese government were running trading business between European countries such as Spanish Portugal and Holland. So loan words that were imported in this era, are very likely originated in these countries.

According to アンカ･フォクシェネアヌ , following words are loan words which are imported by Yukichi Fukuzawa 福沢諭吉{ふくざわゆきち}.

Note that since Yukichi Fukuza was official translator of English at the end of Edo era, the loan words he imported are mainly from American English.

Following words are loan words which are imported by Soseki Natume 夏目漱石{なつめそうせき}.

His style of importing is distinctive. He translates the words as Chinese kanji words, then put a ruby to the word. This style is considered stylish and it also work as an effect to express exotic atmosphere. This technique is still used today in Japanese comics, too.

In the end of Edo era, he worked as a translator. According to the wikipedia, he was one of the first Japanese people to visit the United States and an important translator during the Opening of Japan.

Later day, Manjiro's conversion rule was disputed by the Japanese government and the government accepted the Hepburn's rule as standard.

Hepburn's rule is a method to spell Japanese words by alphabet. Hepburn's rule was invented James Curtis Hepburn in 1886. See Romanization of Japanese. Japanese romanization rule is a topic which is so broad. Please read other articles for further information.

Romanization rule is usually used to convert Japanese to English not English to Japanese; so strictly speaking, it is slightly off topic here. But it still have strong influence to the way how to import foreign originated words into Japanese. It is a good opportunity to have a glance. 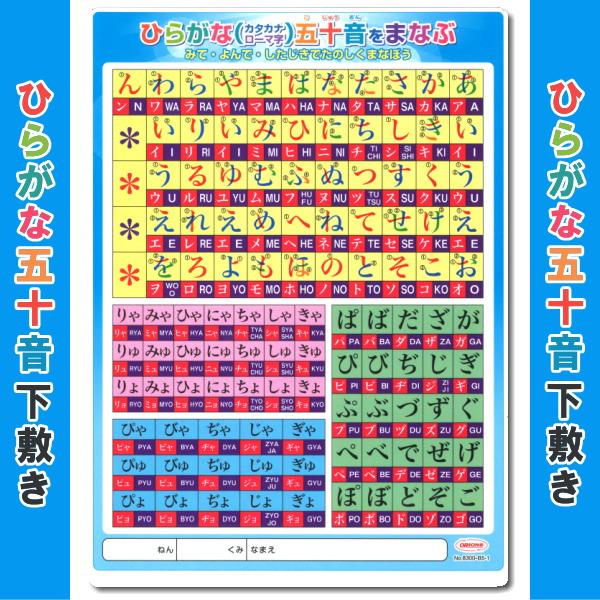 This is a table Japanese kids are obliged to memorize with nine to nine Multiplication table. This conversion rule is called ヘボン式.

After the second world war, Japan came under the strong influence of United States; the most loan words which were made in this era are imported from United States. The loan words in this group are so broad so I cannot list all of the words here. Technical terms which are related to IT things belong to this group. There are MANY.

And as far as I know, there is no authority that makes decision how to form the rule for importing loan words. This is always the source of a lot of confusion for Japanese people,too.

I remember that in late 80's there was a controversy about how to pronounce a computer game "Ultima" . Now it is commonly called "ウルティマ" but in the era of the dawn of the Japanese computing, there were some people insist Ultima is supposed to be pronounced as "アルティマ" because according to them アルティマ is more precisely reflect the actual English pronunciation. After the war, アルティマ was disputed and it is called ウルティマ till now.

Japanese people often call it as "大人の事情(otona-no-jijoh)" with euphemism.

Not the answer you're looking for? Browse other questions tagged etymology loanwords phonology or ask your own question.

14
Why did オレンジ replace 橙【だいだい】?
19
What is the more common pronunciation for the r­ōmaji letter Z in Japanese?
10
Why aren't マンション mansions? Or are they?
0
An appropriate word for "psyllium seed husk powder" that doesn't describe it as a laxative? (Plantago psyllium L)
17
Why doesn't Japanese have a special Katakana form for "hu"?
8
Why did the 黄色い線 become the 黄色いブロック?
1
What's the origin of the title 親王?
12
Why is デレる ichidan? (Etymology of デレる and デレデレ)