I was watching a video and I heard this word "シンメ状態". 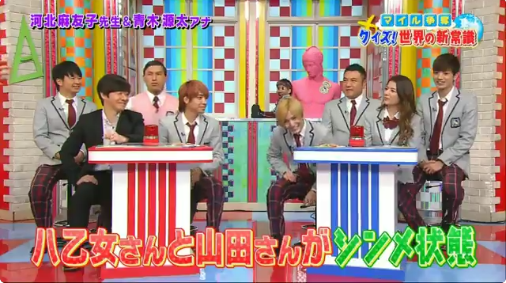 Somehow I believe I have heard this word before, but I still could not make any sense of it from the dictionary.

Was it some kind of phrase or something?

シンメ is from シンメトリー ("symmetry") and initially referred to performers dancing symmetrically in the mathematical sense, like a mirror-image.

Then it gained a broader sense among idol fans, and it now mainly refers to two idols within a group who often perform together and are considered as a "pair". For example, the person in the video mentions やまちね (山田涼介 and 知念侑李), who can be considered as a シンメ in Hey! Say! JUMP. Most people in Japan know nothing about やまちね and シンメ, so I think the person in the video said it to show his knowledge about J組.