Can 象徴 also be translated as “indication” or “omen”?

All the dictionaries that I checked translate 象徴 as "symbol". However, is it also possible that in certain contexts 象徴 means "indication" or "omen"? The reason I'm asking is because I'm struggling with a sentence that contains this word and I'm pretty sure it would make absolutely no sense to translate it as "symbol".

For example, the sentence in the link below:

It seems to me like the author uses 象徴 in the sense of "indications" or "signs".

I think the Chiebukuro question can be straightforwardly translated using symbol as "What is the thing that is considered as the symbol of the disaster of the ice age?" This 象徴/symbol is used in the same manner as "The lion is a symbol of courage."

By indicator/sign/omen, do you mean "a precursor that happens before some bad event"? Then, no, that's not what 象徴 means. 象徴 never refers to something that portends an important event. Omen is usually translated as 予兆 or 前兆 in Japanese, but not 象徴.

By the way, I think the correct answer of this chiebukuro question should be "甲鱗のワーム/Scaled Wurm from Magic: The Gathering. In the Japanese version of the flavor text of this card, "they embodied the worst of the Ice Age" has been translated as 氷河期の災厄の象徴だった. Apparently 氷河期の災厄の象徴 is famous among Japanese MTG fans as a nickname of this creature. This user has asked some other MTG-related questions. 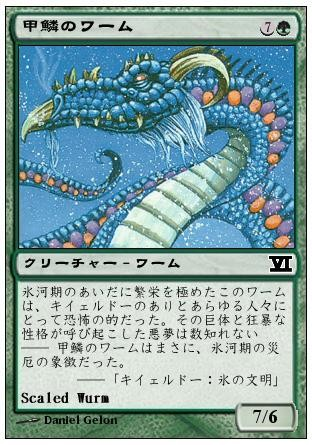 Since the questioner of this article does not seem to understand the words 災厄 and 象徴 so accurately, the OP's interpretation as "indications" or "signs" for 象徴 is correct.

I interpret it as "typical examples" or "representative examples".

2
Can 依存はない mean “no objection”?
15
Understanding the usage of もう with present tense verbs
3
Help understanding how particles and structure (∅, より, ようと, を) affect this translation
3
Can 神様 also be translated to “Oh god”?
2
Did I translate the て-form correctly in this sentence?
2
What is a good way to translate “They mistakenly charged both the school and me for the same thing”?
1
Does the nanda at the end of ここはどこなんだ mean “what”?
1
Does the も particle mean “as far as” in the following sentence?