Usually, the result looks like this: □
A kind of empty rectangle. Sometimes it shows the code for that character within the rectangle. 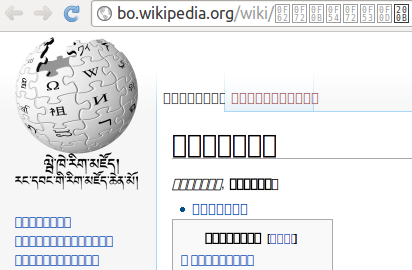 How do yo call this phenomenon in Japanese?
If there is no name, is there a common term referring to this "missing glyph square" in Japanese?

As far as Internet slang goes, the word 豆腐{とうふ} is often used as a term for replacement glyphs because of their rectangular shapes, and 豆腐[化]{ば}け or 豆腐[化]{か} describe the phenomenon in one word.

It is still a case of 文字化け. 文字化け means the phenomenon where characters are shown incorrectly on computers, and its cause is not necessarily a mismatch of character encodings.

I do not know a specific term for the kind of 文字化け which you are talking about. I would say something along フォントが足りないことによって起きる文字化け.

By the way, the glyphs used in this situation are technically called replacement glyphs in English. I do not know how they are called in Japanese, but I guess that there is some technical term for them in Japanese.

Update: As Dono pointed out, some people use the word 文字化け in the narrower sense which you explained in the question. (See the note page of the article in Japanese Wikipedia to see an example.) I do not know if there is a better term which everyone agrees on.

Not the answer you're looking for? Browse other questions tagged terminology computing or ask your own question.

42
What do the shapes △ ◯ ╳ ◻ mean in Japanese? And are there variations in meaning, depending on whether or not the shape is filled?

12
What to call the characters-based decoration found in many announce emails
11
What do you call brothers or sisters of the same age?
6
Could a translation error lead to squares to not be considered as rectangles?