I want to know what ２浪してるんだ means, also I assume the "2" means that the kanji is repeated twice, right?

I thought the hiragana at the side is telling me how to read this kanji (へえ) but looking up on romajidesu.com I see that this kanji "on" reading is rō (ロウrō)

The sentence that is coming after that is 根性 あるねえ 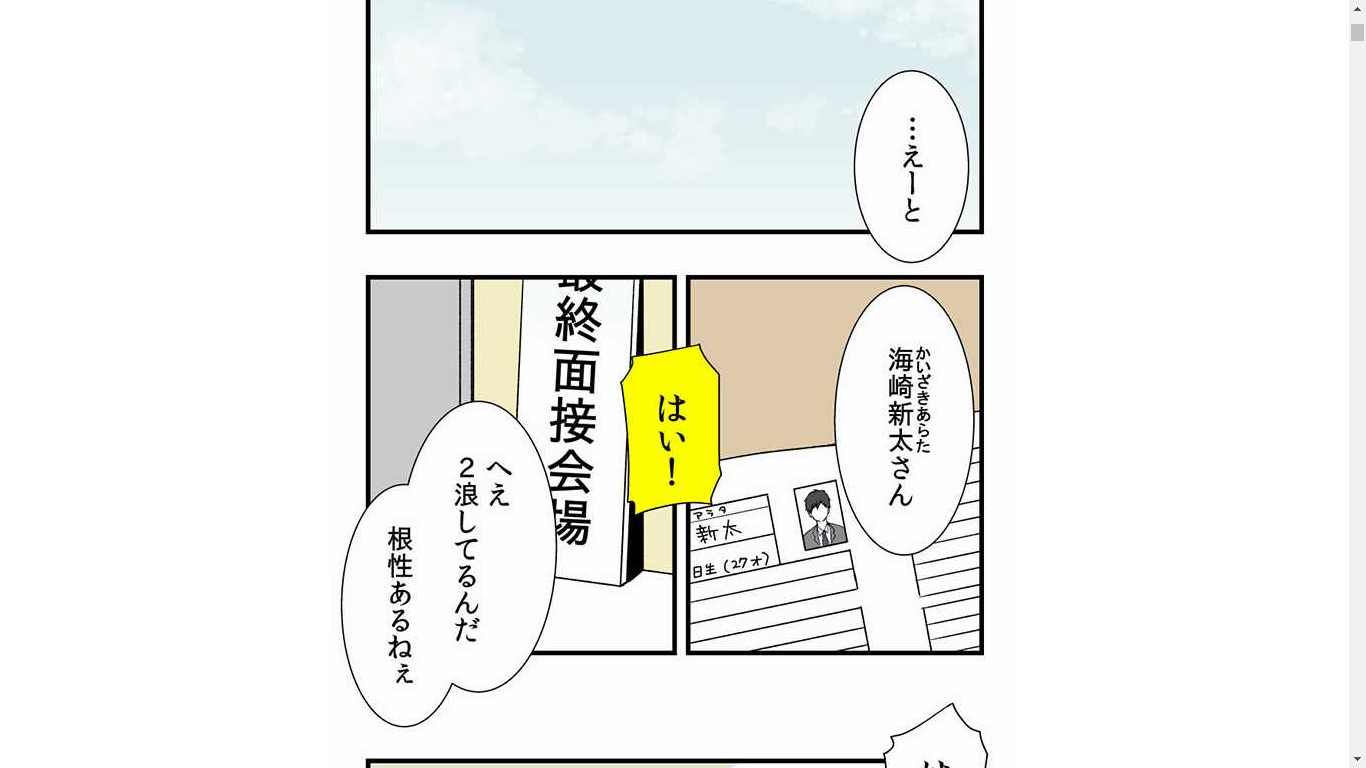 As for へえ that is at the side of 浪, it is not the furigana that tells how to read the kanji as you know, but it is the first part of the sentence. So, the whole sentence should be read like へえ ２浪してるんだ 根性あるねぇ.

Edit: As for ２浪, it is also written as 二浪 and both are read as ni-roh or にろう. [２浪]{にろう} or [二浪]{にろう} means a person that has been "浪人｛ろうにん｝rohnin" for two consecutive years. The meaning of a rohnin is here. It is mainly used for the high school alumni who have failed twice in the entrance examination of the university/college that they desired to enter as is explained in another answer. Not so many but it is also used for those who have failed to find a job in a desired company. Rohnin seems to be a peculiar custom in Japan, but since it is an ordinary word for Japanese, please understand it as one of Japanese words and also Japanese customs to learn.

As for the manga, when I look at the resume, the person is a man and 27 years old. He is going to take the employment exam (in this case, an interview for job) in order to get a job at his desired company.
In the manga, the interviewer knows that the job seeker failed twice in the entrance examination of the university he desired by reading the record of the resume, so the interviewer said to the job seeker admiringly that "2浪してるんだ 根性あるねぇ. You experienced rohnin for two years, right? I know you have enough guts."

In general, if we fail in the employment examination of the company or government office we want to work for, we will give up them and work for another company and the like. However, if the person can not give up them, they will wait for one year by becoming rohnins or １浪 and take the employment exam of them again in the next year. If they still fail in the exam, they will also become rohnins or ２浪 and take the exam of them in the next year.

We call the people who can enter university soon after graduating from high school 現役.

一浪 means "failing college entrance exams in the year of graduating from high school and retaking them a year later".

"Oh... you took two years to enter university. You are tough."

I guess this 根性あるねぇ has two feelings of the interviewer, seeing this situation only.

Generally speaking, 浪人生 burden their parents in financial or mental aspect. So they study so hard during the year to pass exams, otherwise they change the goal. 二浪 indicates that this person did not care his parents in his deep mind.

To see his answer はい！ Kaizaki san does not seem to be even worried about the interviewer's irony. I think him to be an actually thoughtless, free-from-nervous type of guy.

Not the answer you're looking for? Browse other questions tagged meaning manga or ask your own question.