From what I understand, the hiragana characters above should make the word jidoushiya, but for some reason it is actually jidōsha.

Why did the word change this way even though the characters are:

The small ゃ is different to the larger や. When using the smaller ゃ after a character in the i-line, it modifies the sound before it;

As for the ō, this is a notation which refers to an extended sound. Following お with う extends the sound to be twice as long, and this can be written either as 'ou' or 'ō' depending on personal preference.

Edit: this shows all the ways you can modify characters in this way in hiragana: 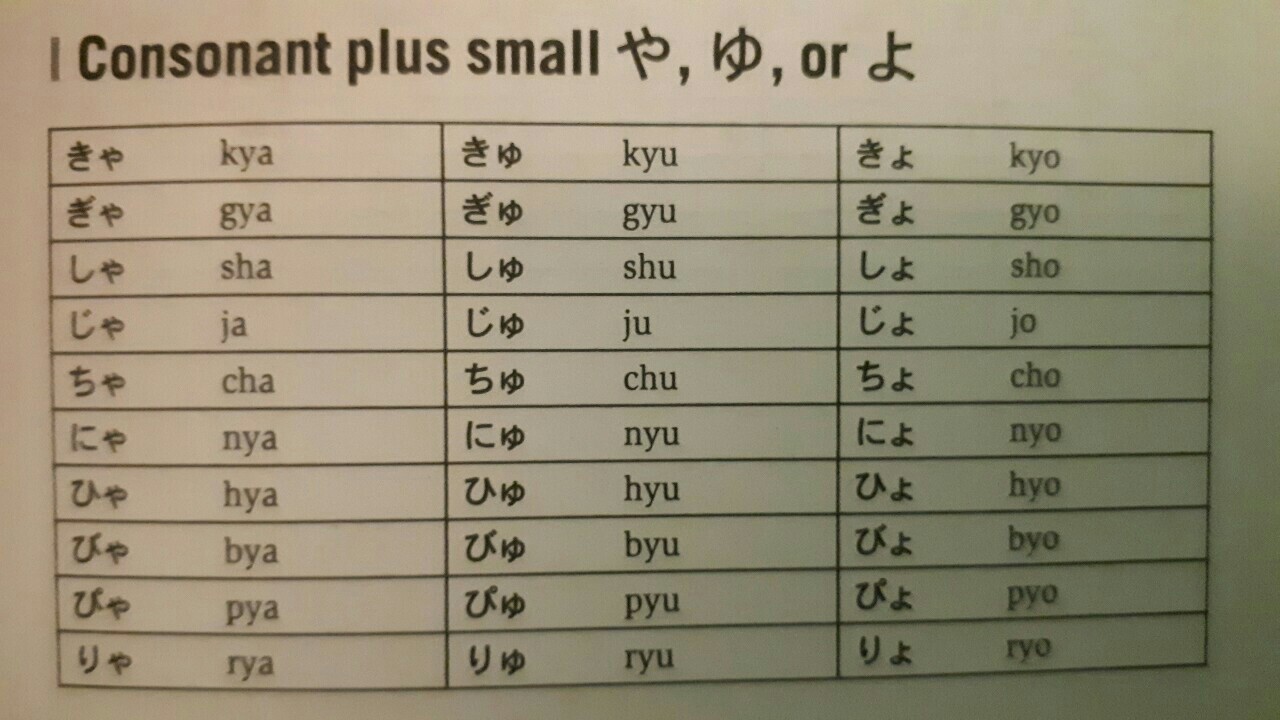 You can also do similar things with katakana such as ティ='ti' because this isn't normally a sound you can make in Japanese. These can usually be guessed, though.

The combined form is said as 拗音 (yō-on), as contracted form which special mora (syllable) formed by palatalized sound. Unlike chō-on (長音 = long sound) which counts as 2 moras, even written with 2 letters (the second one is smaller form of ya, yu or yo) it considered as single mora.

自動車 (jidōsha) as example word consists of 4 moras, all of them are on-readings from their respective kanji:

Not the answer you're looking for? Browse other questions tagged pronunciation orthography rōmaji or ask your own question.

1
Why is テ pronounced as “ti” in パーティ?
1
How do you write cho, chu, che and cha in Japanese using hiragana?

5
How do we tell whether two hiragana should fit in one mora or two?
14
Why do TV subtitles use spaces (instead of commas)?
4
What does this person mean by "doryo" in this context?
1
Intuitive or logical way to know when to use a kanji spelling vs hiragana spelling?
3
Why do people romanize 五兵衛 as "gohei" instead of "gohee"?
0
About the surname Yos(h)ida
8
Why is D written as Đ in Japanese handwriting?
0
Why is ふい written in hiragana?
24
Why are police boxes labeled Koban (in roman letters) in Japan?