What are the lexical differences between these words?

手{て} — arm/hand — arm in general, from fingers to shoulder.

However in Hamada Mariko's "Love Song" there are the following lyrics:

頭{あたま} — head — part of body formed by skull and everything inside and attached to it: brain, jaws, eyes, ears, nose, scalp.

首{くび} — neck — part of body that connects head to trunk.

However, character Celty from anime series "Durarara!" who has no head says:

It sounds confusing because however I look at her she has a neck but nothing above it: 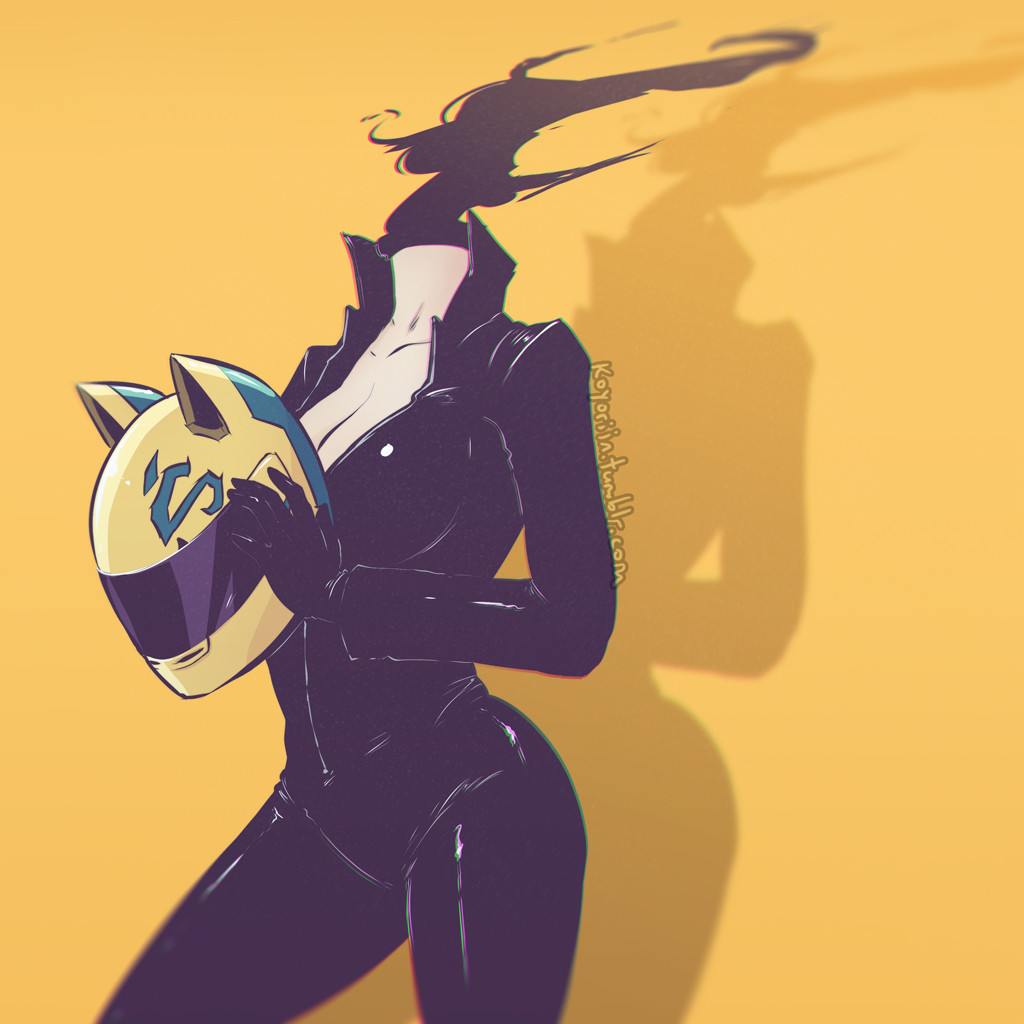 [other meanings metaphorical or extended.]

All quotes from the electronic edition of the Kokugo Daijiten, translated by me.

I strongly recommend consulting native Japanese dictionaries for this kind of doubt, rather than just lists of English glosses. If you can't read Japanese at that level yet, try Kenkyūsha's Japanese-English dictionary, which has each word broken down into its various senses with sample usages of each.

Regarding Celty, consider that in Japanese set expressions like "cut off their head" or "bring me the head of their general" use kubi, not atama for "head". We've seen that kubi can be a synonym for atama; but, just like in English one can "kill time" but one cannot "murder time" or "assassinate time", in Japanese kubi is, by normal usage, the word of choice in those contexts. Given that, it's no surprise then that e.g. the Celtic ghost Dullahan is described in Wikipedia as a 首のない男, while a headless knight is a 首なし騎士.

What are the lexical differences between these words?

The definitions of these words and the lexical differences between them could be examined in a dictionary. As far as I have examined, it is exactly as answered by others. However, for those words are very familiar to us, I couldn't ignore the subtle differences between the definition in the dictionary and the recognition of how we understand these words in our daily lives. So, I will show you a normal understanding of Japanese people without too much biased in the definition of medical knowledge or dictionaries.

However, character Celty from anime series "Durarara!" who has no head says: 首{くび} をなくした、首{くび} を探{さが}す。 It sounds confusing because however I look at her she has a neck but nothing above it:

In this case, 首{くび} implies a head or the 頭部｛とうぶ｝" in the picture.
As the usage of "首" similar to the case you showed, there is a phrase "首を取｛と｝る". In this case, "首" in "首を取る" also implies "head" or 頭部 in the picture, and the phrase is a short form of "首を切｛き｝り取る". Of course the phrase actually means "頭部｛とうぶ｝を切り取る". As the result, the head is separated from the torso at the neck, but the means to make the head separated from the torso is not to tear it off from the torso but to cut it off at the neck.

Because "首がない" is a phrase in an animated cartoon, the phrase meaning "頭部がない" is used as if there were not any serious problem in it, but basically the state without a head is abnormal, so it is an expression could be used only in animation.

A word "首" in the meaning of head is used in the specific case of cutting off someone's head and killing them．This kind of conduct is rarely done now, but 首 is more often used now figuratively in the meaning of "the top of an organization". In this sense we say like "首を挿｛す｝げ替｛か｝える", "首を差｛さ｝し替｛か｝える" or "首を替｛か｝える" when dismissing the top of an organization and changing it in the figurative sense. For ordinary people, "首を切る" is commonly and also figuratively used to mean "to dismiss or fire someone". As for this typical case, to the employee who made a big mistake or gave a major loss to the company, the president would say "お前｛まえ｝の首を切る！" meaning "お前を解雇｛かいこ｝する", but usually he would say simply "お前は首だ！" or more simply "首だ！". I think this simple phrase has momentum and meaning comparable to English phrase "You're fired!"

In this sense, a gesture of slashing the neck in the form of a karate chop is figuratively used.

Regarding 腕｛うで｝, the nuance of the place that means "腕" in "腕時計｛うでどけい｝ wristwatch" and "腕" in "あなたの腕の中｛なか｝で in your arms" in the examples by the questioner are quite different. "腕時計" is the only correct word for a "wristwatch", but the part of the body where we wear a watch is said "手首｛てくび｝ wrist" and never said 腕, though the "手首 wrist" is the part of the "腕 arm" that is shown in the picture. By the way, we never say "手首時計" for a wristwatch. I am very sorry for those studying Japanese, but I certainly think Japanese is complicated.

Attention is necessary also regarding "頭｛あたま｝" and "顔｛かお｝" shown in the picture. As is written in OP's question and in another answer, in many dictionaries, "頭" is defined as follows: "頭" is "the part above the neck including the brains, eyes, ears, nose, mouth etc.", but in Japanese as in the picture, 頭 and 顔 are in different places in the "頭部｛とうぶ｝ head". This is the same as the alternative definition in leoboiko's answer. Specifically, the 頭 refers to the place where hair grows, not including eyes, ears, nose and mouth. We say 頭を洗｛あら｝う for "to wash one's hair" and 頭を乾｛かわ｝かす for "to dry one's hair". This is a clear evidence for that 頭 is the place where hair grows.
In Japanese, you would say as "ヘルメットは頭を守｛まも｝る道具｛どうぐ｝です A helmet is gear to protect your 頭", but even if your helmet does not protect your 顔, you will not complain. Because we understand 顔 is not included in 頭 unlike the general definition of dictionaries. This is another evidence for what 頭 is.

顔 refers to the front of the head or it refers to a portion that enters into sight when viewing the head from the front vaguely.
Since "耳 the ears" are located in a position difficult to be classified when viewed from the front, opinions are divided, but many Japanese including me do not regard the ears as parts of 顔. However, teachers of painting seem to think that they want to include the ears in the parts of 顔, because when they say "正面からの顔を描いてください Please draw a picture of the face from the front" to the students, it is natural that they intend to let their students to draw the front view of the head including ears.

When you say "手で顔を覆｛おお｝いなさい！ Cover your face with your hands!" or "手で顔を隠｛かく｝しなさい！ Hide your face in your hands!" to the Japanese people, they would cover the front of the head, so called the face, with both hands, but they would not hide the ears. I think it is not because the two hands are not enough wide to hide up to the ears, but because, I think, they do not think the ears are the parts of 顔. In my strict definition, 頭部 the head contains 頭, 顔, and 耳 ears as is shown in the picture. The Japanese who hear my definition will show an unpleasant face at first, but after a while, I think that they will convince and nod their head in agreement by seeing the picture. As a supplementary explanation about 頭, 顔 and 耳. 顔 is the part excluding 頭, the part where a hair grows, from 頭部, the head excluding the neck, and leaving organs related to a facial expression. Regarding the organs not related to a facial expression, the nose is the same as the ears, but nose is included in 顔 because, I think, it is in the middle of 顔.

Speaking of 顔, I already explained that it is related to the front of the head or a facial expression. As I said before, there is an interesting metaphorical or figurative meaning in 首, as well as in 顔 there is a figurative meaning with the actual meaning. In another sense, 顔 or the face can be defined to be "the part by which we can recognize or identify who the person is".

In relation to this meaning, there is a phrase "顔が見える" or "顔が見えない". There are also expressions as adjective clauses like "顔の見える" or " 顔の見えない".
These expressions are used in actual cases where the face is not visible because it is specifically shadowed or he/she is looking behind, but it is also used figuratively besides that. For example, it is used like "顔の見えないODA 援助 (Official Development Assistance) ". In this case, "顔の見えない" is used to mean "not known who it is". In other words, it means "ODA assistance not being known which country made(/is making) it". 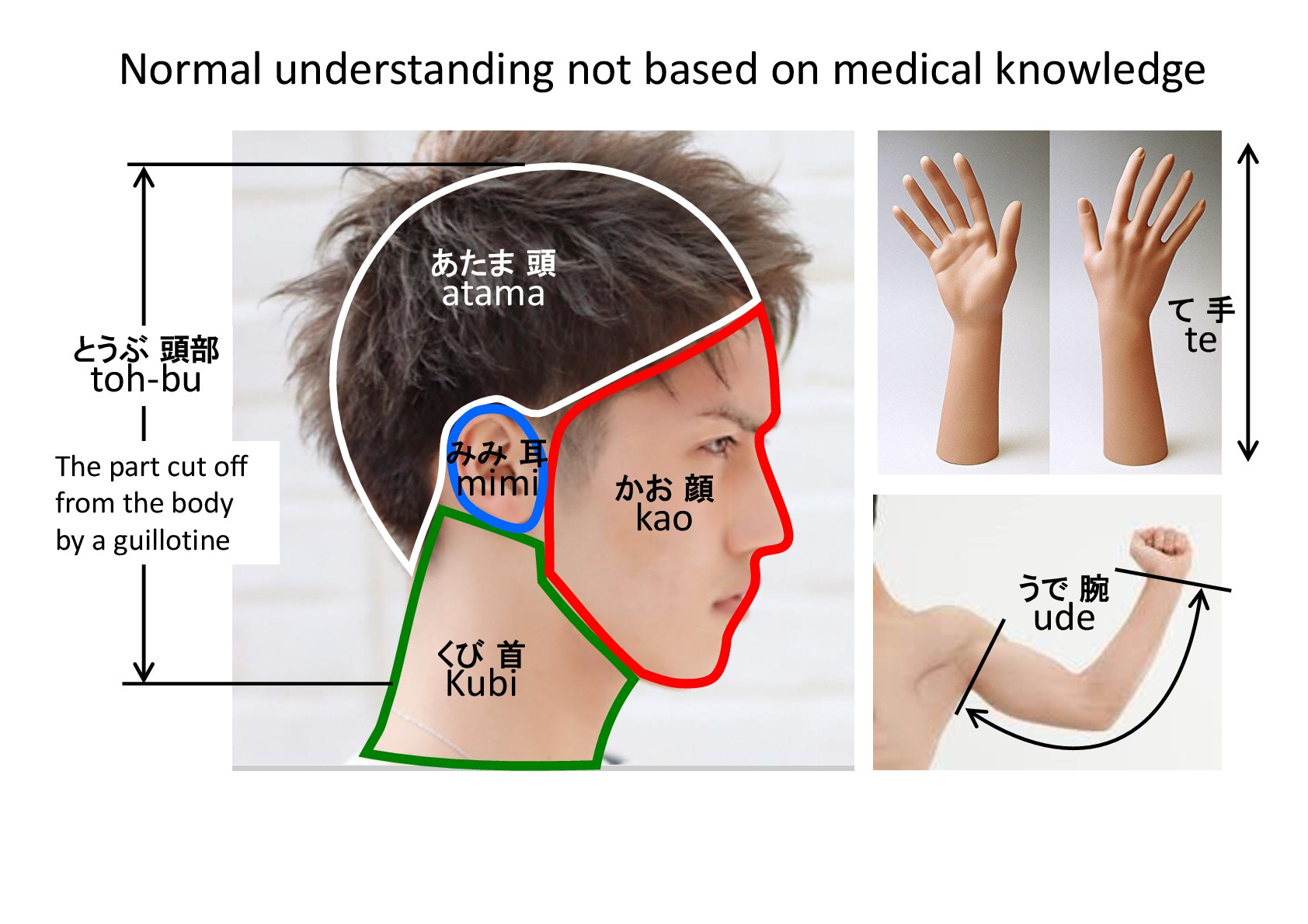 Not the answer you're looking for? Browse other questions tagged meaning words usage or ask your own question.