What is the thing written in grey that sometimes shows up in the macOS Sierra dictionary app?

In the macOS Sierra dictionary app, sometimes when I look up a word, there is sometimes this thing that's in grey written on the right of the word that I searched. For example, 管理人: 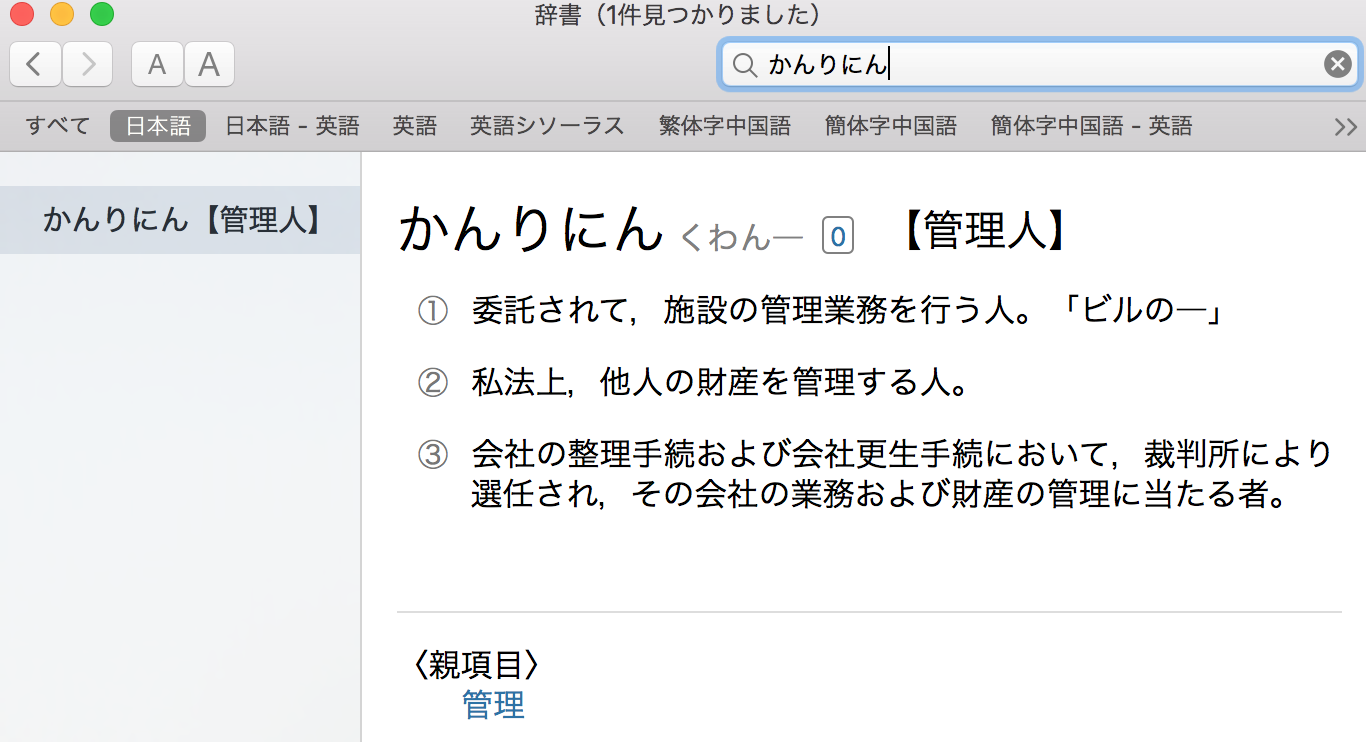 The thing written in grey is くわんー. What does this mean?

I know that grey text is used to show the "old" forms of some words, like 言う→言ふ:

I thought things like 卵巣癌、更新、検討 are quite new. Maybe this grey text is something else?

It is archaic form of writing called 歴史的仮名遣い. It was not until November 16, 1946 that Japan began using modern writing form(現代仮名遣い). For that reason 歴史的仮名遣い was widely used those days, and today in Japan you can sometimes see literature written then. That is why modern dictionaries have the old spelling.

"ー" is used to show the part is written in the same way of modern Japanese. For example, ーさうー for 卵巣癌(らんそうがん) means it is written as らんさうがん in 歴史的仮名遣い.

Not the answer you're looking for? Browse other questions tagged dictionary or ask your own question.

5
-たい words and a student's confusion
12
What does exactly does さま mean in dictionary definitions?
15
Some Japanese dictionaries (e.g. 大辞林, 大辞泉, and 明鏡国語辞典) use this inverted triangle outline symbol (▽) for some kanji compounds. What does it mean?
6
How was the first Japanese-English dictionary made?
3
What is the most “comprehensive” kanji dictionary?
3
What does the hyphen in this dictionary entry mean?
2
Why the word 宣材 is not in the dictionary?
2
What does てよりかか mean? Found in the Shinmeikai dictionary