A dictionary lists 最高 as being both a no-adjective and na-adjective. I've also seen other examples of this. However, is there a difference between using it either form since they're both attached to nouns?

Basically you should stick to 最高の～. Personally I feel 最高な～ sounds slightly peculiar.

I found the following in A Dictionary of Advanced Japanese Grammar:

However, some words can take either na or no, as shown below:

So in short, the meaning of the adjective does not change between the use of な or の。 Directly answering your question, 最高の and 最高な have the same meaning, and the usage is the same as well. However, if there are nuances on when to use な over の, I don't know them. I suspect that only those who have studied Japanese for a long time would know the nuances, if there are any.

Below, I will include a few attached pictures where I found this information. It's an interesting and fantastic read when studying adjectives! 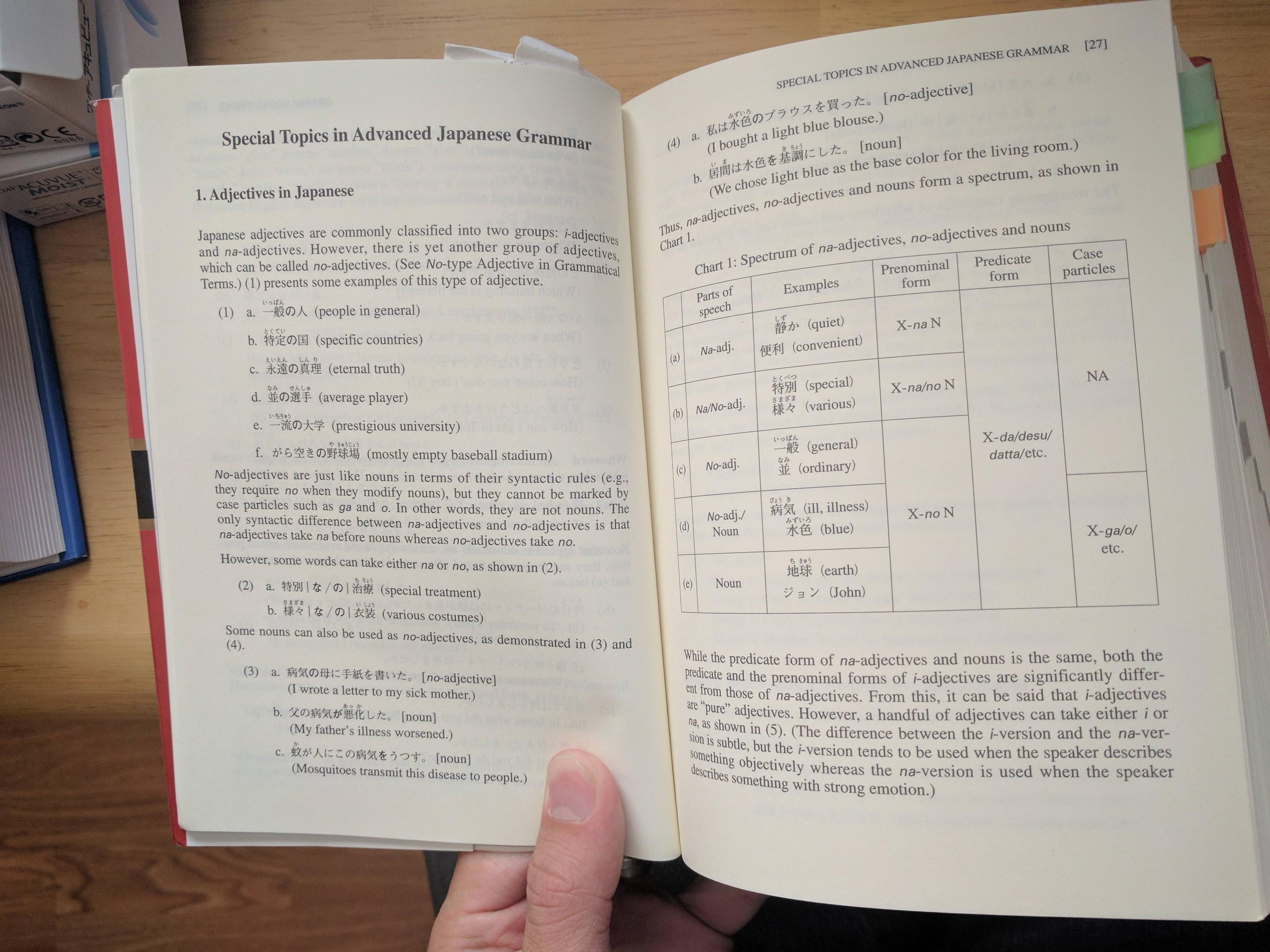 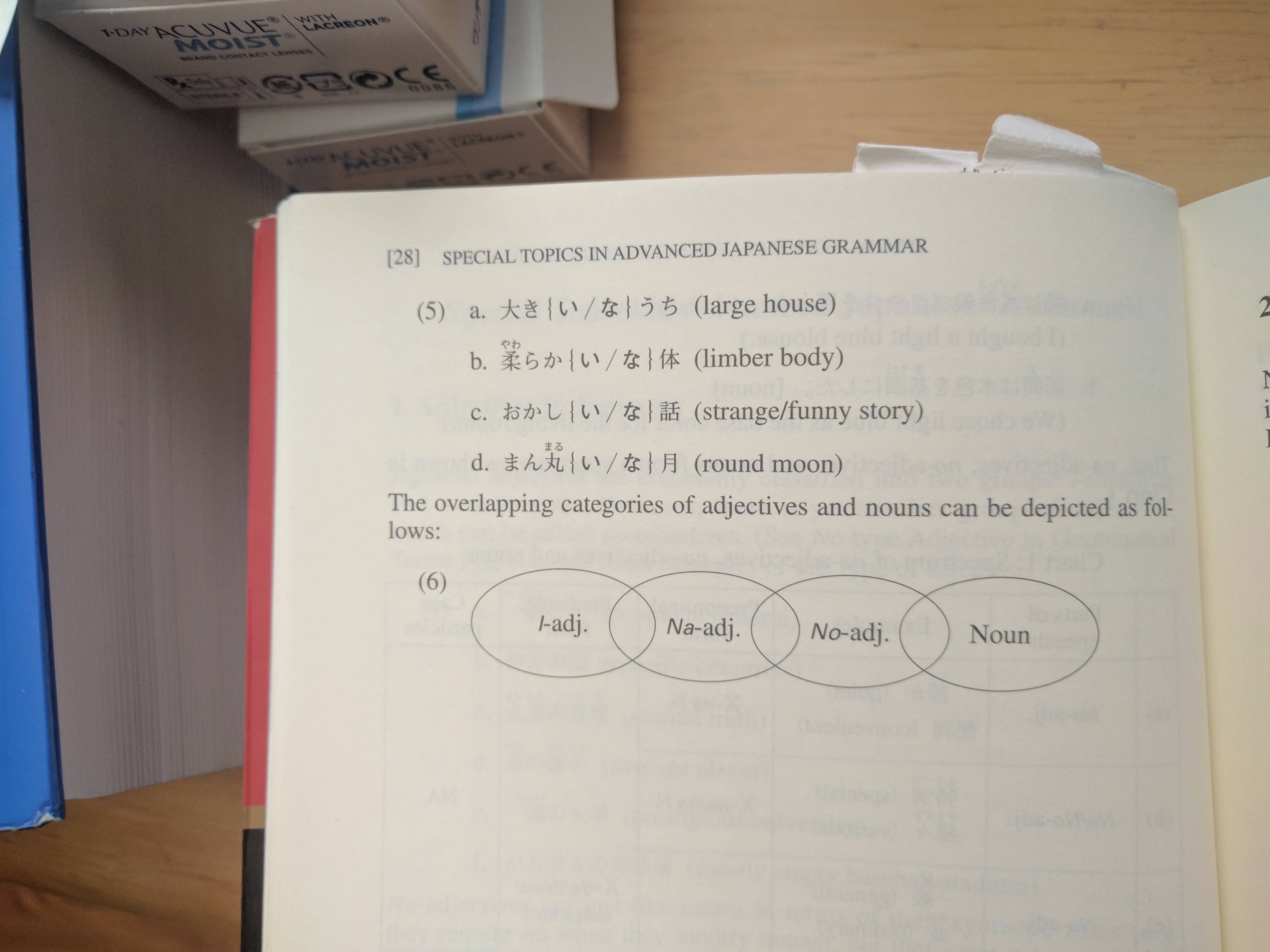 To complement the existing answers:

Sources: Uehara's Syntactic Categories in Japanese; and the Japanese wikipedia as a corpus.

Based on this paper, which is about differences in the use of language between native speakers and Chinese students of Japanese, it appears to be a prime example of how language gradually changes over time.

I don't have time to read the entire paper, but the section relevant to this question mentions that "最高の" is the one listed in Japansese dictionaries (国語辞典) and the more natural of the two. It also states:

It then goes on to note that between those who use "な" and those who swing both ways, one out of five native speakers consider "な" acceptable, and may be influencing such usage among non-native learners.

I only skimmed through very briefly, but I didn't see any mention of differences in meaning or nuance between the two.

Not the answer you're looking for? Browse other questions tagged grammar na-adjectives or ask your own question.

7
If a word is both a na-adjective and a no-adjective, should I use a 'no' or a 'na'
5
Are both 遠く and 遠くに adverbs? If yes, are them interchangeable?
3
Having Trouble Identifying This Character (or Characters?)
2
な vs の classes of nouns
0
"一般の人" or "一般の な人 " ,which the right one?
1
Why use の in this phrase?