What does this wish stroke mean? 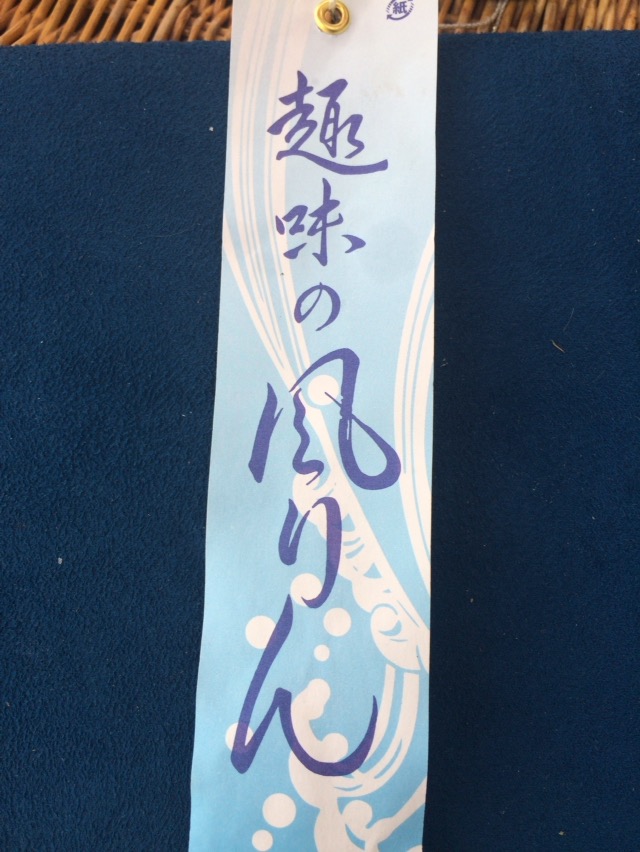 Its a paper stroke hanging below a iron bell

「趣味{しゅみ}の風{ふう}りん」 a wind-bell as a hobby
This phrase seems only a sales message, not someone's wishes. The main purpose of the hanging is to have the bell ring by the wind's breeze, not to write wishes on it.

I'll tell you about the characters written on the hanging.
There are roughly three styles of script to write kanjis in handwriting, especially by a writing brush: they are 楷書体 (kaisho-tai) style, 行書体 (gyohsho-tai) style and 草書体 (sohsho-tai) style.

行書体(gyohsho-tai) Semi-cursive script is a cursive style of Chinese characters. Because it is not as abbreviated as cursive, most people who can read regular script can read semi-cursive. It is highly useful and also artistic.

草書体(sohsho-tai) Cursive script (simplified Chinese: 草书; traditional Chinese: 草書; pinyin: cǎoshū), often mistranslated as grass script (see Names below), is a style of Chinese calligraphy. Cursive script is faster to write than other styles, but difficult to read for those unfamiliar with it. It functions primarily as a kind of shorthand script or calligraphic style. People who can read standard or printed forms of Chinese may not be able to comprehend this script. 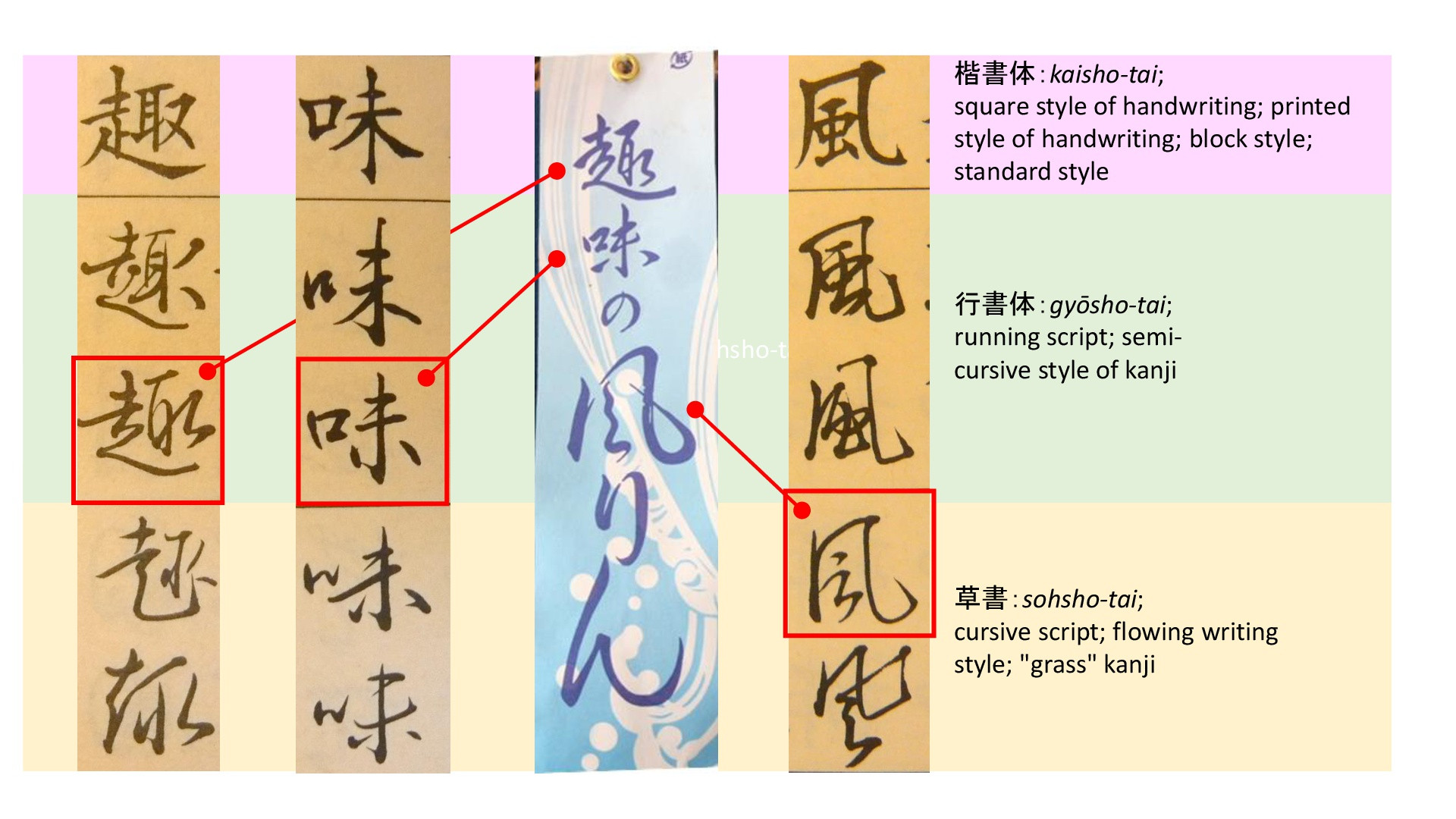 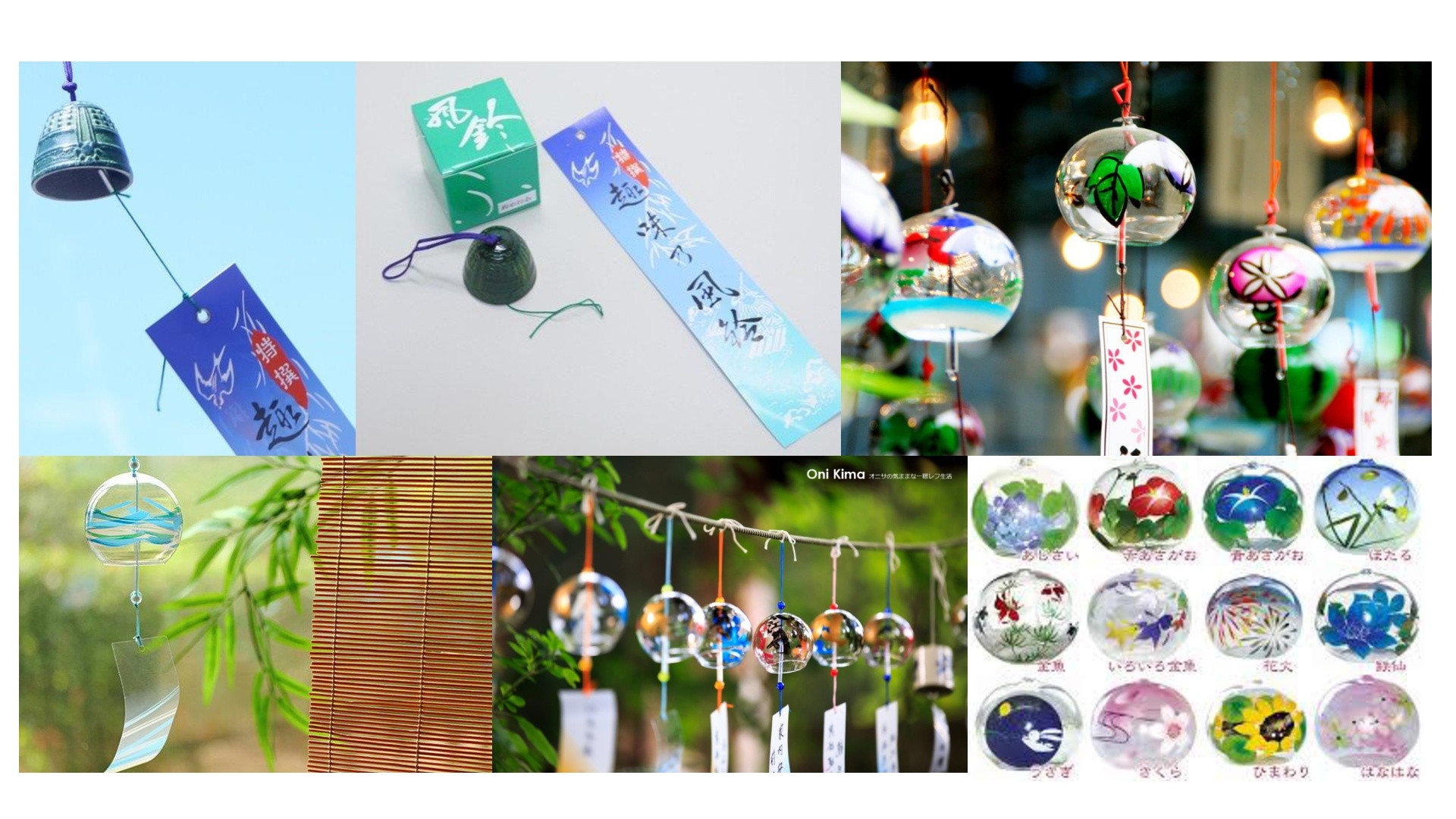 Not the answer you're looking for? Browse other questions tagged kanji calligraphy or ask your own question.

2
母 stroke order irregular compared to 日
3
How to reconcile stroke order with font variation on 衷?
0
How strictly does calligraphy typically abide by stroke rules?
0
Is this a joyo kanji? What does it mean?
7
What is the etymology of the kanji 金?
21
Is exact Kanji stroke length important?
3
Is there a reason why the 濁点【だくてん】（ ﾞ）are placed below the stroke at ぐ and で as opposed to the other hiragana characters?
5
Reversing stroke direction in kanji for left-handed writing