In a manga I'm reading, a high schooler is talking to his GF about how she chats online through her DS. He says this: 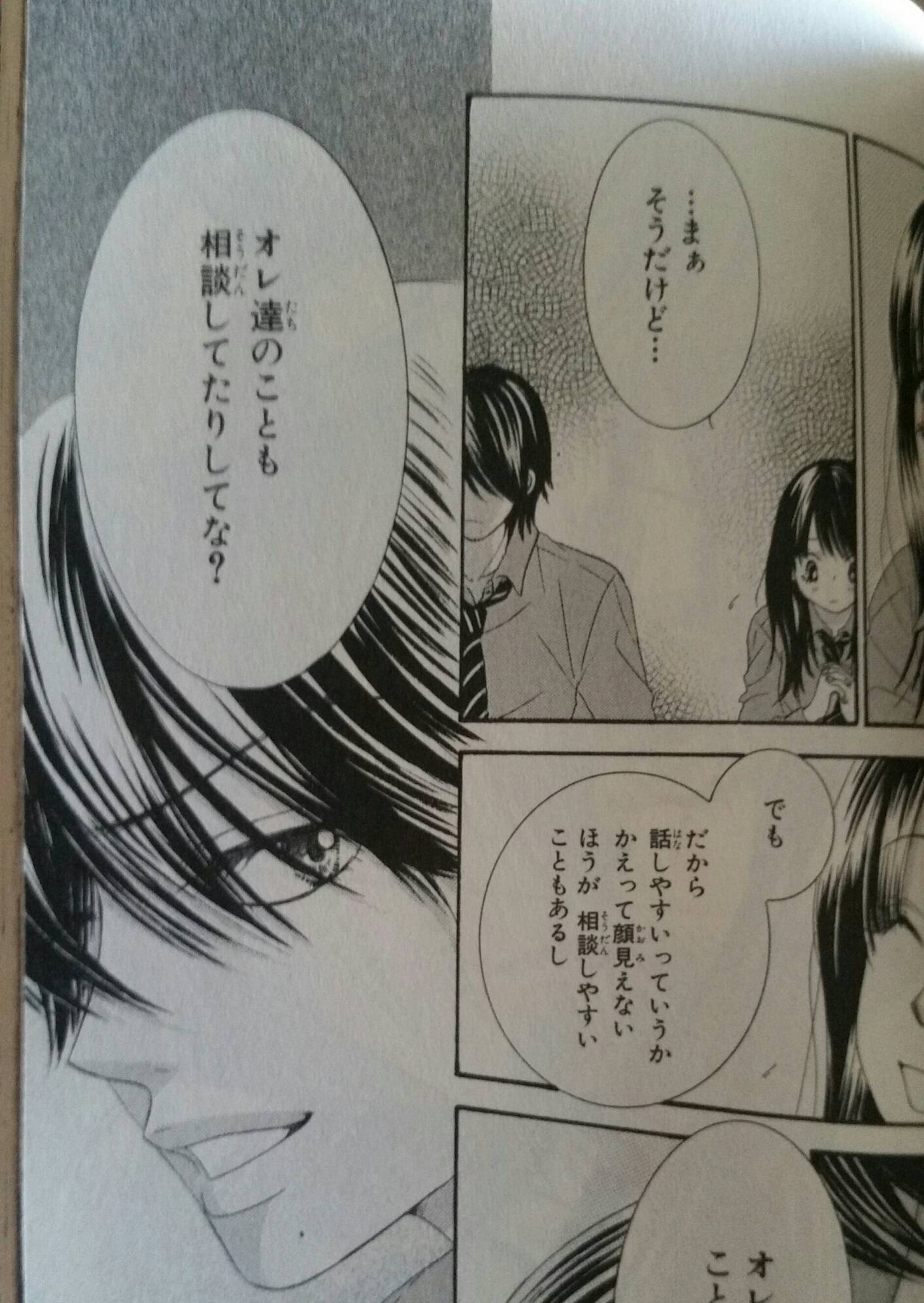 Usually I know what -な is being used based on the situation. But here I can't figure out if he's telling her "Don't get advice about us (禁止 意味), " Get advice about us (命令 意味)" or is using な simply as a ね alternative. These are the three main usages given in my electronic dictionary, and any would fit meaning wise in this situation.

So my question it - is there a conjugation difference that helps identify which it is? Of the examples given in my dictionary, all are in plain form, but 禁止 form seems to only attach to verb infinitives. (行くな、食べるな). 命令 form attaches to what I think is called just present tense? As in, 行きな、好きにしな。

This is just what I observed in the examples though- is this a rule, and if so, what would you consider "相談してたりしてな"? Is "てな" the same equivalent as the 命令 examples?? Or is the guy using the な slang for ね?

Thanks for any help clearing this conclusion up for me.

As you correctly guessed, particles that happen to share the same character differ according to what grammatical element precedes it.

な that follows terminal forms can be a sentence ending particle that stands for 禁止 (e.g. 行くな{LHL} or 食べるな{LHLL}) or 詠嘆{えいたん} (e.g. 行くなぁ{LHHL} or 食べるな{LHLL}). Or, it also can be tag question depending on intonation.

When it connects to conjunctive forms, it's a dialectal form that stands for 命令, as you say, like 行きな or 食べな.

After that, when it follows other grammatical elements such as adverbs or sub clauses, it's a filler. な as in 相談したりしてな is the case with it. Since it's a fragment that pops out, it tends to be accompanied with such fillers.

Difference between な and ね is that, apart from the usages of 禁止 or 命令, which are always な, the former な is basically used when you talk to yourself while you use the latter ね when you talk to other people, and if you nevertheless use な in this case, it sounds somehow rough or masculine in the sense of Standard Japanese or New Tokyo dialect.

な attached to dictionary form of a verb means "Don't".

な attached to 連用形(continue form) of a verb means "order"

な in this context is used when he asks someone for agreement or a response. For example, 明日、学校へ行くんだよな? This な is mostly used by males.

Yes this な is slang for ね. It is same as tag-question in English.

Not the answer you're looking for? Browse other questions tagged usage particle-な or ask your own question.

1
What does this な at the end of the sentence mean?

20
How would I say "Get well soon"?
43
What is the difference between 大事 (daiji) and 大切 (taisetsu)?
2
What's the joke in this 4コマ comic?
4
Questions with 辞書形 and raising tone and 辞書形＋の？
4
What's the difference between these two instances of "yearning"?
4
Is it common to use 火を入れる when referring to a degree to which meat or any steak should be cooked?
5
How is あって being used in this context?
3
Can you say ～てもらった when you actually did nothing?
3
Which verb is used for "charge": 取る or もらう