Because the first stroke order for Chinese characters was codified in Han period, the sequence of strokes was a subject to change during the time. If my memory serves me right, even simplified and traditional characters do have some difference in stroke orders when written in Chinese.

Do all the modern Japanese kanjis have the same stroke order as their Chinese peers, or are there some differences?

If yes, then are these differences regular or separate for each kanji/Chinese character pair? My intuition is that there might be some difference, but I am not sure. Any reference to a resource might be of a great help, sorry.

Certainly there are some characters that have different stroke orders. As for traditional Chinese characters, there are a few radicals that you should watch out for:

In Japanese, the vertical stroke is written before the last two horizontal strokes. In Chinese, it's written as if the middle part were 土.

The same story as 田.

In Japanese, you write the ノ immediately after the topmost dot (which is written first instead of the leftmost one) of 心, and then finish writing 心. In traditional Chinese, you write 心 first and ノ last (however, I think the Chinese stroke order is highly variant between regions).

In addition, there are other whole characters that have different stroke orders, like 鬱, that are pretty much unpredictable. Unfortunately, I can't give you any resources that highlight these differences (resource questions are off-topic, and I can't find one anyway).

AFAIK, the Japanese Ministry of Education (MEXT) defines some general stroke order rules given by importance below (known as 筆順指導の手びき):

Rules which often contradicts each other due to radical order:

Note that Chinese people tend to a principle that each component should be written on its entirety before writing another component, while Japanese view may treat it differently.

The stroke order for every letter (especially compound letters) are heavily dependent with radical composition, and 必 known as one of non-standard radical identification (some listed with 心, others may listed with ノ).

How does kanji stroke order work?

When I read Blavius's answer, I was greatly astonished there are so many same characters with different stroke order between ones in Japan and China. Just before that, I was preparing an answer where I wrote there was no substantial difference between the two.
I'll show my preparatory answer later on for mere reference.

Not for all, but in most cases in Japanese, the vertical stroke is written before the last two horizontal strokes. In Chinese, it's written as if the middle part were 土 as is written in Blavius's answer.

Here is an article about the stroke order of a Chinese character (or Chinese derivative character including Japanese kanji).

In this article there is a description as: Minor variations exist between countries, but the basic principles remain the same, namely that writing characters should be economical, with the fewest hand movements to write the most strokes possible.

We write kanjis not only to convey or record information but also to express beauty of them as art materials. We practice their writing for a long time by using instruction copies and/or by instructors in order to be skillful in writing them beautifully.
In this process, you can't change the stroke order for each kanji even if you learn it in Japan or in China with some exceptions.

Regular script is most common in modern writings and publications, and when you talk about the stroke order including this question and answer we put this regular script as a base.

Cursive script is faster to write than other styles, but difficult to read for those unfamiliar with it. It functions primarily as a kind of shorthand script or calligraphic style. People who can read standard or printed forms of Chinese characters and Japanese kanjis may not be able to comprehend this script. In this script they often use a dynamic method by omitting some strokes and/or changing the stroke order of regular script to be convenient for faster writing.

Semi-cursive script is a cursive style of Chinese characters and Japanese kanjis. Because it is not as abbreviated as cursive, most people who can read regular script can read semi-cursive. It is highly useful and also artistic. And, when a person writes in semi-cursive script, he/she sometimes writes with a different script order from regular script which is affected by the stroke order of cursive script. The more skillful in handwriting he/she may be the more often the confusions of stroke order may occur. 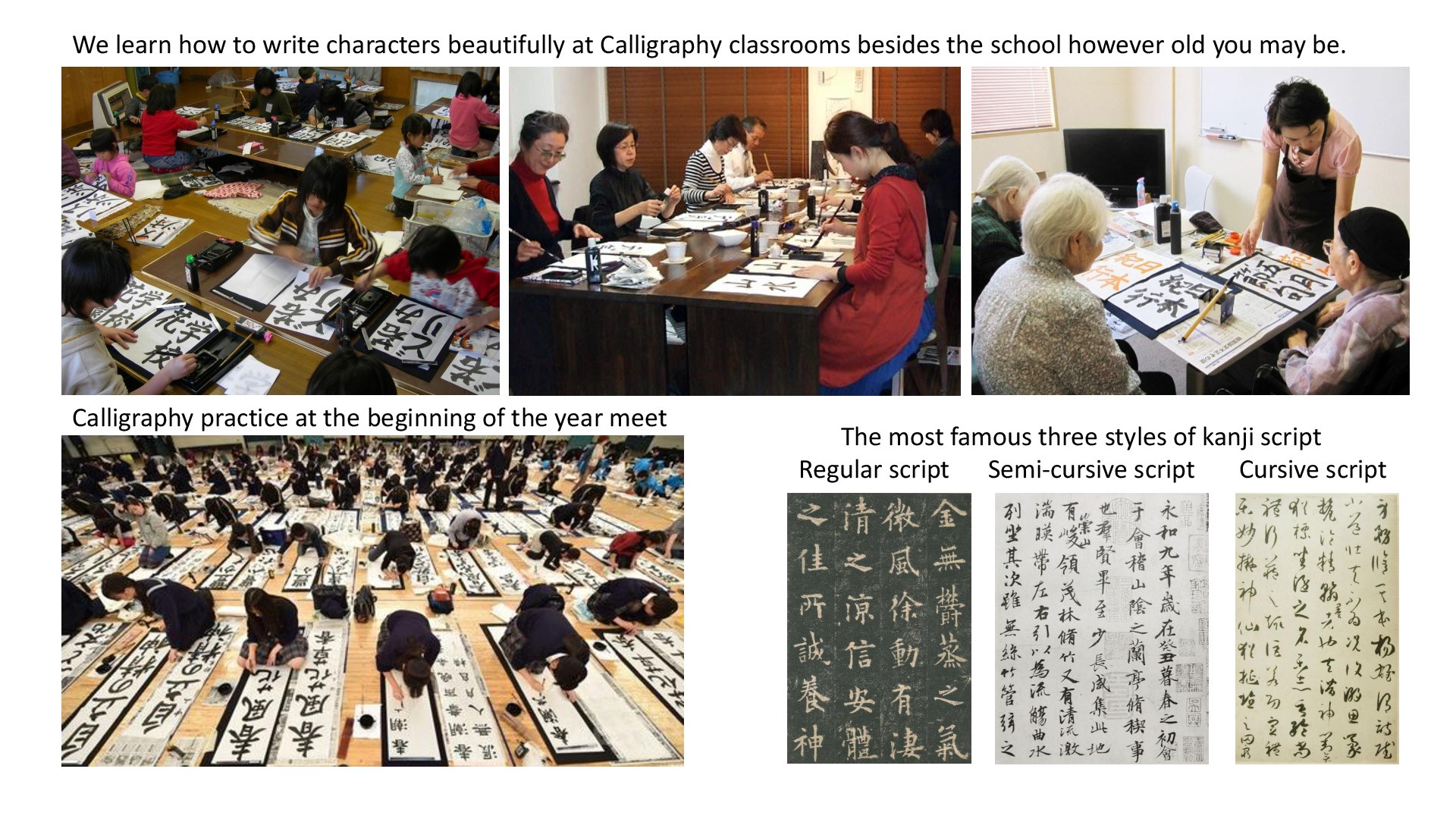 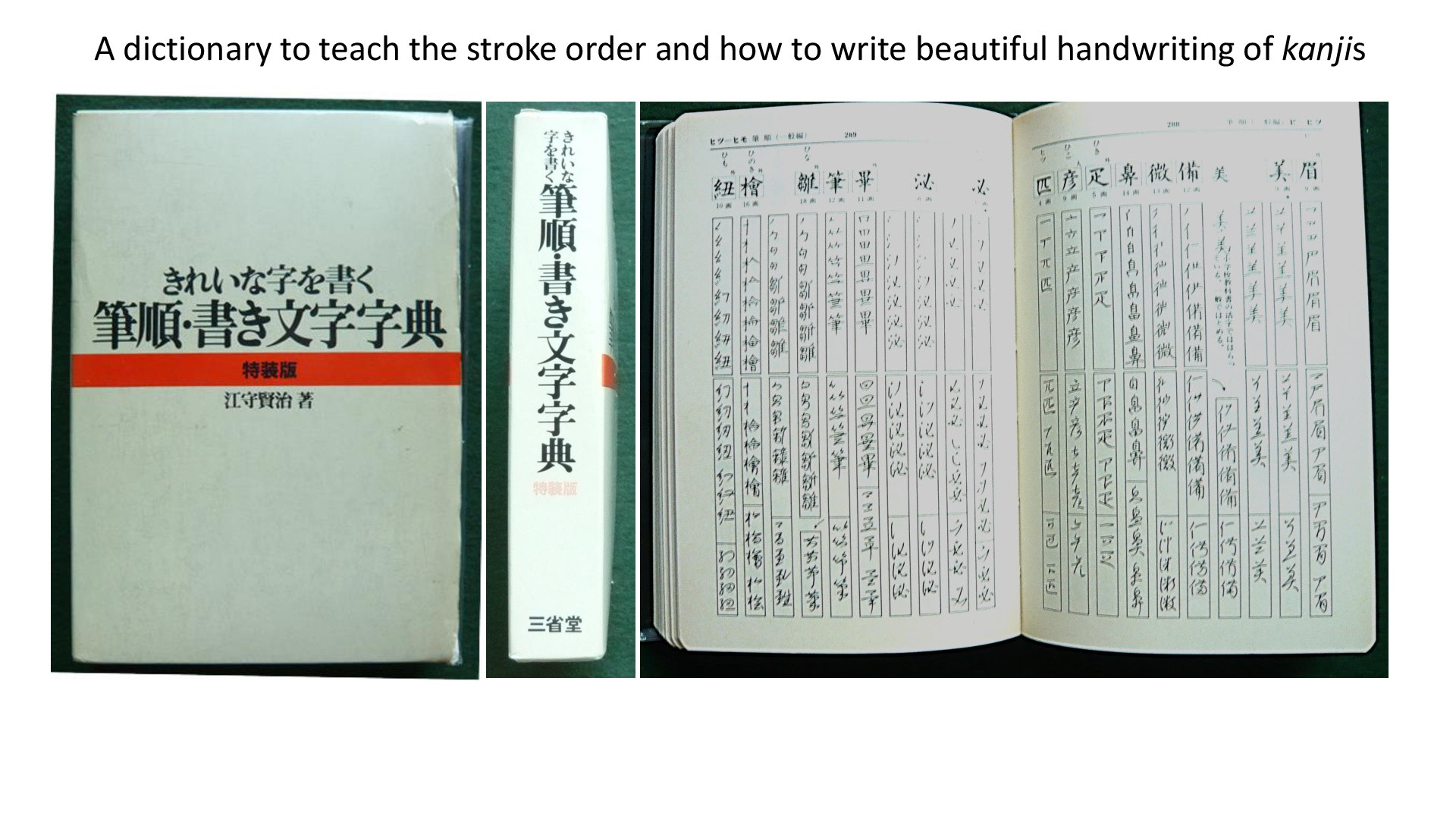 31
Stroke order for left and right
11
Stroke order for han-dakuten
9
Is it acceptable in Japanese to write kanji characters in the Chinese style?
7
Stroke order explanation for 凸 and 凹
5
How many possible phonological forms could be represented by a randomly chosen single character?
3
Why don't the characters used for Japanese Kanji have the same meaning as those used in Chinese? (Chinese-Japanese false friends)
3
Different stroke order in two similar kanji 戚 and 歴