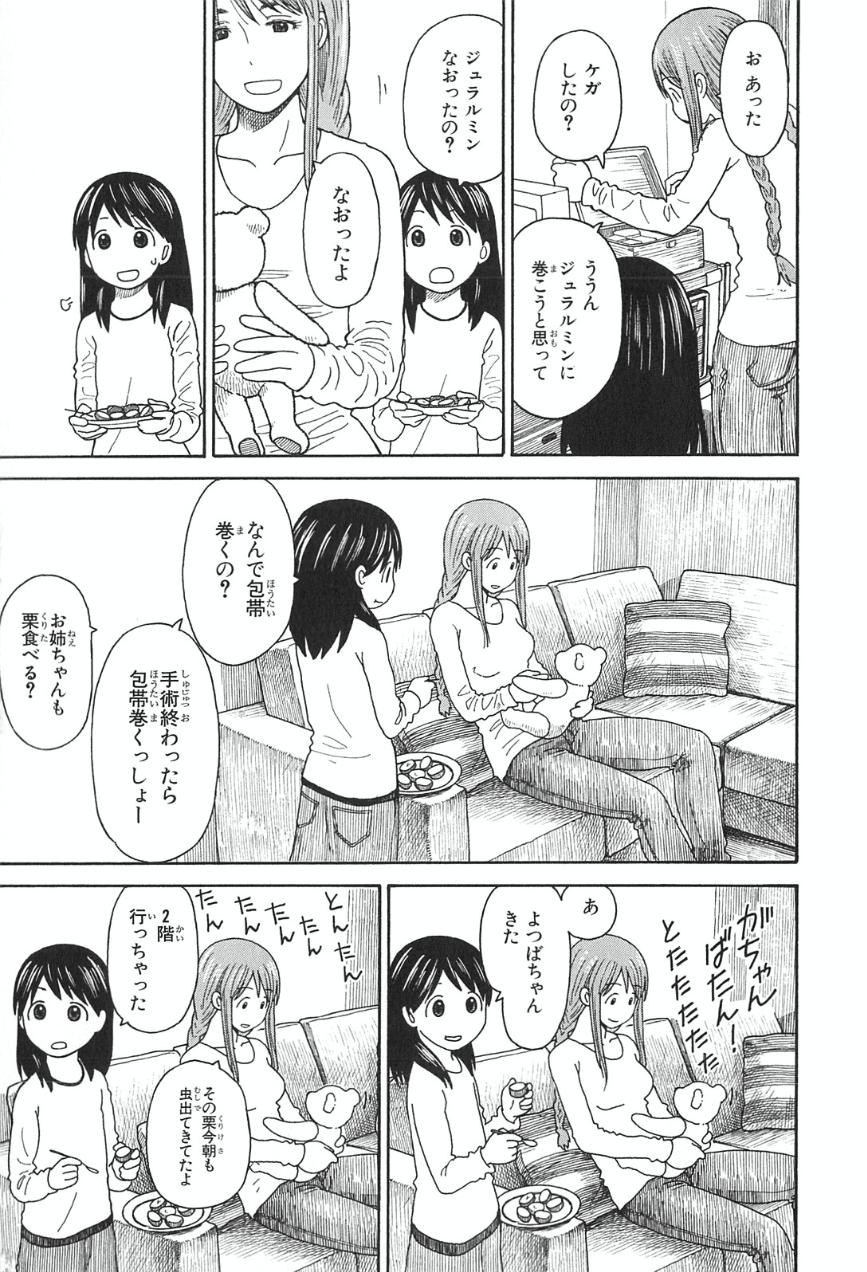 Context: From Yotsuba&, they went gathering chestnuts and one of them had a bug in it so they threw it away. But here the young girl is eating from the rest and her sister is saying that there were still bugs in them that morning.

My question comes from the use of てた in this context. Why is this used instead of the past construct. I can understand it, at least form the English point of view, why it would work if it were paired with まだ or また, and think that the も, serves a similar purpose in this context, i.e. They were coming out this morning as well.

くる and いる here are both subsidiary verbs. くる denotes actions that is physically or psychologically moving toward you. See Difference between -ていく and -てくる. いる denotes the action is in progress.

So the literal translation would be "Speaking of those chestnuts, bugs were coming out (toward us) this morning, too."

The difference between 出てきた and 出てきて(い)た is simply the difference between "bugs came out" and "bugs were coming out." Unlike instant actions like ドアから歩いて出る, this 出てくる is an action that may take hours. She witnessed bugs which are in the middle of crawling out from the chestnuts.

EDIT: @goldbrick pointed out that this ていた can also be understood as an example of the past perfect aspect (i.e., bugs had completed the action of "coming out" and were creeping on the surface of a table, for example, when she noticed them). For the details of this usage of いる, please see: When is Vている the continuation of action and when is it the continuation of state? I think both interpretations are possible. Where were the bugs found at the time of this conversation? 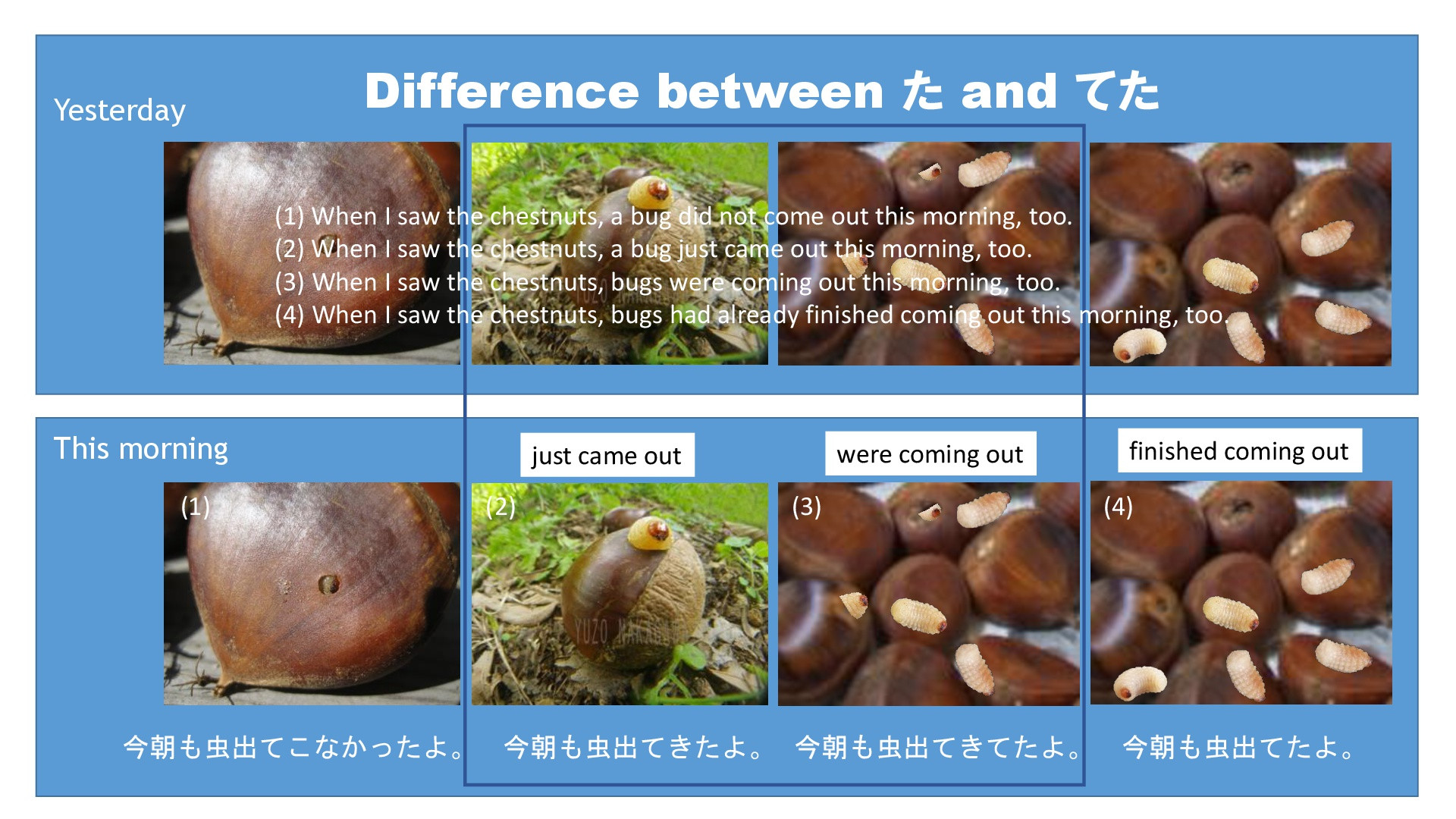 Not sure but I think きてた in the picture is short for きていた（past form of きている）. If きた simply means came, きてた means something more like a continuous action.

Of course this is just my opinion. You could read more on the subject about ～て／～ている form.

Not the answer you're looking for? Browse other questions tagged past て-form or ask your own question.

7
Which verb receives a negation in a Japanese sentence?
6
Is 〜ている really this subtle?
4
Difference between 言う and 話す
1
Specific usage of て形
2
Chaining sentences, and past form
6
Question about the meaning of あるく in this sentence
8
-ています / present continuous form not used in habitual action
4
〜ていない vs 〜ないでいる
2
What are the difference in nuance between 置いている、置いてある、置いておく?
2
Help understanding sentence that uses 辞めてった grammar