Ask Question
Asked 4 years ago
Active 4 years ago
Viewed 312 times
0
Closed. This question is opinion-based. It is not currently accepting answers.

I'm doing a design for a Japanese restaurant in a mountain town, the name of it is Yuki Yama. I'm curious about using ゆきやま vs 雪山 for the Japanese characters. I'm Chinese so I'm inclined to use 雪山 but I'm unsure about it since ゆきやま is pronounced "yukiyama".

Thank you for reading this and for providing any help.

ゆきやま is the kun-reading of 雪山. That is, ゆきやま and 雪山 are pronounced by Japanese people exactly in the same way. (Well, 雪山 also has a rare on-reading, but you can forget this for now.) If you don't know the reading system of Japanese kanji, please learn it before anything.

But that does not mean you can use whichever you like. Since you are a designer, you know that just producing something grammatically understandable is not enough. Since this is a proper noun, there is usually only one correct way to refer to the name. Visual identity of an organization/product is very important; iPhone is always iPhone, not IPhone nor i-phone nor IPHONE. Likewise, if the name of the restaurant is ゆきやま, you usually cannot use 雪山 or ユキヤマ (katakana) or Yuki Yama (English alphabet). See: Why is Toyota typically written in Katakana? (トヨタ)

Rather than asking here, you have to ask your client, and clarify what is the most formal name of the restaurant, and what are the alternative ways to refer to it. Usually your client has his/her own opinion and will tell you which they prefer.

EDIT: Oops, maybe your restaurant is located somewhere outside of Japan and is mainly targeted at non-Japanese people? Is the real name of the restaurant Yuki Yama, and do you just want to add some Japanese characters as an decoration? If that's the case, and if even the restaurant owner doesn't speak Japanese well, then you may have to choose between 雪山 and ゆきやま. To the eyes of native Japanese speakers, 雪山 would look relatively authentic and traditional, whereas ゆきやま would look friendly and casual.

It depends on what you want to convey mostly.

If it is the sound of yukiyama, 雪山 is not proper, because it might give the customers confusion, namely how it should be read correctly, but yukiyama, Yukiyama and ゆきやま are lack of visibility/readability or comprehensibility.

If it is the shape or image of kanji, 雪山 is the best.
If you are greedy, then I would propose 雪山ゆきやま, 雪山 ゆきやま.

Last but not least, I would not recommend Yuki Yama, it looks like two words or a set of first name and last name. 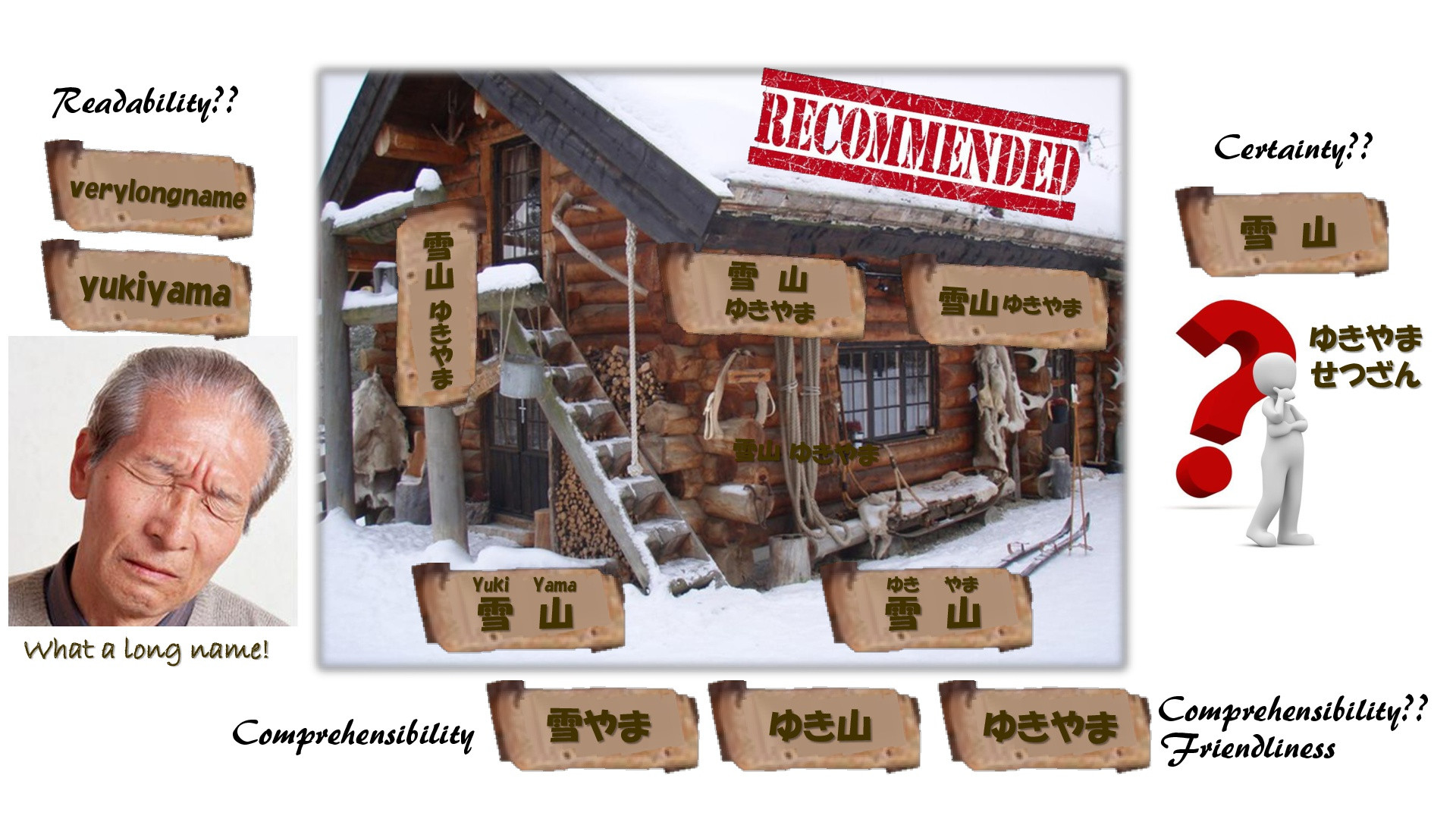 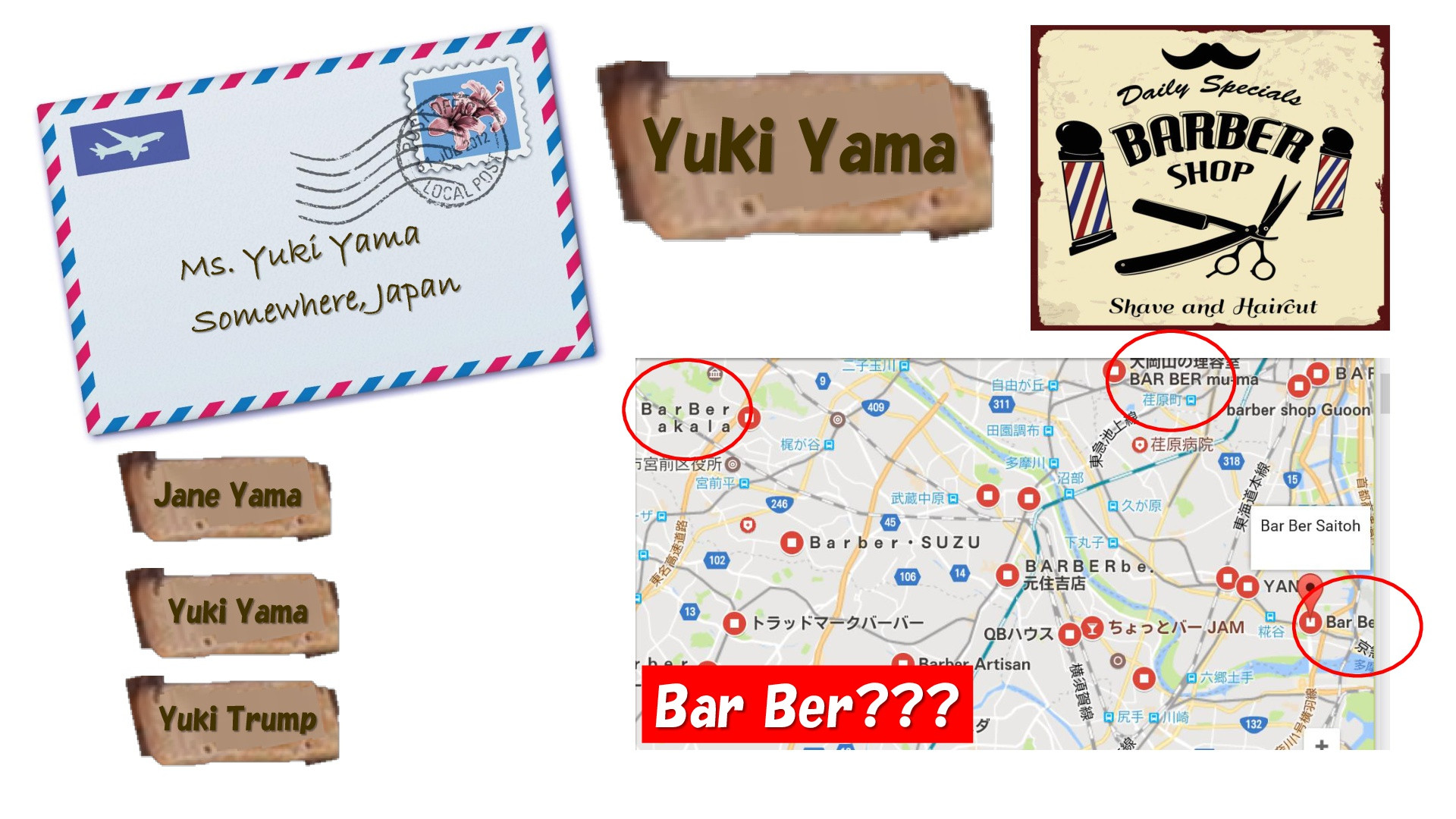 Not the answer you're looking for? Browse other questions tagged kanji-choice or ask your own question.

7
Why is Toyota typically written in Katakana? (トヨタ)

19
Which is the “official” kanji for さい, 歳 or 才?
4
How to choose the right kanji from several choices?
7
Multiple common kanji for a word: which to use?
3
Octopus kanji: 章魚 vs 蛸 vs 鮹
3
Kanji for なくす - to lose something
0
Understanding kanji: kanji sound boundaries?
6
Is there a word for “using a wrong kanji”?
2
Looking for words with alternative kanji choices
2
How to express “Stone Master” as a compliment