why is the reading of 瞬く and 瞬き not the same?

words etymology readings
Share
Improve this question
asked May 2 '17 at 13:52

I think that the use of these words depends on the generation and the dialect very much, therefore what is written from now on is my personal opinion.

As the Japanese word for the set phrase "in a very short time", またたくまに is used but まばたくまに is not.

As for しばたく/しばたたく and しばたき/しばたたき which are described in broccoli forest's answer, I have rarely said or heard them said; a very little use frequency of them is also written in the follow-up survey in the answer.

I'll show you the intonations of the words in the following illustration. Before that the rules of accent or intonation of a Japanese word are like:

As for accent nucleus, ば in まばたき and the second た in またたく become the accent nucleus of each word, and またたき has not it. And after applying the rule 6) and the rule 7) to these words, each intonation becomes like this respectively.
[まばたき]{LHLL}, [またたく]{LHHL} and [またたき]{LHHH} 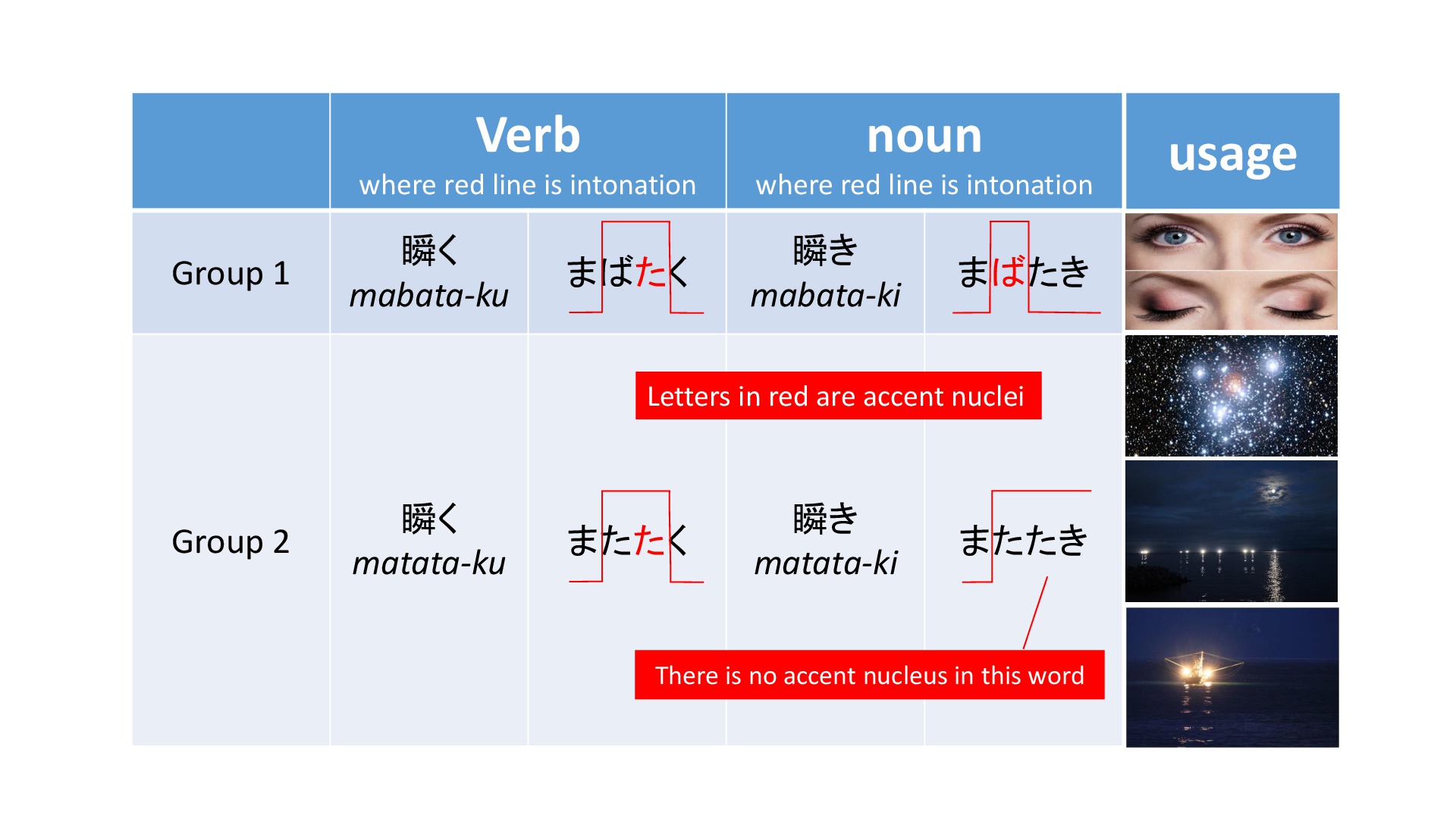 Thus, the nominalized form 瞬き also has as many readings.

The interesting fact is that, noun forms are ranked by frequency as:

while verb forms are:

Why this happens? Undoubtedly まばたき is the most common word for "eye blink", but the verb まばたく is not a very useful word in modern Japanese, because it means "an eye blinks" (see above) rather than "a person blinks (their eyes)". For the latter meaning we say まばたき（を）する, and this is a fairly common phrase.

In this sense, you might expect 瞬く more likely to be read またたく, and 瞬き more likely まばたき, but they are by no means the only reading of the each.

Below is the frequencies each word form appears in the BCCWJ corpus.

So you might also expect 瞬かせる to be read しばた（た）かせる, if you want.

Not the answer you're looking for? Browse other questions tagged words etymology readings or ask your own question.