What does 「名のある」 mean on this page of Yotsuba&! manga? 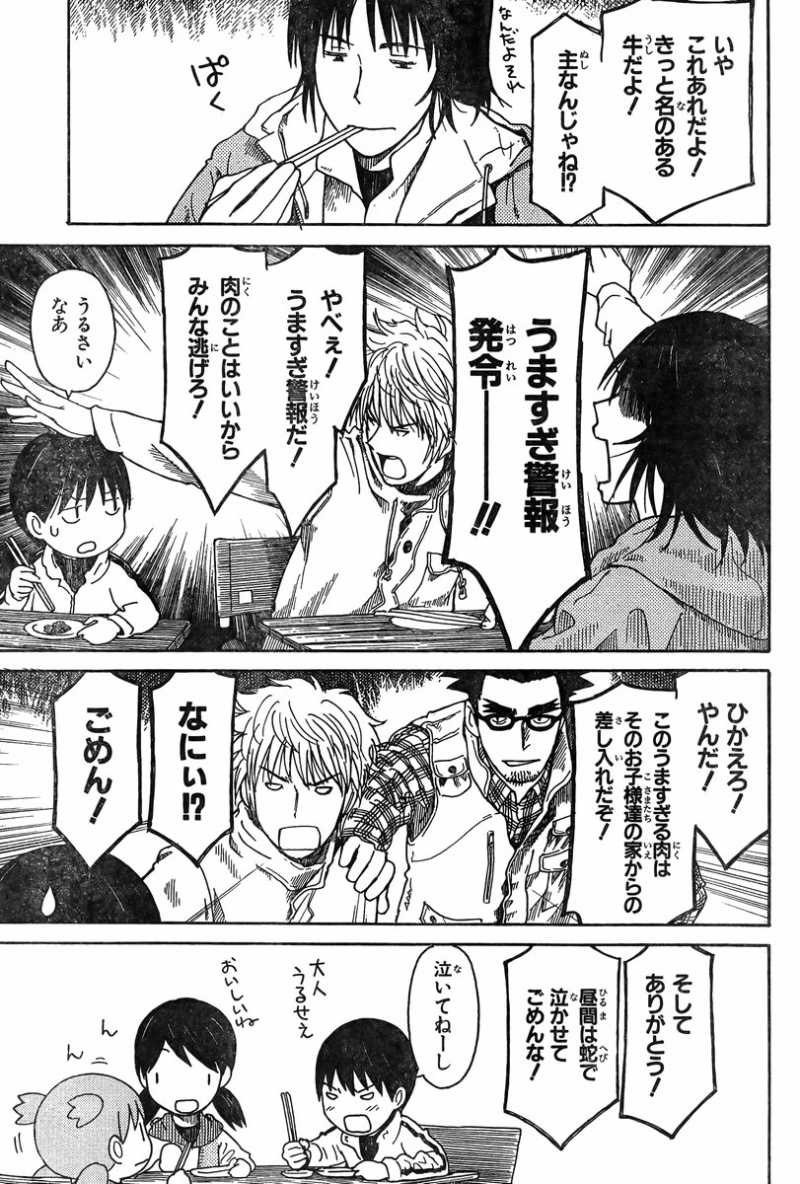 What does bubble in the first panel mean. To be specific,

I understand the above lines as,

This is definitely some named/famous cattle (meat)

I interpreted 「主」as "subject (of a rumour)" from the list of meanings (source : jisho)

Am I correct here ? Is 「名のある」a relative clause ? And is the usage similar to what's described here ?

Also, I feel like my translation of 「主なんじゃね！？」 feels somehow incorrect, especially 「主」.

I understand the above lines as,
This is definitely some named/famous cattle (meat)

I think it is a good tranlation.

Isn't this rumoured/famous (cattle meat) ?
Am I correct here ?

The phrase could be said:

The 「主」 is cattle and also a boss. In this case the phrase could be translated as "Isn't this the boss cattle!?"

Yes, it is a relative clause and the usage is similar to what's described "here." 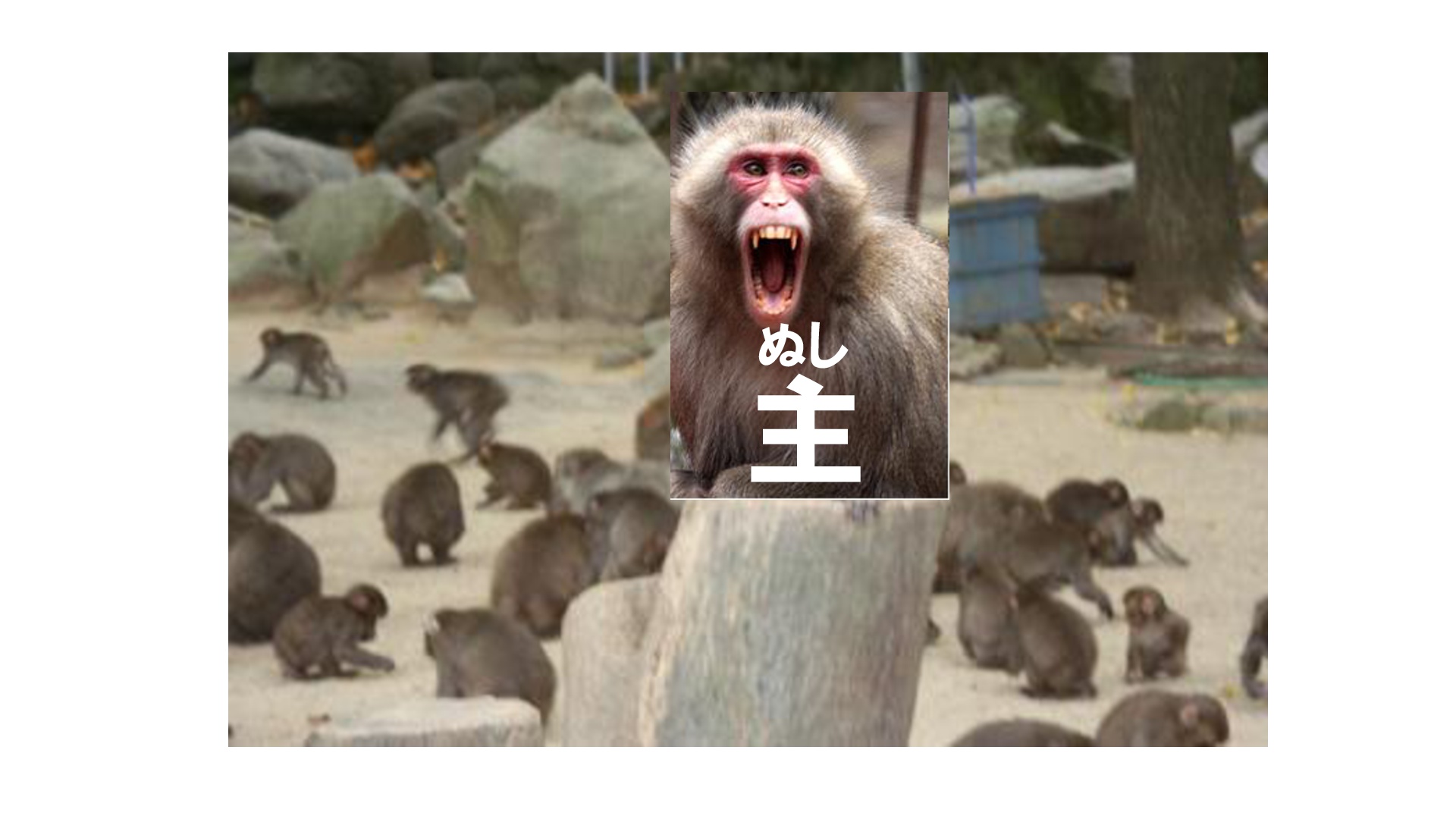 I'm going to explain how you can properly use 「主｛ぬし｝」 and 「ボス」, which are the title of the creature having supreme power over its group or herd in Japanese language.

The word 「ボス」 is used as the title of the leader when the leader rules its crowd/herd/troop by giving its power or threat.

In contrast with 「ボス」, 「主｛ぬし｝」 rules over its group with something like dignity derived from such as its exceptional size of the body or longevity unlike threatening power, or in other word his existence itself awes the group and makes him a leader of them.

In addition, 「ボス」 needs a group, but a group does not necessarily need for 「主｛ぬし｝」. 「主｛ぬし｝」 could consist only of himself.

「主｛ぬし｝」 may sometimes could be interpreted even as an owner of the specific nature such as a mountain, a forest, etc. not as a leader of a group.

「主｛ぬし｝」 may be employed to call even distinguished fish in a river, a lake, a pond or a swamp.

For example, there is an expression, "there is a 主｛ぬし｝ of the swamp". In this expression we call a certain fish 「主｛ぬし｝」; the fish is such as a carp or catfish of a big size beyond our imagination dwelling in the swamp for a long long time. Of course, it is common that there are similar fish of the normal size other than this enormously big carp or catfish, but the certain carp or the catfish could be called " the 主｛ぬし｝ of the swamp" even if it dwells there only by itself. In this case, I could imagine that the big fish is called 「主｛ぬし｝」 not as the leader of a group, but as the owner of the swamp by implication. 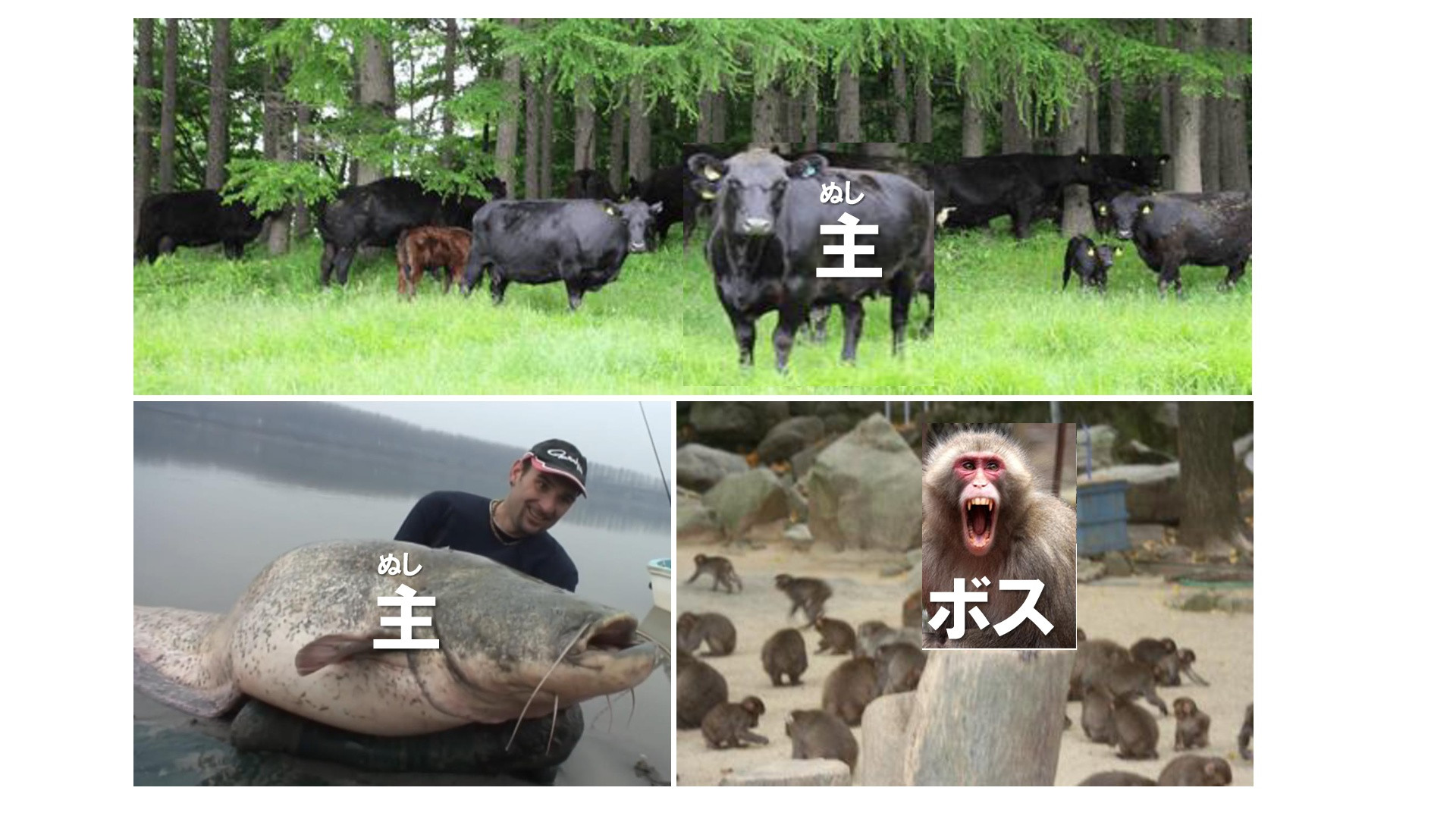 名のある is, yes, "has a name" or "named" as opposed to nameless characters in a novel, game, etc. Probably it's okay to translate it simply as "famous", but it may not reflect the funny and unique word choice here.

主 roughly means "lord" or "master", but has several readings depending on what it actually refers to:

ぬし is mainly used in fishing and fantasy contexts. ぬし rarely refers to human beings in modern Japanese, although it's possible to call someone ぬし jokingly. Here Yotsuba said ぬし, which sounds a bit funny to me — being a ぬし means being the strongest, largest or oldest, but usually it doesn't mean being delicious :-)

Not the answer you're looking for? Browse other questions tagged grammar words usage relative-clauses or ask your own question.

47
How does the の work in 「日本人の知らない日本語」?
1
What does nushi means in japanese?