How do i know which one between wo and ni is the correct one?

Basically you have to memorize the correct usage of each verb. It's not always possible to logically tell which verb takes which particle. Many English transitive verbs are translated using intransitive verbs in Japanese, and vice versa. See this answer, too.

But roughly speaking, verbs that describe actions which directly and heavily affect the object tend to take を. Some "mild" verbs may take に. That's the basic difference between transitive and intransitive verbs, after all.

For compound verbs, the second verb usually determines the particle it takes.

If put very simply, wo is the default one that defines the verb done by the subject.
ni on the other hand is the one you use when the subject is affected by an action. I guess you could say it stands for "by".

watashi ha tomodachi wo keri shita.
I kicked my friend.

watashi ha tomodachi ni keri sareta.
I was kicked by my friend.

How do i know which one between wo and ni is the correct one?

〇 Kanojo wo naguru. But, it is no-no to strike her.
✖ Kanojo ni naguru. 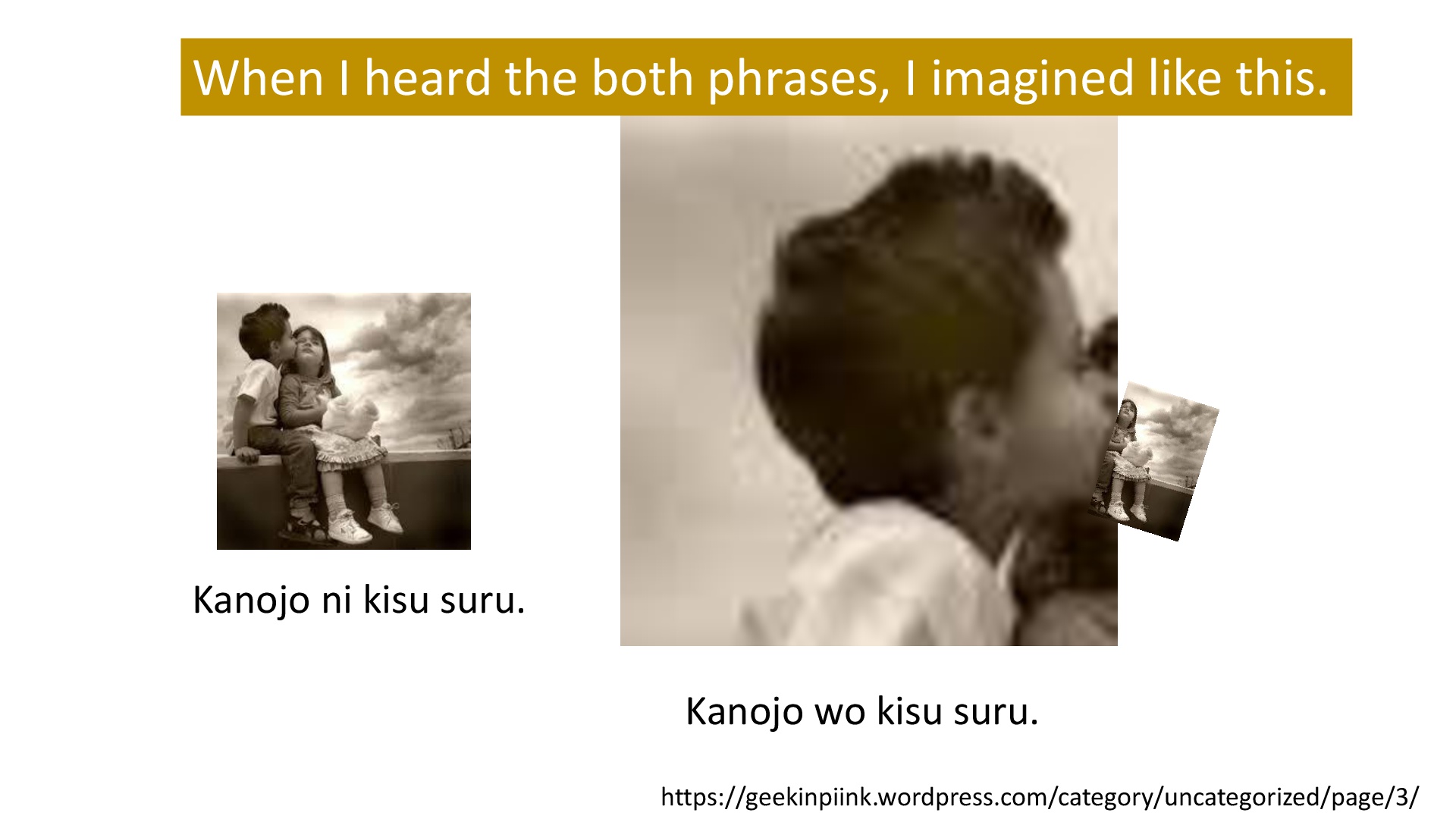 Not the answer you're looking for? Browse other questions tagged particles or ask your own question.