I found the following dialogue in a manga.

My thinking is that the person speaking is describing what the dog is "saying", i.e. "I'm tied to this pole! Dont' ???"

Where the ??? is the meaning of the word/phrase からかっちゃ which I don't know how to parse. My only guess so far was that it is a contraction, からかっちゃ = からかっては.

Looking for more occurrences of the phrase I found that it might be a catchphrase of sorts of another manga character, but that didn't help me grasp the meaning. 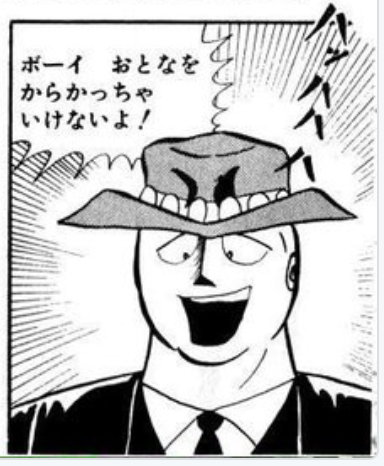 You are correct. からかっちゃ is a contraction of からかっては, where からかう is the verb you came across in your comment. Although it is probably better translated here as "tease" or "harass".

So speaking about the dog,

繋がれてるからってからかっちゃダメですって → Just because he's tied/chained up doesn't mean you can tease the dog!

Not the answer you're looking for? Browse other questions tagged manga parsing or ask your own question.