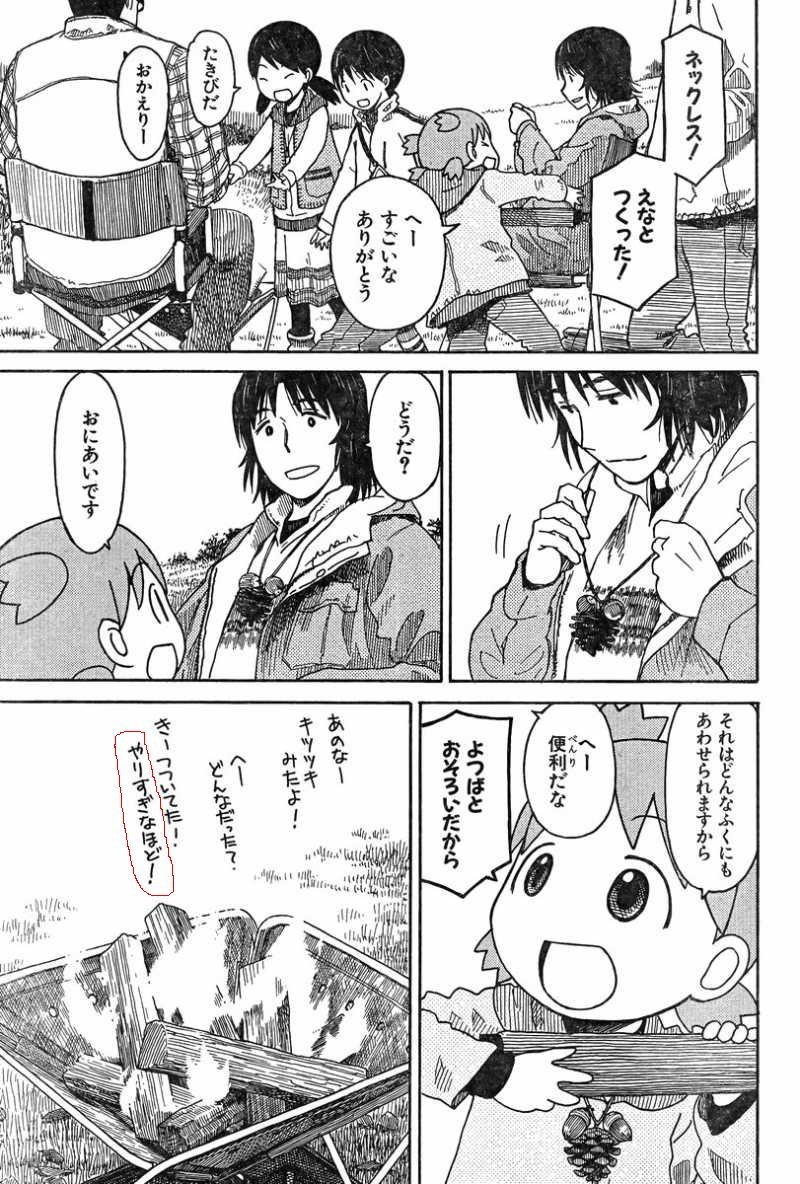 From what I know, 「ほど」 is used to express the extent of something and 「やりすぎ」 means overdoing/excessive etc., Does this translate to something like "Awesome!" ? Or does the literal translation mean something else?

Also, is the usage of「な」 here unconventional ? I have never really seen 「な」 used after noun so far (I am a beginner).

よつば: きーつついてた！やりすぎなほど！It was pecking wood! Way too much (lit. to an extent that could be called overkill)!

「やりすぎなほど！」 is an additional comment to the previous pun. やりすぎ (overkill) is used as an adjective while it normally is just a verb-derived noun (do + too much). There is a similar question about the use of な after nouns here.

Note that it's perfectly grammatical to use な with na-adjectives like in ジョジョの奇妙{きみょう}な冒険{ぼうけん} (JoJo's Bizarre Adventure).

Not the answer you're looking for? Browse other questions tagged words usage colloquial-language manga or ask your own question.