Are there any radicals with immutable position in kanji?

Reading Is there a difference in drawing between the "mouth" and "enclosure" kanji radicals? made me think: does 囗 (enclosure) have to be the outermost radical? Apparently the answer is "no" since we have this (incomplete) list of exceptions: 烟姻廻咽個恩悃迴. It also seems to happen with other "enclosure type" radicals, e.g. 厂->板 or 广 -> 俯, but are there any radicals that can only be in a specific position in the kanji and nowhere else?

It's an interesting question. My first idea was that as a general rule a radical could appear everywhere, except when it comes in some "contracted form" (think of つちへん（土偏） such as in 地) where it has to be in a specific place (left in this case). Of course this is just a graphical distinction but we are talking always of the same kanji, that is, 土. If you look at all kanji where this is the radical, when written as 土偏 it's always and only on the left. 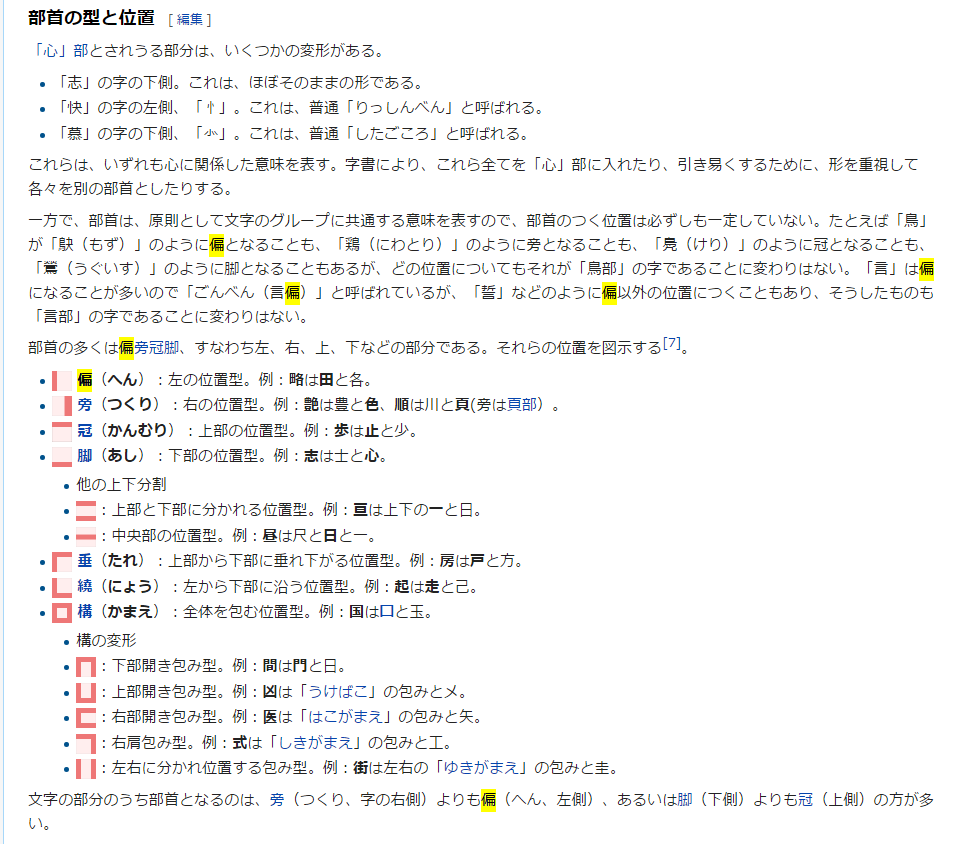 According to this it seems that there is not a general rule for the position, and a radical could indeed appear everywhere.

My guess that in some particular forms (like earth on the left as I mentioned above) they always appear in the same place still remains though. As I said I failed to see a kanji where the contracted form of 土 is not on the left, but yet again, although it graphically looks different it is always 土.

Anyway I guess that in general the answer to your question is no, and the key sentence in the article above is the following:

16
Is there a difference in drawing between the "mouth" and "enclosure" kanji radicals?

13
On the replacing of kanji made obsolete in the 1946 reforms with similar-looking kanji.
4
Is there a name for kanji compounds consisting of kanji with the same radical and for compounds with repeated kanji?
2
Radicals : How to remember suffix-es, readings and positions?
14
Is there a radiotelephony alphabet standard for kanji, similar to NATO phonetic alphabet ("alfa, bravo, charlie")?
9
Similarity between 挟む and 狭む
16
Is there a difference in drawing between the "mouth" and "enclosure" kanji radicals?
5
What are those kanji on a 大施餓鬼柱 pillar?
5
飠vs.𩙿How interchangeable are these?