Is there a difference in drawing between the "mouth" and "enclosure" kanji radicals?

I noticed one of them is used in kanjis where a drawing goes inside it, and the other doesn't have any drawing inside it. Is that supposed to be the difference between them or they look barely different somehow? 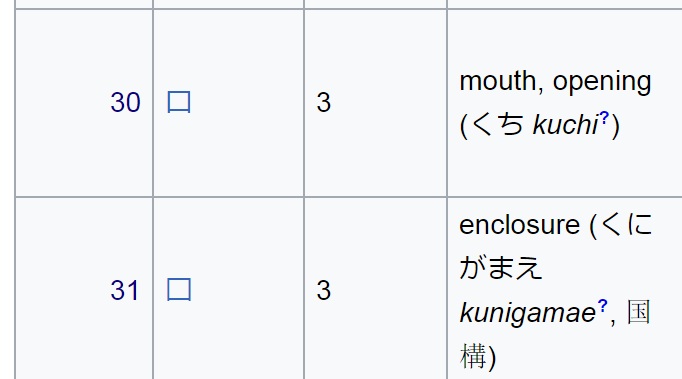 In printed form, they are the same except for their size. Mouth is smaller than enclosure. Enclosure encloses other radicals or kanji, but mouth never takes anything inside it.

Some common kanji enclosed by enclosure:

In 楷書 (regular script), they look almost the same. They are drawn with the same strokes, but the second stroke of 囗 (enclosure) can be a bit longer than in 口 (mouth) and the final stroke of 囗 (enclosure) is drawn after the enclosed part. In regular Japanese handwriting, the stroke length difference might be less noticeable or not there at all. See this stroke order animation of 「回」 in regular script:

In addition, there are other calligraphy styles that use historical radicals or simplify the radicals as seen fit for a particular character. See Earthliŋ's answer for more details about historical forms of 囗 and 口.

The two radicals 口 and 囗 are indeed different, even though they are hard to distinguish in modern scripts/fonts. This "standardization" of unifying the looks of unrelated elements is somewhat intentional (presumably to make the script more homogeneous). You can see the same thing happening with 月 and 肉 (see Is there any reason a lot of body parts use the Month/Moon radical?) and the radical ⺍ unifying various elements such as the top parts of 學、螢、巢、…

Back to the difference between 口 and 囗.

As you noticed, 口【くち】 is a Chinese character.

囗​ 【くにがまえ】 is not a (traditional) Chinese character, but only appears as an element (signifying "enclosure") in characters such as 国・國、圓、図、…

as well as in handwriting.

The next pictures show them "in action" as part of a different character: 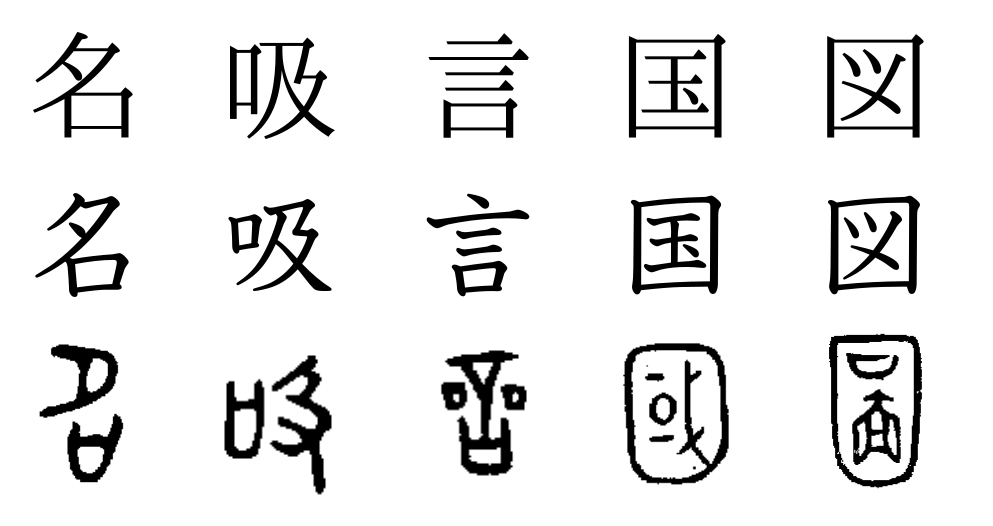 The top row is a standard Minchō font, the middle row a Kyōkashotai font, and the bottom row are their historical renderings taken from http://www.chineseetymology.org/.

Note. 口 and 囗 should not be confused with katakana ロ ro.

Unfortunately, there's a bit of confusion on this page. The distinction between「口」and「囗」is not how they're drawn, but the functional role they play in characters.

(1) is common knowledge, so I'll focus on (2). There has been a long history of creating derived characters (Chinese: 分化字) by differentiation from existing ones, as you can only represent so many concepts with pictograms. One of the methods in creating new characters is by adding distinguishing marks, and「口」is one of the more common marks used.

「商」 (Character is borrowed for the name of the Shang Dynasty. Original meaning measure > divide/quotient, commerce/trade; original character obsolete,「商」now takes on both the name and the meanings.)

「曹」from「㯥」 (Name of the State of Cao. Original meaning pair > kind, group, as can be seen from「㯥」which is a picture of a pair of bags. Original character「㯥」is obsolete. Note that「口」further changed to「曰」.)

From this, there were two words that it represented:

The meaning city walls, apart from in「城」, features most prominently in the characters「正」and「邑」. 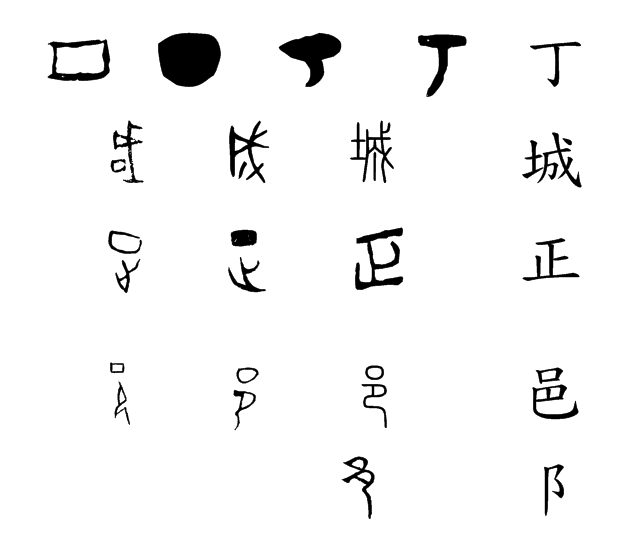 Do not get「正」confused with「足」; in the latter, the rectangle originally depicted a person's buttocks, which later graphically became detached.

The meaning surround, apart from several characters listed elsewhere already (「國」「圖」「園」), features prominently in a few characters containing「韋」, where「囗」is located in the centre of「韋」.「圍」is already noted to be the modern form of the word (note that it added another「囗」), but we also have「衛」(protect) and「韓」(fence, phonetically borrowed for Korea). For the word representing surround, feet were added to「囗」to emphasise this meaning, depicting a city being patrolled.

Another very common component which now looks like a square or rectangle was originally drawn as a circle「〇」. This component commonly provides the meaning of circle and/or sound えん/げん/がん. 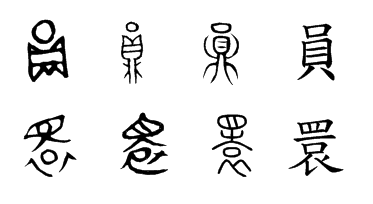 Finally, some incorrect descriptions regarding「四」and「回」. These are not written using「囗」no matter how you look at it; they are always wider than they are tall, whereas「囗」is always taller than it is wide (when it is used to enclose other components). They also have nothing to do with mouth, surround, or city wall, and neither shape came from「〇」.

「四」originally depicted breathing out, and contains a picture of a nostril. The nose meaning is preserved in characters like「泗」(snot) and「呬」(breathe out/rest, differentiated from「四」with the addition of a mouth semantic「口」. The character representing this word is now written as「息」). The meaning four is a phonetic loan.

Not the answer you're looking for? Browse other questions tagged kanji handwriting radicals or ask your own question.

47
Is there any reason a lot of body parts use the Month/Moon radical?
10
What's the deal with/origin of the character 曰?
3
What are the left and top right part of 叚（暇{ひま}・霞{かすみ}・蝦{えび}…）?
3
征伐, せいばつ, seibatsu: a conquest or a 'righteous conquest'?
2
Are there any radicals with immutable position in kanji?

4
Is there a reliable translation of the kangxi radicals?
6
Why don't radicals have the same definition for all kanji?
9
What is the radical which is written by two dots on the top of a Kanji?
2
Radicals : How to remember suffix-es, readings and positions?
2
Is this a kanji, a radical or something?
2
Are there any radicals with immutable position in kanji?
1
How do I know which radical in a character is the primary radical?
1
Any help recognising a handwritten kanji?
4
Why are 关 and 复 half-width in Japanese?