I ran across this phrase アンハッピーニューイヤーンバカーン spoken by a manga character. Basically I see this reads as "A Happy New Year", but I'm not sure what the addition of ン's mean after ア and ハッピーニューイヤー.

At the end there is also バカーン, which I'm not sure whether it's a sound effect like 'BAM!' or 'idiot', as in 馬鹿（バカ), with the added ン as I mentioned above.

Can anyone help me with this? 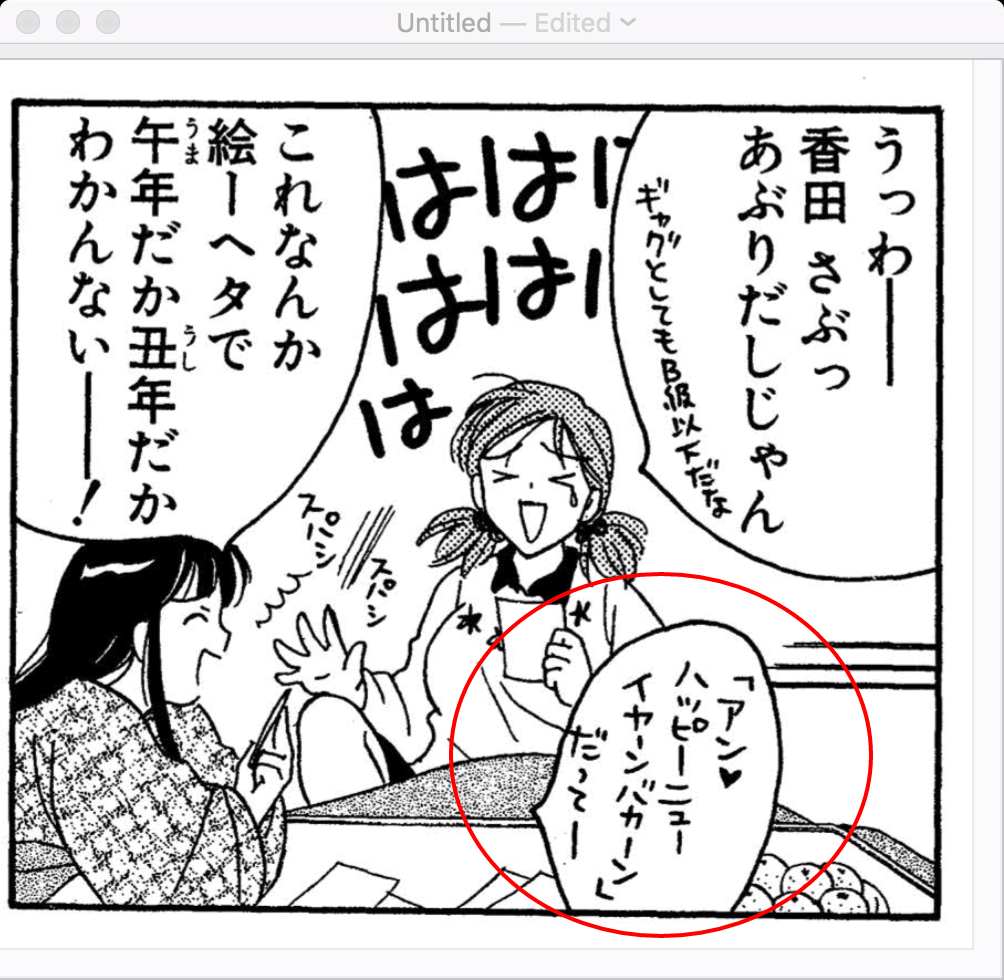 イヤーンバカーン is an cliched, interjection-like set phrase. いやーん (嫌ーん) literally means "no" or "I dislike it" and ばかーん (馬鹿ーん) is "idiot." It's not a refusal but rather an aged, stereotyped word used when a woman toys or trifle with a man. So the person who said it is childishly and jokingly mimicking a sexy adult woman.

Probably it's a wordplay similar to a classic joke 当たりの前田のクラッカー. It's a type of pun-like wordplay made by combining a totally meaningless phrase. The more meaningless and irrelevant phrase you join, the funnier it will sound. It's technically called a 地口. So that いやーんばかーん part does not really carry an important meaning, and you may even ignore it.

That アン followed by ♥️ is like "oh" or "ah" induced by sexual stimuli.

Not the answer you're looking for? Browse other questions tagged manga puns jokes or ask your own question.

7
How do jokes with "だけに" work?
9
What does "のでは" mean at the end of a sentence?
2
What is the meaning of 絶対零度の怒り?
3
Meaning of 逃げ出した 先に in this sentence
2
Meaning of ご縁 and 縁 in this context
4
Translation of the phrase: 生きる水 in context
1
Help with a few sentences using 許す
2
Why is "学校があるからお休みが染みるんだなあ" a poem?
1
confusion about い in なんでい