Do place names often use jinmeiyō kanji and furigana?

This is a small supplement to my previous question about the jinmeiyō kanji. Are they also used regularly in place names, like cities and towns, or only for people? And are place names similarly difficult to guess the pronunciation of without asking? Are furigana typically used on signs and documents for place names?

Place names, and surnames use whatever kanji they're supposed to, however unusual they are. Japanese kanji policy has no regulation for existing proper names (though they do for given names of newborns). The preface of 常用漢字表 has a line:

３ この表は，都道府県名に用いる漢字及びそれに準じる漢字を除き，固有名詞を対象とするものではない。
This chart does not affect proper names except kanji used in prefecture names and their equivalents.

That's why Japanese government maintains a huge number of variants for resident registration. 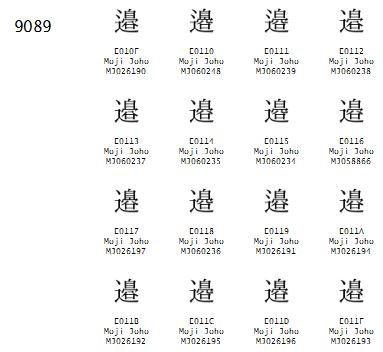 It's simply like we can't change the spelling of Featherstonhaugh or Woolfardisworthy because they don't pronounce like that.

Of course the same applies to reading. For some reason, English WP has a list for Japanese unreadable place names whose great portion is unimaginable without pronunciation aid except for local residents.

Thus, documents targeting locals isn't likely to put furigana on them, but those expect public to read, such as newspapers, may well have furigana. I have never seen road signs have furigana though, probably because they always have romaji instead.

Also see: What does it mean when newspapers give furigana for 常用 kanji?

All reasonably sized JR stations (and AFAIK, all JR East stations) and many private railway (non-JR) stations have Furigana on their 駅名標｛えきめいひょう｝, or station name signs. For example, this is the sign for Tokyo Station in Chiyoda, Tokyo: 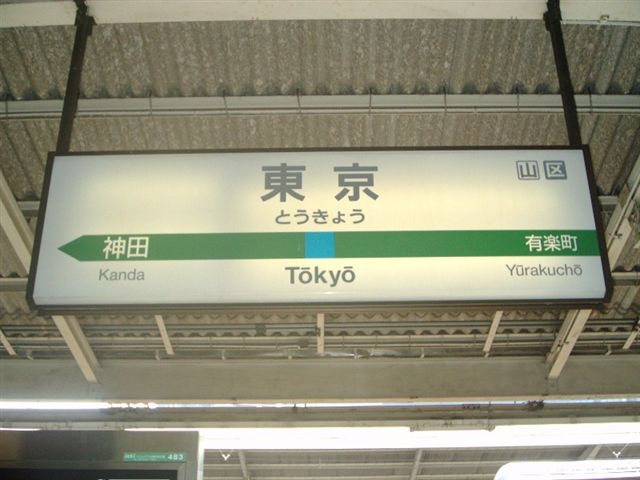 There isn't a big need for furigana on road signs, though. Not only because the road signs can't really fit them, but also because road signs have Romaji, which pretty much everyone could read. There indeed are a lot of surprises in toponyms, such as 不忍｛しのばず｝, but even if one is new to Tokyo (where Shinobazu is in), he/she could know the pronunciation from the Romaji.

Regarding kanji usage - not only jinmeiyō kanji are common, rare kanji in neither the jōyō nor the jinmeiyō tables are not a rare scene as well. For example, in Tokyo Metropolis 東京都, there is a city called 狛江｛こまえ｝市, where 狛 is an example of a kanji that's neither jōyō nor jinmeiyō.

12
Is it always necessary to ask how someone's name is pronounced if you encounter it first in writing?
8
What does it mean when newspapers give furigana for 常用{じょうよう} kanji?

19
When Chinese personal names are written in Japanese in kanji is there always an obvious reading?
5
Why is the Japanese government considering adding kanji such as "cancer" to the jinmeiyō kanji?
3
As a foreigner with a Japanese name, what are the implications of writing my name in katakana or kanji?
1
Is it permitted to use kanji beyond the jinmeiyō kanji for names?
12
Is it always necessary to ask how someone's name is pronounced if you encounter it first in writing?
5
Two stations written with the same kanji but pronounced differently — why?
0
The use of Joyo Kanji in names
1
What are the common practices for writing Korean names?
4
Historical naming conventions of Japanese first names? Modern interpretation of first names?