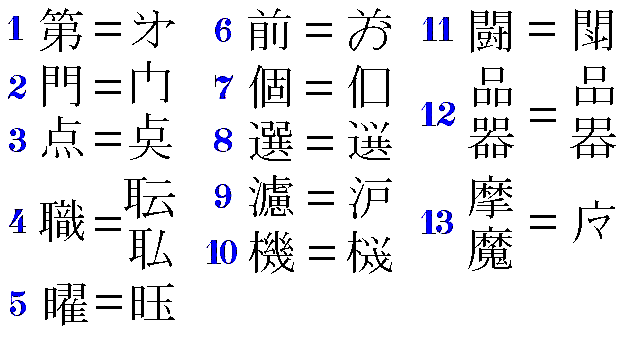 2
What kanji is this?
2
Could someone help me make sense of the name on this image?
0
この正角な时间に : "right" can be intended as "right now" or is it just "correct"?

12
How do I look up this kanji?
7
What is this kanji ? Looks like 七 three times
15
Does the average native Japanese reader know how to pronounce a majority of Kanji found in books?
6
I cannot recognize this kanji after my name
1
Any help recognising a handwritten kanji?
5
What are those kanji on a 大施餓鬼柱 pillar?
0
Why is the kanji for haru (陽) pronounced as "yo"?