Is my Hiragana understandable? [closed]

Ask Question
Asked 4 years, 8 months ago
Active 4 years ago
Viewed 4k times
2
Closed. This question is opinion-based. It is not currently accepting answers.

I don't wanna develop bad habits so I am asking at the beginning. Is my hiragana handwriting understandable? It was not meant to be some ornament artistic style but just the casual handwriting written at the same speed as when I am writing Latin alphabet. So here it is

All of your hiraganas are understandable.

However, the shape of 「を」 and 「い」 seem a little strange to me.

They are very well understandable on condition written at the considerable speed.

To write them better, please refer to the examples shown in broccoli forest's comment.
The only one important point to refer to is whether the left and right gravity balance of each letter is struck or not. broccoli forest's samples are good at least at this point.

As I said in my original answer, all the characters presented by the questioner can be understandable, and moreover I thought that each hiragana was written relatively well for what was written at the same speed as when you write Latin alphabet.

Knowing them, I'll tell you knacks how they look better with using illustrations.

For "ひ" and "む", special explanation is necessary. Both are related to each kanji as the basis of hiragana.
I'm going to explain under the condition that you know each hiragana has its original kanji from that it is made. If not, visit here, where I also made my answer.

"ひ" in the original work in (0) is very similar to the letter shown in (5), so this is not a problem of itself, but I think that you can write it more beautifully if you know the kanji of its basis.
If you look closely at the sample of "ひ" in (5), the first stroke is straight to the right and the last stroke is written to the lower right oblique direction. "ひ" was made from "比" of kanji. It is not from "北". Of course it is not from the shape of a "T-shirt". The point is that "ひ" is not symmetrical. Also, the first start position of "ひ" and the vertex of the curvature to the left following it are in the same vertical straight line. All of these things depend on the fact that "ひ" was made from "比".

About "む", I will explain the position of the small loop at the left side. Looking at various examples, there are ones where the loop is located in the middle of the left side like that in "む" written by the questioner. However, I like it placed being in the lower left corner like that in "む" in illustration (5). The reason is that "む" is made from "武". The small loop is actually made from the "止" part of "武". Therefore I think that it should be in the lower left corner. 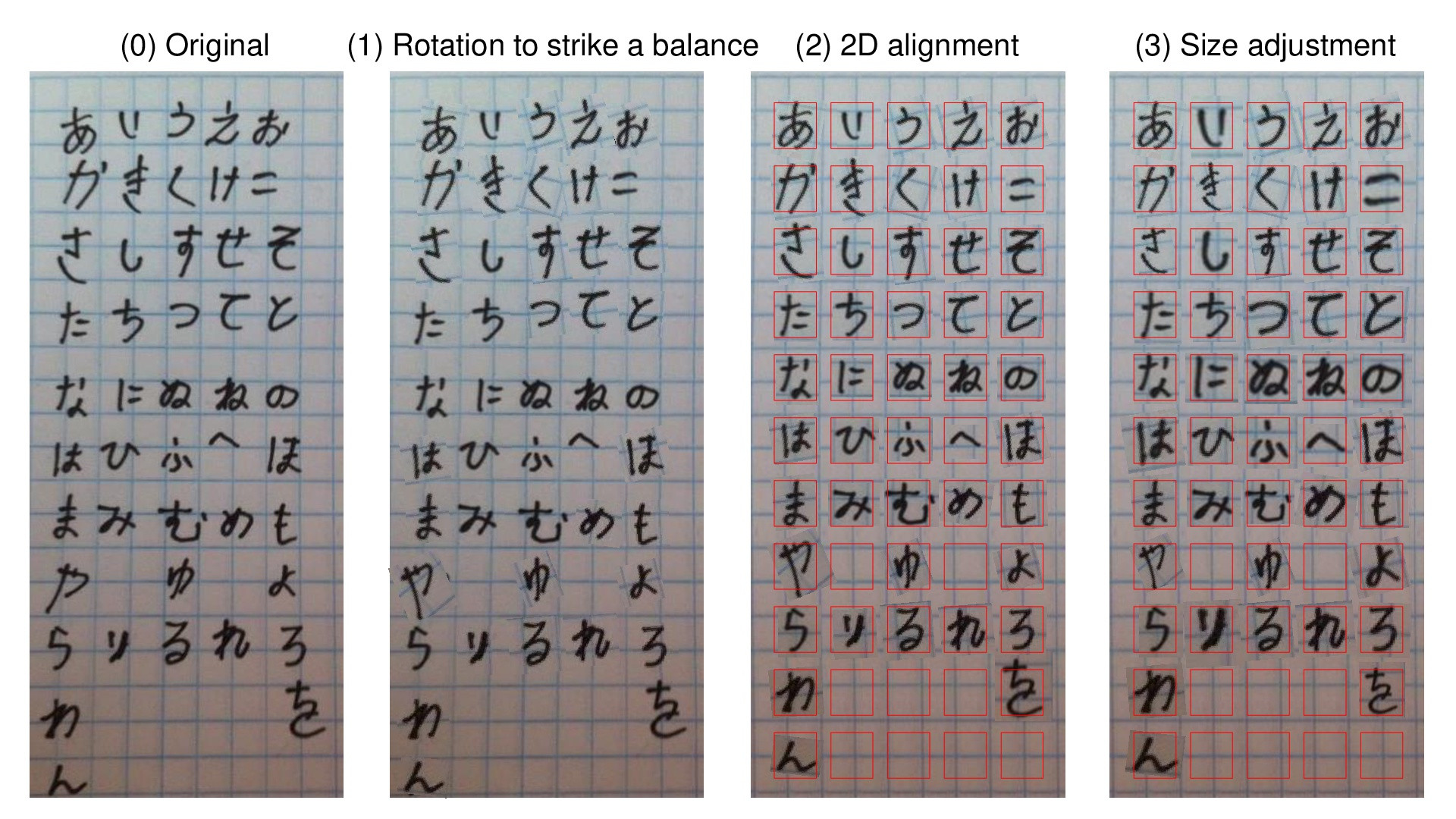 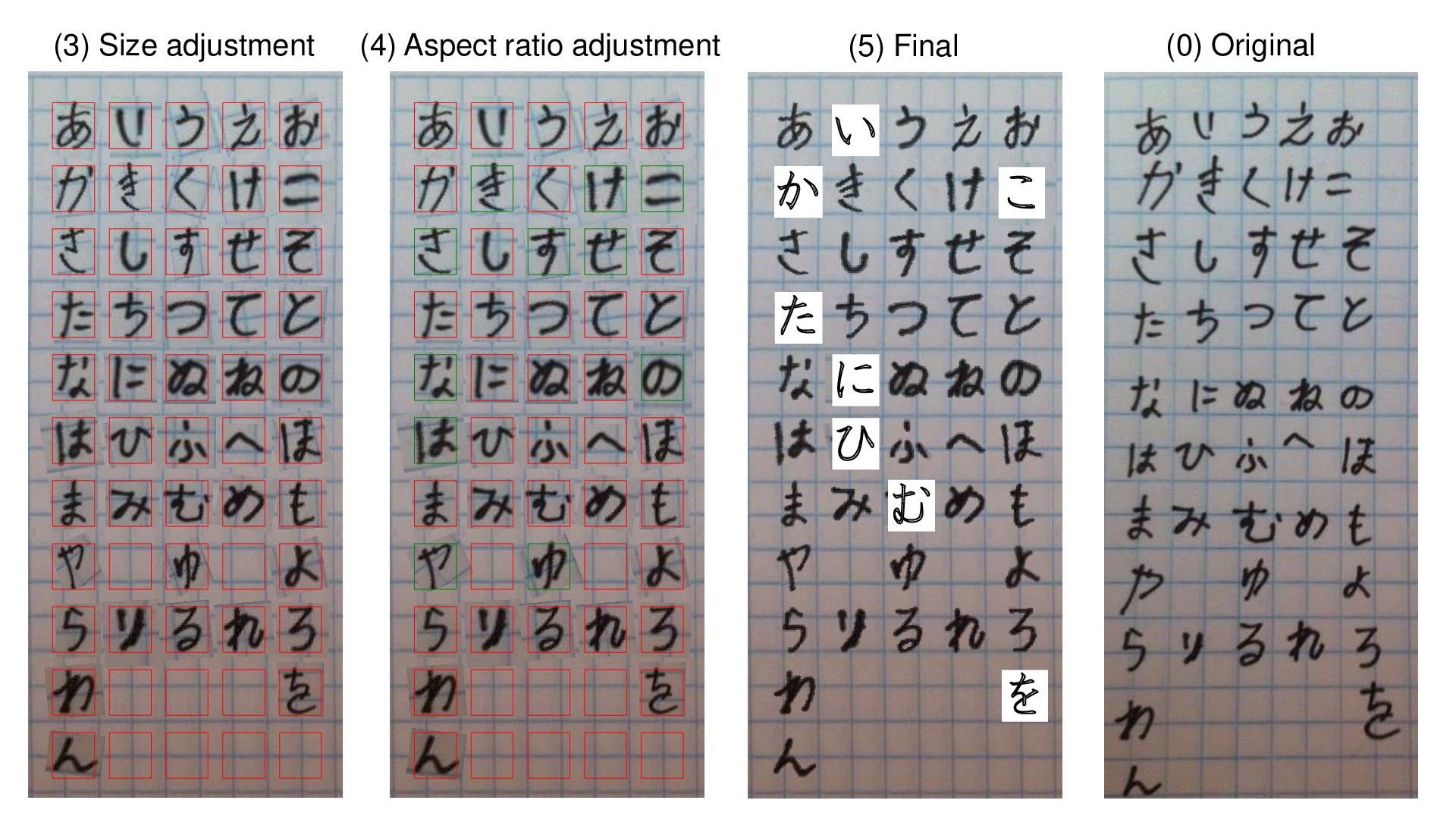 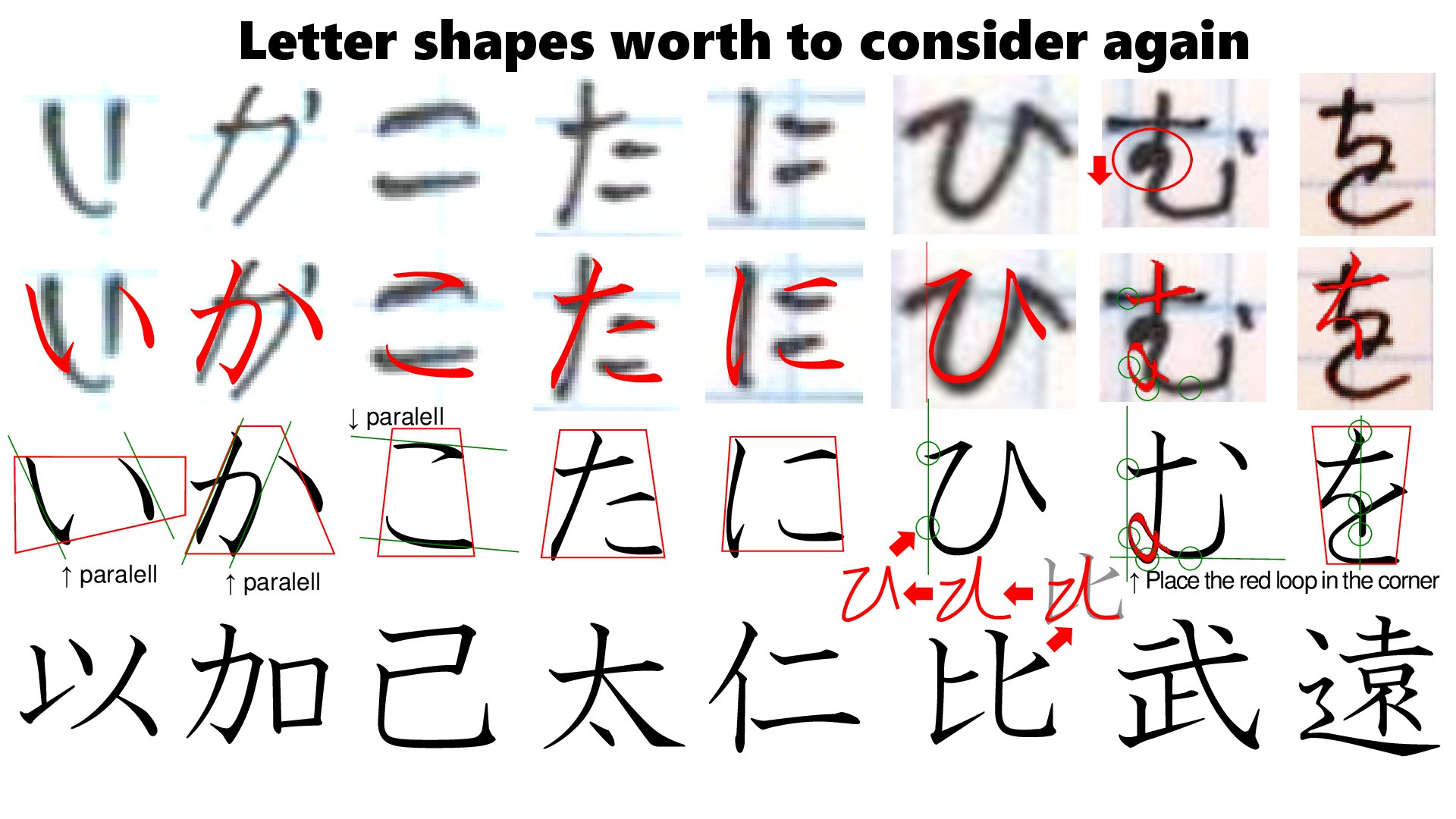 8
Is there any rhyme or reason to hiragana?
6
皆さんはどんな字を書いていますか？ / How do Japanese speakers write kana or kanji by hand?

5
On the legibility of Japanese writing (compared to the Latin alphabet with its variable letter height) – What's the correct kana height?
6
I cannot recognize this kanji
12
Need help reading old hand-written japanese
5
What are those kanji on a 大施餓鬼柱 pillar?