Using of あたまおかしい in various situation and translation

Recently, I found a joke about CPU Cores/Threads here. I catch attention on the word "あたまおかしい" which in this context is probably:

Right? But I have seen many use of "Okashii" alone that means "weird". So many questions regarding this phase follow: 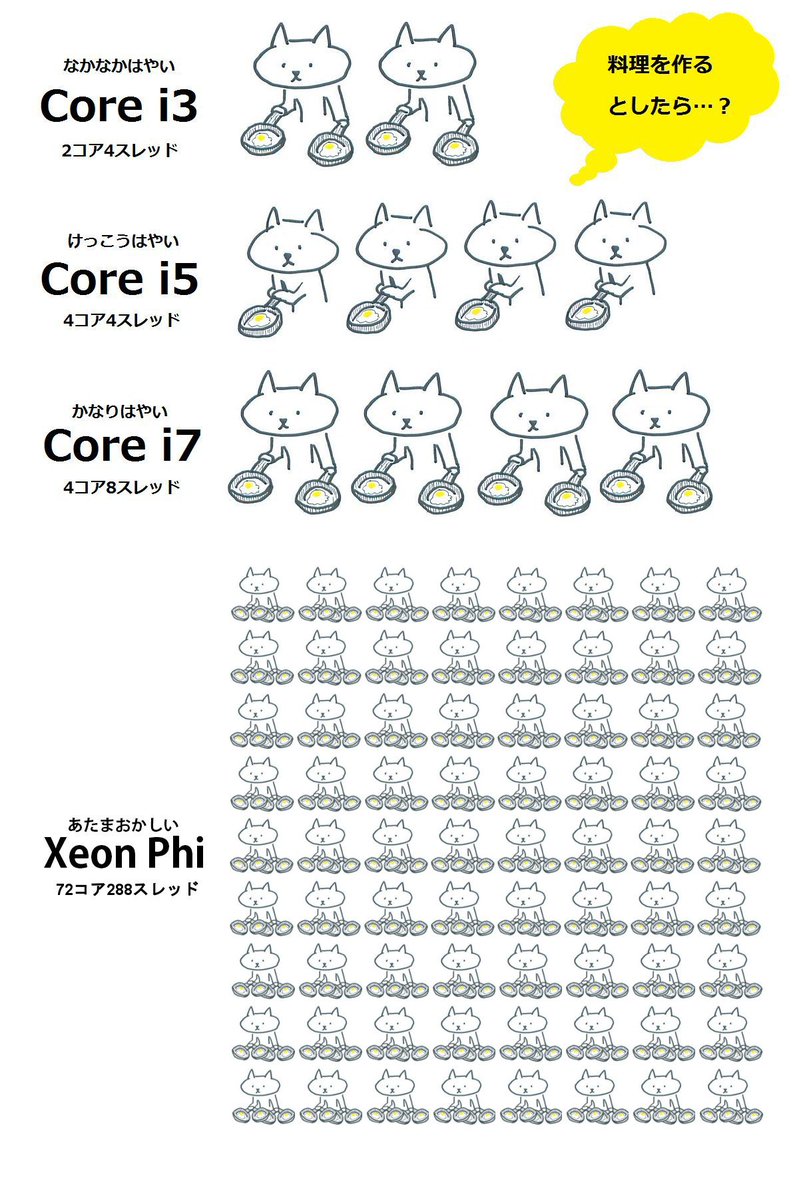 can it be translated to too fast that head is dizzy/weird? Instead of "mentally" craziness.

No, あたまおかしい means crazy/insane/mad, not dizzy. Its basic meaning is of course negative, but recently あたまおかしい has gained a positive sense, as seen in this picture. You can say あたまおかしい is mostly positive when this word is used for comedians, "crazy" YouTube video, etc.

おかしい just means weird/strange/peculiar as well as funny. If it were not for あたま in this picture, it would not make much sense.

Are "頭おかしい" and "頭がおかしい" have the same meaning and usage?

As net slang, あたまおかしい is used almost like a single i-adjective. あたまがおかしい might mean the same thing depending on the context, but I rarely see it. Since あたまがおかしい is not an established slang term, I think it tends to be used in the original (i.e., negative) sense.

あたまおかしい is still net slang, especially when this means something positive. A safer replacement would be ヤバい, which is a widely known slang term that can also be both positive and negative.

People often add (ほめ言葉) to clarify it has a positive connotation. e.g, "narutoさん頭おかしい（ほめ言葉）"

I wonder if this phase can describe dizziness in your head. Like, you say this to your friend when your head feels weird or dizzy? "ああ、頭がおかしくなる。"

Just to add, the translation of your pic wouldn't be "Insanely/Crazily fast", but literally just "Insane/Crazy". I think it's worth making the distinction that this (slang) usage of "insane/crazy" does not coincide with the usage in the English (slang) language.

In English, when someone says, "That's crazy/insane!" (of course, depending on the context and tone) it would mean pretty much the same as "That's awesome!".

When used in this context, 頭(が)おかしい would have the tone of "ridiculous" or"whoever is going this far has to be stupid/out of his mind". So as you can see, it is not really praising the target, though in turn it does in a roundabout way. Think of it as needing one extra step to become praise.

Also note that this type of praise is only really used in extreme situations, like the example you gave.

A: "My friend painted this really good picture."
○B: "That's crazy!"
×B: 頭おかしいわ（褒め言葉）

Notice that even with the connotation note, it's not extraordinary enough and most likely other people would reply with "What's so crazy about it?". Compare that to the English usage, which is generally acceptable.

A: "My friend painted this really good picture using only his mouth to hold the brush!"
○B: "That's crazy!"
○B: 頭おかしいわ（褒め言葉）

Basically, it's best to use in situations you feel would be overkill.

Not the answer you're looking for? Browse other questions tagged meaning slang internet-slang or ask your own question.

3
“訳分からない” various uses of 訳
7
Can 野郎{やろう} really have that many meanings?
10
Etymology and usage of 凸待ち
2
Gruff translation of ん
1
Meaning of お世話になる vis a vis place of work or place where someone is being trained
3
The meaning of そんな気持ちはなくて in this context
3
What is the subtext of this situation?
6
Why is “移民” labelled as a sensitive word in the dictionary? (in relation with or without the history behind the word)
3
ガンアゲ translation/meaning
0
Using 於ける and 中