Browsing for art late at night, I came across this beautiful poem by Yoshitoshi, said to be his death poem:

holding back the night / with its increasing brilliance / the summer moon

...which I'd like to be able to write. How is this written? Which kana and kanji are used?

This was originally a comment to point out that it may not have been written with the kana/kanji in use today, but I realized it's an example of an alternative way to write it: 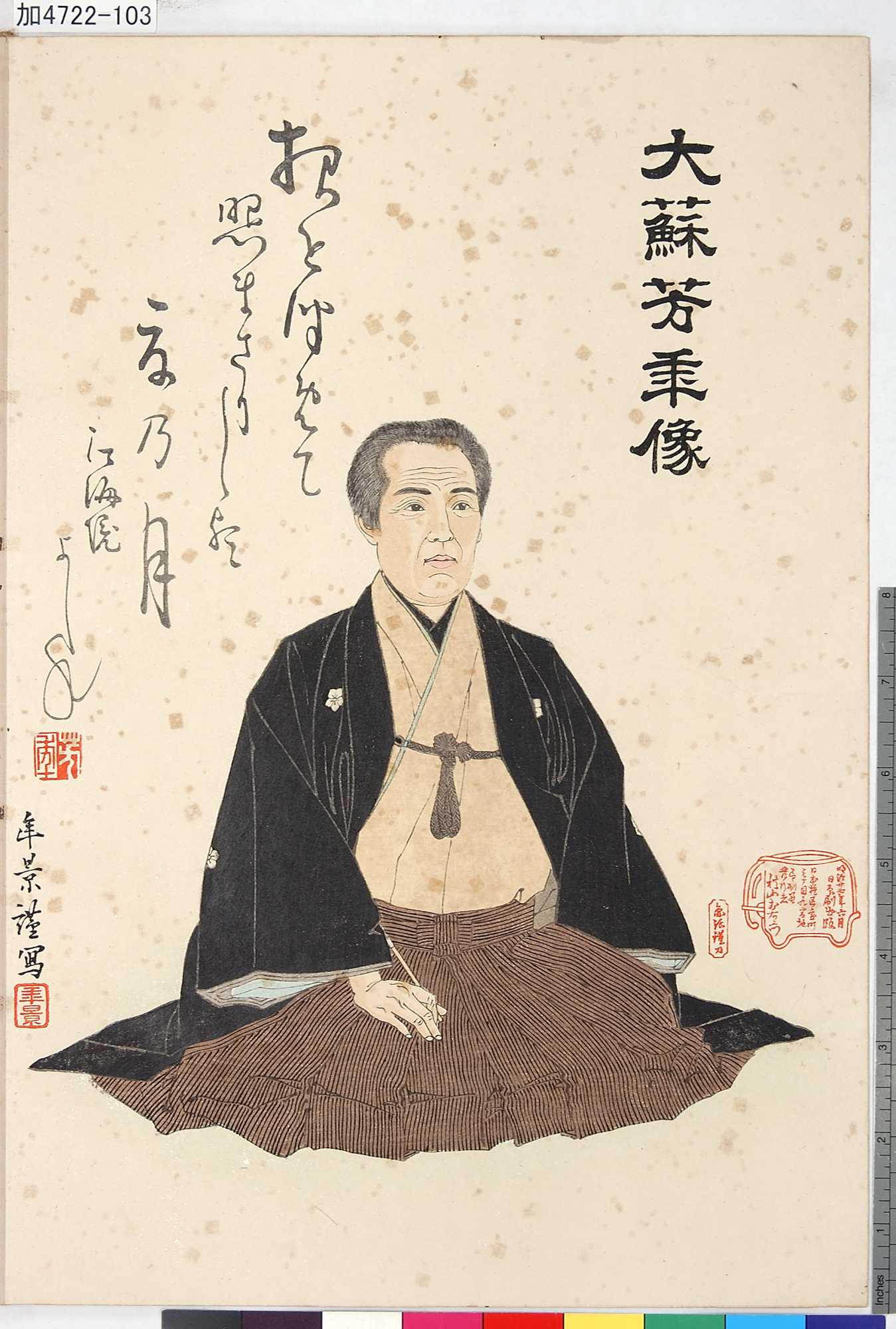 It's a painting of Yoshitoshi that was published by another artist in the same month he died.

The source transcribes it the same way it's written in silvermaples answer.

I found it here (near the bottom), and it seems to have "ka" where what you found says "wa"...I've found other romaji versions with "wa", so I'm not sure which is correct...

Not the answer you're looking for? Browse other questions tagged kanji kana quotes or ask your own question.

3
Which kanji and/or hiragana are used to write this snippet of Japanese that appears in the novel Gravity's Rainbow?
4
Pre-Kana Kanji readings
2
Are many hiragana and katakana found in kanji?
1
Something that can be written with kanji but not with kana?
3
Kanji that represent "Death before Dishonor" meaning
1
Kanji or kana for いってきます?
1
What are the small kana words put above kanji called?
1
What are the kana between kanji called?
1
Which is more commonly used in writing? 者 or もん