Why did this pirate get angry when he was given a bottle?

I was reading this and it didn't make sense to me. This pirate wanted a drink, but the store was sold out. So one of the guys offered to give him an unopened bottle, but it only made the pirate mad. Maybe it's because I don't understand enough Japanese or Japanese culture, but it seems that he was insulted. Did the guy who offered him a drink not have good manners?

Why did the pirate say ナメたマネ? 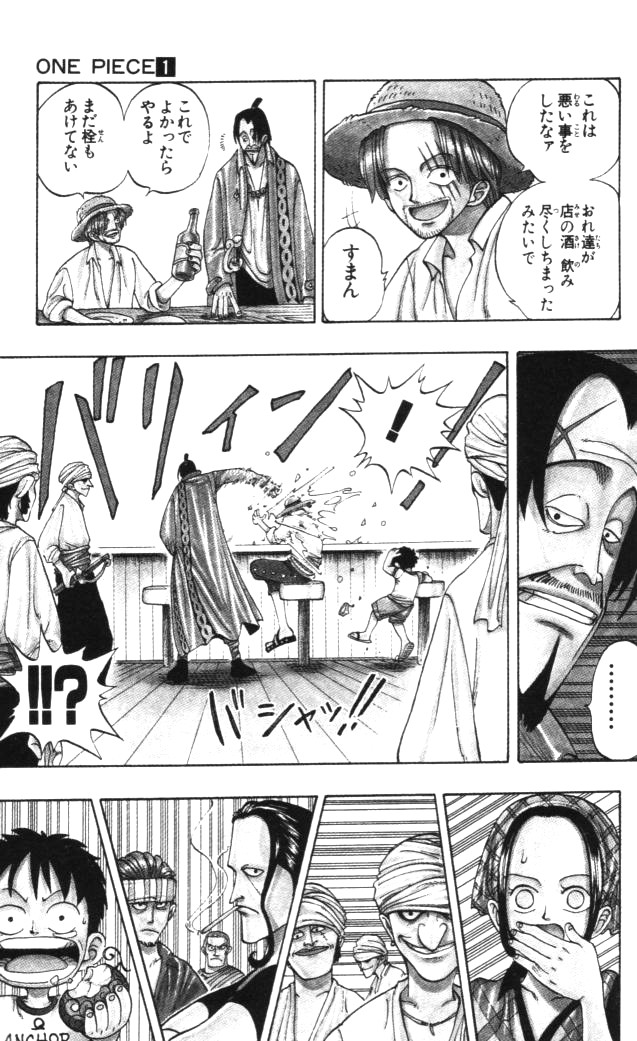 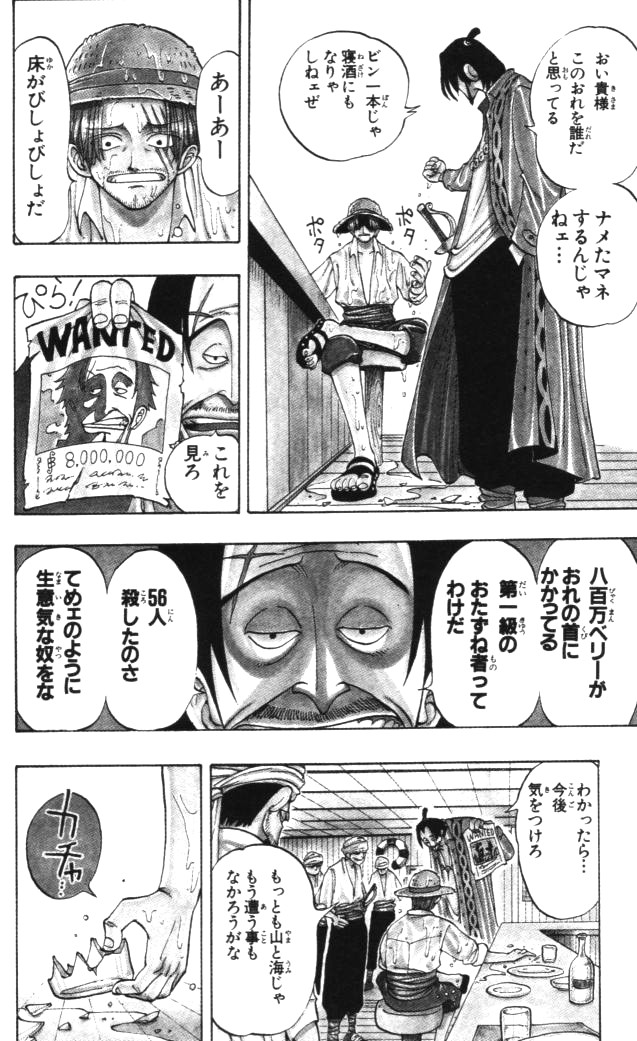 Let's imagine that somebody went to a bar (asking for three barrels of wine*), seeing everyone in the bar drinking, but the owner told him there's no wine left. And now, someone (drinking in the bar) says: we've drunk all the wine here, oh, there's one bottle left, do you like to have it?

Well, the words used are not in the normal polite form, but I cannot say that's too rude. He just used the way to speak to some friend.

The one who came to ask for wine is someone considering himself "boss" of the area, and anything not working in his way is an insult to him. (He is one of the "bad" characters who are deliberately written as such.)

Finally, you must really be very careful in using mangas to understand Japanese culture. Most of the mangas are not about the everyday life in Japan, and a lot of them are in some imaginary world. Usually, what the characters (either "good" or "bad" characters) do would not reflect how a normal Japanese person would act in such situation.

The pirate is basically saying "Don't fuck with me".

Here ナメたマネ is the kana form of 舐めた真似. 舐める is slang for "take lightly"; 真似 is a way of acting, and conveys a hard-to-translate contempt. So, more-or-less literally, the pirate is saying:

You are not to do the looking-down behavior

As for the scene, he's angry for the internationally comprehensible reason that someone drank all the booze and is now cracking jokes at him.

Isn't the answer in the text that follows?

He's insulted by the fact that the guy thinks he can be placated with a single bottle after they drunk all the rest of the sake.

I'm not sure if there are other contributing factors but just in the first two panels these are present:

I think those in bold may be rude.

1
Difference between マネ and 行動

2
Nuances in context- なぜそんなことをしたのか - why he did it, or what caused him to do it?
3
What is the common perception of 藪医者? Or how to tackle with amiguity here?
7
Precisions about ほど, and particularly what quality ほどの refers to
6
Meaning of 水面 in reference to population
2
Help parsing a sentence
0
Meaning of に in もう彼女に抵抗の余地はないのでしょうか？
3
もう and けど in one sentence
2
What does “切ったのは俺?” mean in this context?
3
What is a good way to translate ではある?
1
Is this topical tangent really as abrupt/unconnected as it feels to me?