Why is "Try Again" translated to やり直す?

In the English of iOS, when the phone can't recognize your Touch ID when unlocking the device, it says on the top there "Try Again". After I switched the language to Japanese though, it turns into "やり[直]{なお}す". 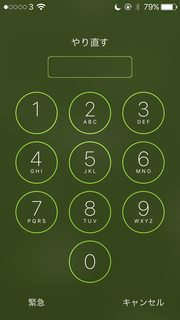 After looking up the dictionary, 直す means "to fix/repair", which kind of makes sense. That is because it is kind of asking the user to "fix" the position of the finger or something like that (The user might be partially touching the home button and that may be why the identification failed).

However, why is やり used here? I looked up the dictionary for やり and found that it means a "spear" (槍). Since that makes no sense in this context, I did some more searching.

Then I realized that やり might be 遣り, 演り or 飲り written in Hiragana for ease of understanding. And one of these verb stems combine with 直す to form a compound verb, like 思い出す. But I don't know which one it is since none of these makes sense.

What is the meaning of やり?

Japanese has tons of compound verbs (複合動詞{ふくごうどうし}) and やり直す is one of them.

So using やる(to do) with this form you obtain やりなおす (do it again).

I don't think it is a good idea to break down the word because the meanings of the individual words may not always add up, even though in this case it does.

10
How to say, "try to __", "have to __"
1
Help parsing a sentence
9
The meaning of 吸口 in this context
0
とこ, ってやつ, sneezing and other considerations
0
why has 当り前 been translated as "must-be" here?
2
Why are Japanese translated subtitles non-conversational?
7
Making sense of why 乙嫁語り is translated as "A Bride's Story"
2
都合の悪いところ + 見て判断したそう + punctuation of this sentence
5
Translation of the "Immortal Words" from the "Stormlight Archive"
3
ひとつ (give something a try)