I am learning Japanese, and need to enter romaji into my keyboard to enter Japanese into documents and tables on my smartphone.

My textbook shows ī as the only romaji that can be spelled as a double ii. 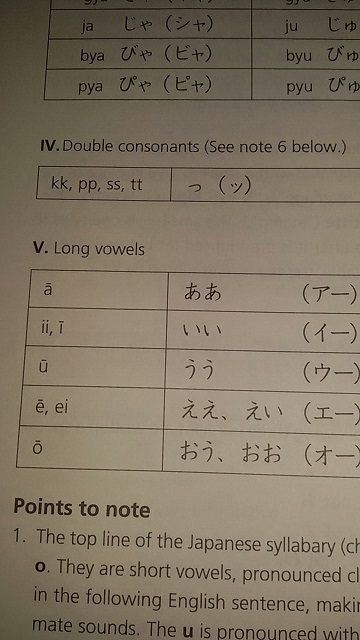 Is this a commonplace romaji writing convention, and if so, then why is this?

Would I be right in saying that it is because the alphabetical combinations いい occur in Japanese (words), whereas ああ, うう, ええ, おお do not?

Hepburn originally transcribed いい as ī, but in later editions he changed it to ii. Unfortunately, his book doesn't explain why he made this decision, so I can't say with certainty what the reason was.

I think one reason is most obvious and likely, however: ī looks very similar to i, and writing ii avoids confusing the two. This isn't a problem for a, u, e, or o because they don't normally have dots over them, so they're visually distinct from ā, ū, ē, ō.

Note that Hepburn did not make the distinction mentioned in Eiríkr Útlendi's comment; he transcribed いい in all cases as ii. Although a few people do make that distinction, it's not common to do so, and you don't have to worry about it as a learner.

Would I be right in saying that it is because the alphabetical combinations いい occur in Japanese (words), whereas ああ, うう, ええ, おお do not?

No. We can find all five kana sequences in Japanese words. The easiest examples for the rest are interjections: ああ, ううん, ええ, and おお. Interjections aside, ああ is also an adverb, and おお appears in a number of words such as おおい and おおげさ. We can find more examples if we include sequences that cross morpheme boundaries, such as ええん (会厭) and ふうう (風雨).

If you intended to include examples where a long vowel follows a consonant (although these are technically excluded by what you wrote), we can find more examples rather easily: おかあさん, ずうずうしい, おねえさん, and ほのお.

The explanation in your edit doesn't really make sense.

But I have a guess: I think ii is listed just because i and ī are too similar and difficult to tell apart.
So in order to avoid confusion they may use ii instead of ī.

the double ii was copied form european laguages ( romanian an italian).. as this did not exist in Japanese languages before 19 century and japan look towards europe for inspiration. It could also be that japan has strong feelings towards(hawaii)

10
Why is「ん」the only kana without a vowel?
1
Something that can be written with kanji but not with kana?
16
Can I insert hiragana in words I only know partially how to write?
1
Why is it that Neptune's name is written as ネプテューヌ and not ネプチュヌ?
8
Why was つ originally used to mark consonant gemination? When was that?
3
Difference between the two "o" kana, and how to input them from romaji keyboard?
0
た ち つ て と -> だ ぢ づ で ど (ta chi tsu te to -> da dji dzu de do) - Why is it different from all the other kana that can get dakuten?
4
Why do not all かな get dakuten? And why only the は ひ ふ へ ほ へ kana get handakuten?
6
Why is there dakuten on the "ん" in this image? (ん゙)
1
Why is the katakána ヲ taught to beginners?