What are the right shapes of kana?

I have been learning Japanese for over a year now, and I have noticed that some people are writing kana differently. For example, I have seen う being written just like how it appears now (looks like a rotated U letter) and I have also seen it being written like a question mark (only a bit more curved)!! i

So I was wondering - what are the correct shapes? Or are they all correct and it's just a matter of rightly forming it?

The typeface used in textbooks is called 教科書体 (lit. "textbook typeface") and fonts are designed to be copied as closely as possible.

(This is quite different from languages based on the alphabet: there are many different cursive styles taught in schools and textbooks are never typeset in cursive "handwriting" font.)

That said, like you observed there are very slight variations. For う, there is a question of whether the first stroke should have a hook or not, and whether the second stroke should be entirely round or have a dent:

I would say the first one is more standard for learning handwriting; the second and third ones are shapes used in current 国語 and 算数 textbooks.

Any of these should be considered "correct", but even when aiming for any of these, actual handwriting will look different again.

For reference, here are two charts you can follow: 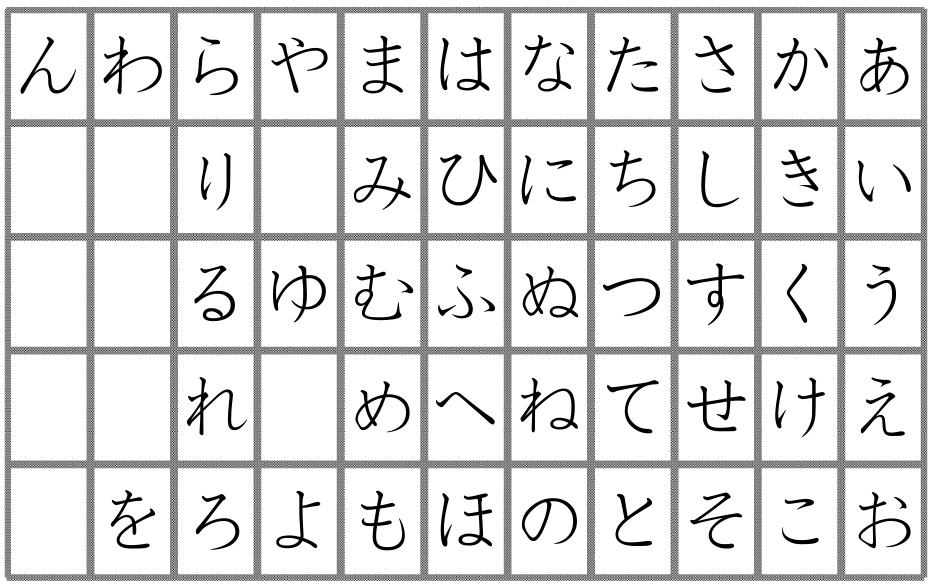 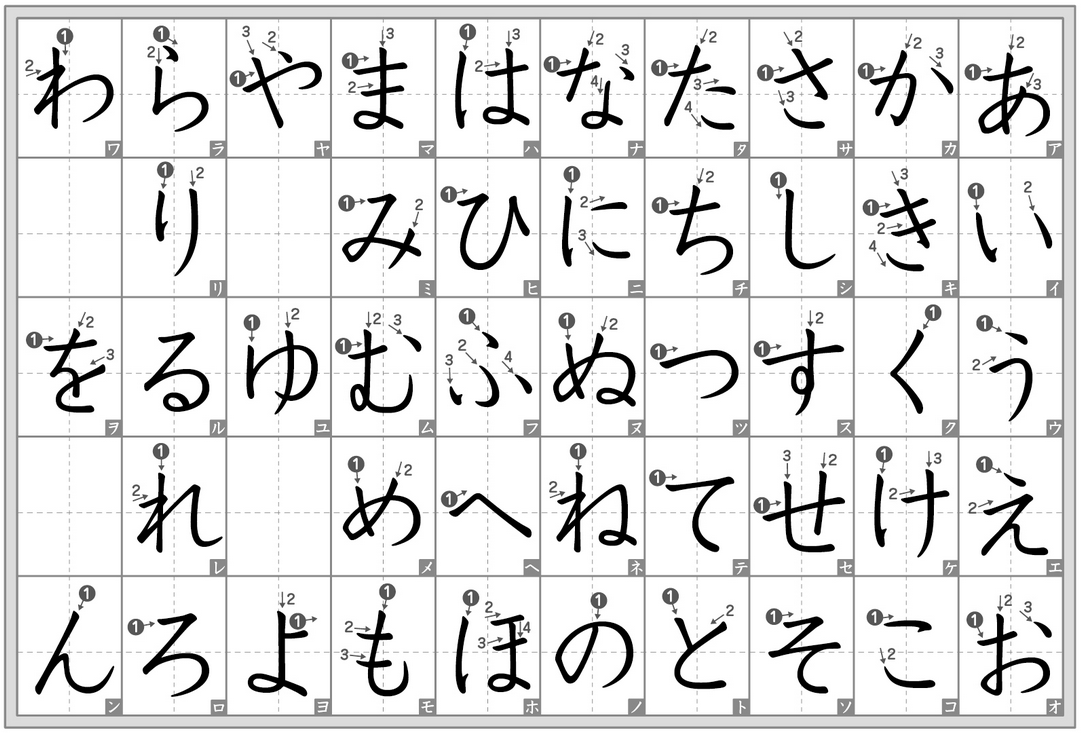 (From this blog (image link))

Finally, there is a very nice instructional video for learning to write ひらがな (with a calligraphy/brush pen, but it also applies to pens/pencils) that I learned from @snailplane: 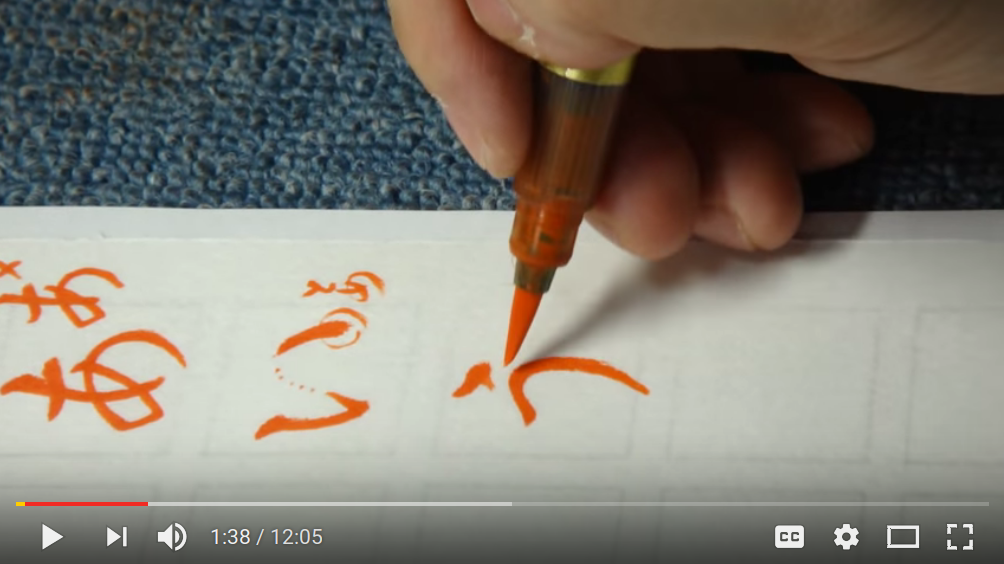 Not the answer you're looking for? Browse other questions tagged hiragana kana handwriting typesetting or ask your own question.

65
Why are the particles "は" (ha⇒wa), "へ" (he⇒e), and "を" (wo⇒o) not spelled phonetically?
3
Pronunciation of the hiragana け and か
8
Same word - written with kana and kanji in two places in the same paragraph. Why?
5
On the legibility of Japanese writing (compared to the Latin alphabet with its variable letter height) – What's the correct kana height?
6
When/why would one write a word using 直音表記?
1
What are the kana between kanji called?
2
Are hiragana letters written with their small nuances?
3
Handwritten kana that looks like ヤダ, but I can't find ヤダ in a dictionary
3
Positioning of small kana in compound kana