What is this wood doll thing with a poem on it?

Is this a Kokeshi doll or some other kind? and is the poem on the body readable?

My dad got this out of a box his customer was giving away. They said it was from Japan but I can't remember if he said they bought it as a souvenir or if it was a gift. I know it was a long time ago. Over 30 years at least. 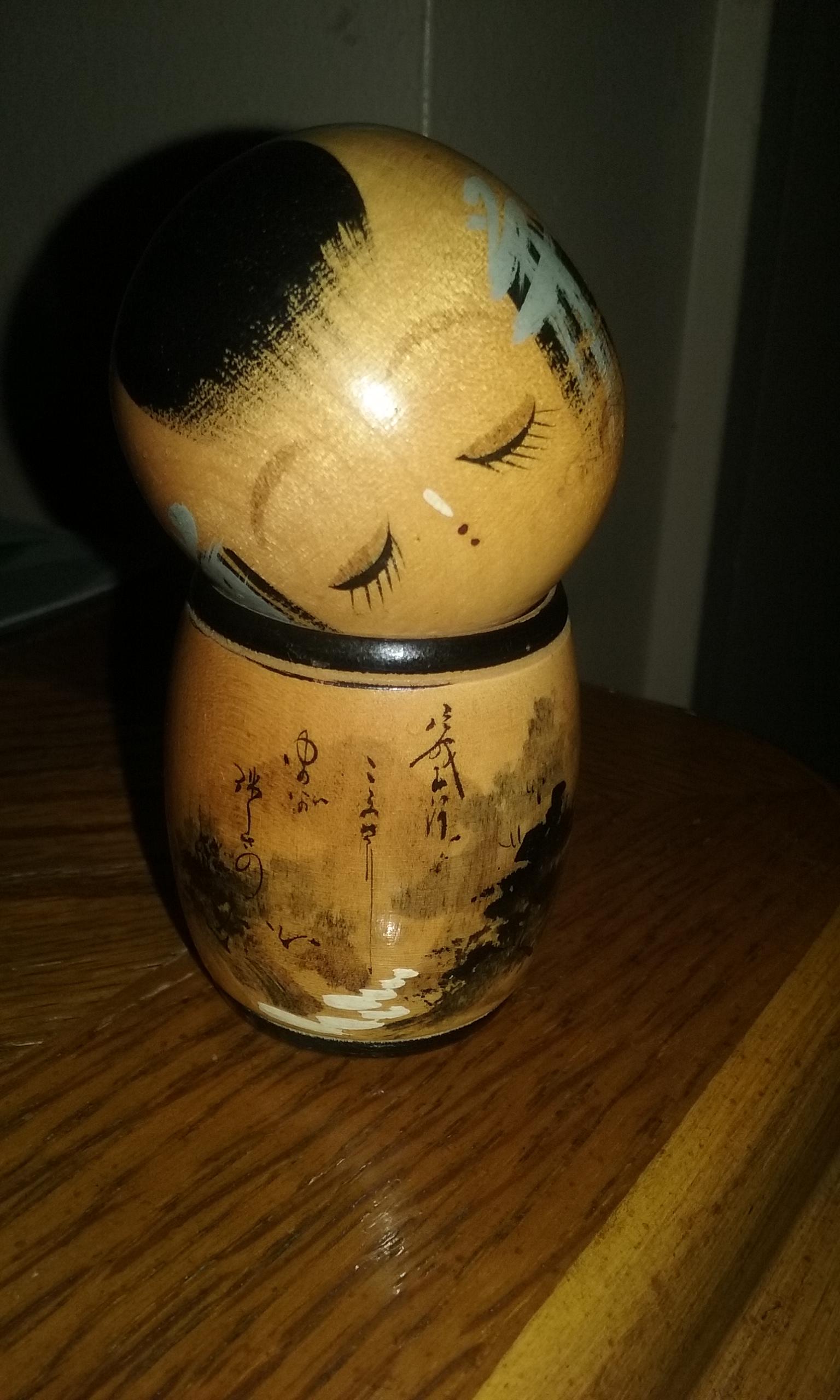 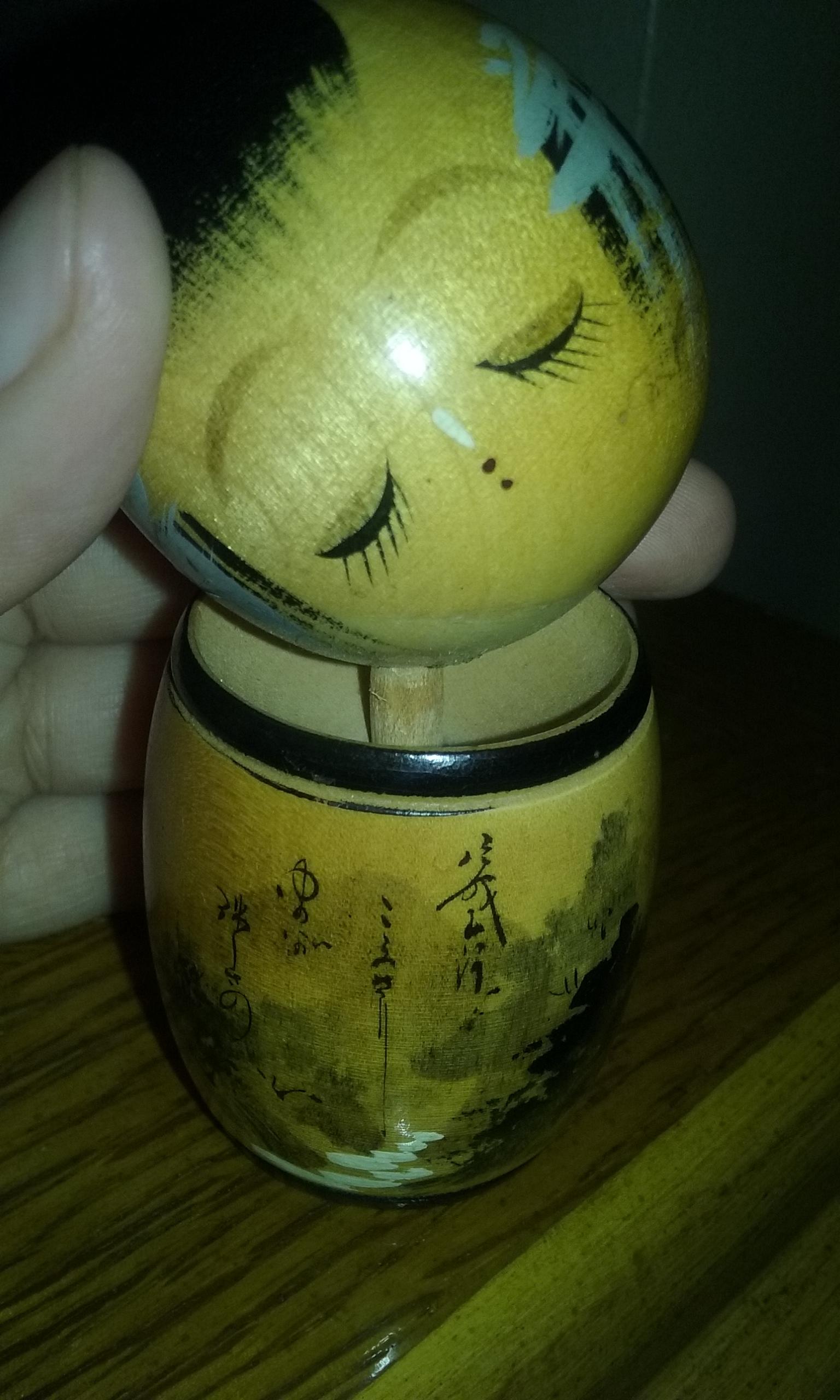 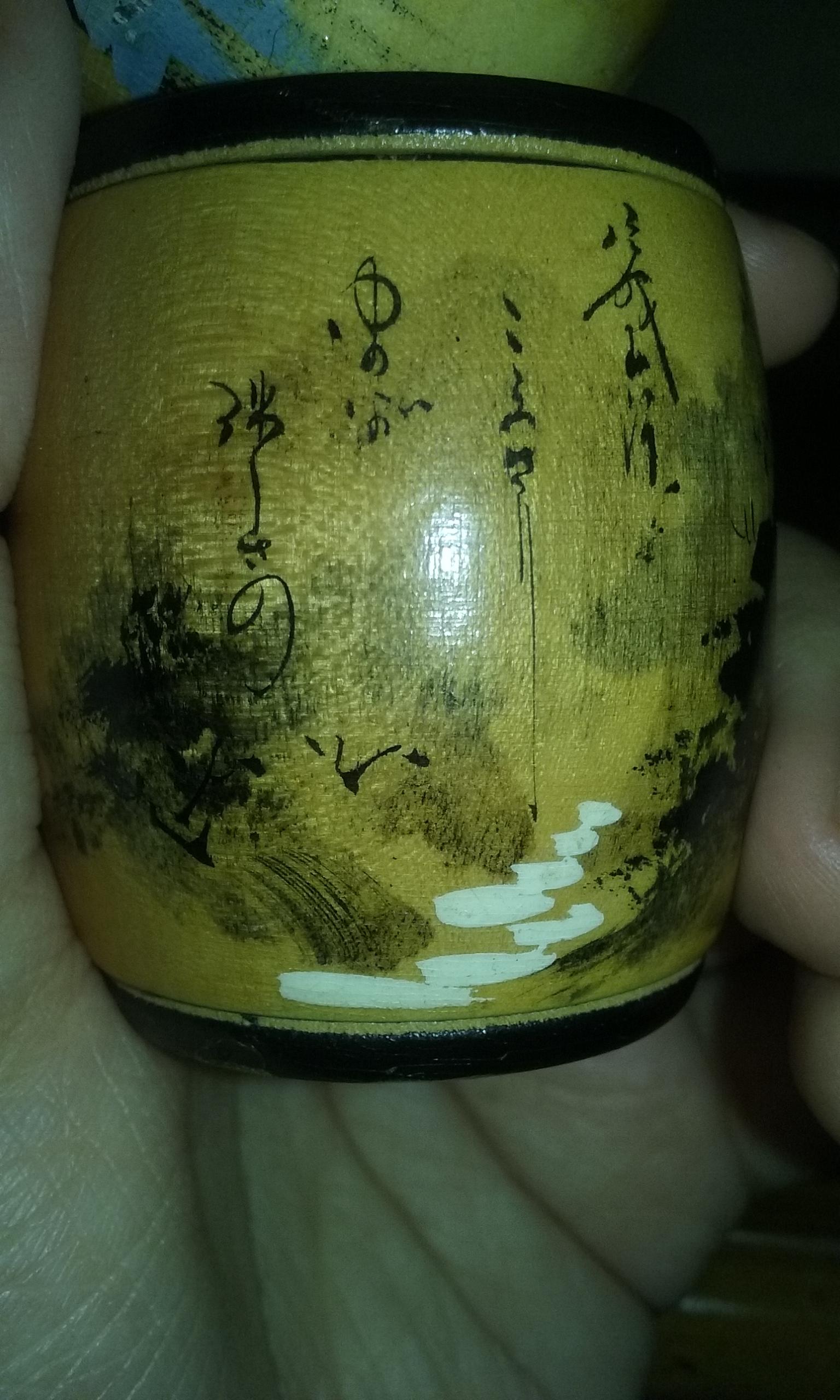 The doll is a kokeshi; I would not know how else it could be called.

The writing on it is clearly the first half (the first four lines below) of the tanka by naturalist poet 若山牧水. (Personally lovin' that extremely long 「リ」 in the second line.)

Why just the first half? You might ask. That is because in Japanese culture, things left unsaid have just as much or even more 'power' than the things that are said. The reader is expected to finish the poem by himself in his heart, appreciating the act of doing so.

I would rather leave the translation to one of the experts here, but here is one by me for starters. If you know anything about Japanese, the original word order will need to be switched around completely for an English translation.

"I have passed so many mountains and rivers,

Wondering if I ever reach a country

If you translate, it is impossible to say exactly what part of it the writing on the kokeshi corresponds to because of the drastic change in the word order. It is just "about the first half".

Over river and mountain
I search for a land without longing...
and walk on another day

With each river and mountain that I pass,
I think to myself,
"Perhaps this place is one without longing and want!" (yet, such a place does not exist...)
...and so I travel on

At the time of writing this poem in 1927, the author was 23 years old and travelling home during summer break from university through the Chugoku region of Japan to visit his ill father. He deliberately chose a route through the mountains he had not taken before.

Based on the explanation found here: http://www.kangin.or.jp/what_kanshi/shiika_D13_3.html

Not the answer you're looking for? Browse other questions tagged word-requests or ask your own question.

7
How to call this framing problem in Japanese?
6
The answer to this question eludes me
17
What is the proper term for a bug fix with respect to Software Development
4
What is this kind of book layout called?
0
Is there a term for two words that mean the same thing, but a preference for one?
3
What is this specific way of announcing court orders called?
2
What does this 意識 refer to?
3
How do you say “I am stuck with step X”? 進まない