In English, we have two distinct concepts "Anthropomorphization" and "Personification".

The former, meaning to impart some human traits onto an object or animal is often seen in Japan/Japanese media: 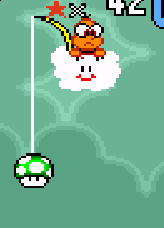 On the other hand, "Personification", which is to go "bottom-up" and make an object or animal into a complete person is also often seen in Japanese media, and after consulting my Japanese friend they taught me the word for it is 擬人化{ぎじんか}, which is basically this: 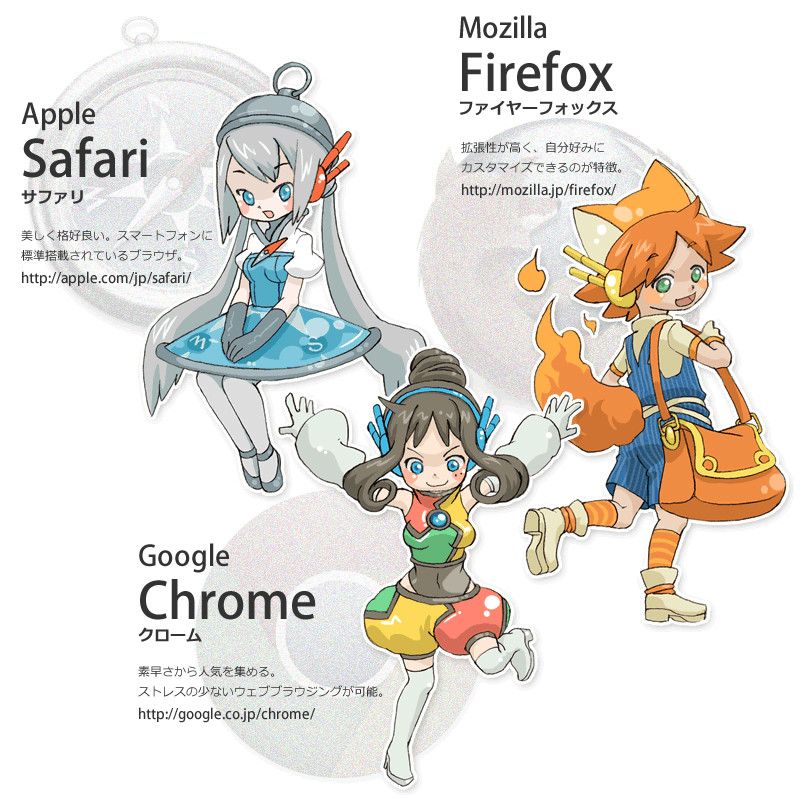 While the two concepts in English are distinctly different, I could find no Japanese language version of "Anthropomorphization" as either a noun, verb, or concept.

Considering how prevalent the former is in Japan, why isn't there a word for it and why does our concept of "anthropomorphize" always imply "Personification" in Japanese?

擬人化 is used to mean "personification" as in the second image of the OP.

擬人観 is used to mean "anthropomorphism" as in the first image of the OP.

Both of your examples appear to be typical 擬人化 to me. "There is no word for the former" is probably not correct. Simply, the Japanese word 擬人化 safely covers both the former and the latter.

I don't know any formal pair of words to distinguish the two in Japanese. If there are such words, that must be ones recognized only by professional researchers. 擬人観 is a word I learned today.

"萌え擬人化" and "娘化" (for girls) can specifically refer to those ブラウザ娘, 艦娘, and so on, but of course it's only a subtype of "object-like humans".

And you said "making people into things" referring to those ブラウザ娘, but that does not correctly reflect how Japanese people perceive those girls. 擬人化/娘化 literally means "objects turned into humans/girls", and most Japanese otaku regard these "browser girls" essentially as "browsers" that happen to be in the human form, not girls in browser-like costumes. Therefore, to the eyes of average Japanese people, there is no essential difference between what's drawn in the two pictures. It's just the matter of the degree of transformation.

I read everything in the link OP provided. Well, it appears to me that you linked to an article that says quite the opposite of your explanation. That article clearly says that creating a complete person-like character is anthropomorphism, not personification :D

Anyway, my conclusion is "擬人化/擬人観 is a broad term and covers both personification and anthropomorphism." According to the article you linked (←important!), a typical "personification" is a metaphorical expression like "山が語りかけてくる", "地球が泣いている", "時間に追いかけられている", etc. These are typical, traditional, formal, textbook examples of 擬人化. This kind of 擬人化 as a rhetoric device is something you absolutely learn at school, but something you may easily forget after graduating middle school.

On the other hand, anthropomorphism is "making a character which actually behaves, thinks and talks like a human being". That is also safely 擬人化 in Japanese. Creating "moe" 擬人化 characters from virtually everything (including mushrooms!) has been a big trend among otaku in Japan, and you will find an overwhelming number of such characters on the net. Moreover, this specific trend somehow got famous under the name of the 擬人化(キャラ) for some reason. Even English Wikipedia has an entry with this name. So I'm not surprised if a person who just tried Google image search believed that 擬人化 only refers to this kind of "moe" anthropomorphism.

But that's not true. Japanese 擬人化 is a broad term and safely covers characters like Winnie-the-Pooh, ふなっしー, ハローキティー, アンパンマン, etc. Creating characters like ふなっしー tend to be referred to using other terms (namely ゆるキャラ化, マスコット化 or キャラクター化), because, remember, 擬人化 is normally a difficult, academic-sounding word! But that does not mean they are not 擬人化 by definition.

As for the difference between 擬人観 and 擬人化 in Japanese, I now believe the difference is simply what their last kanji suggest (観 ≒ "perspective/view"; 化 ≒ "-fication/-ization"). To put it plainly, you can think "擬人化 is a rhetoric device that makes use of 擬人観" or "擬人化 is a way you express your 擬人観". Simple as that.

擬人化 means an analogy which things are treated as human.

Your examples seem to be distinguished in English but they are 擬人化 in Japan but some persons may say only things with human face isn't 擬人化 though. They may be said キャラクター化. If they speak something and have emotions, they are really 擬人化.