Is this 8px height font understandable for japanese knowing people?

I am translating my mobile game from english to japanese. It is pixel art style, so I need pixel art font. I found one with 8px height, but I don't know if it is too small to understand, because I don't know any japanese myself. These kanji glyphs worry me the most.

So my question is, do you understand these glyphs or are they too hard to read?

Here is a full image: http://i.imgur.com/loWb8xw.png

Here is just a part of it: 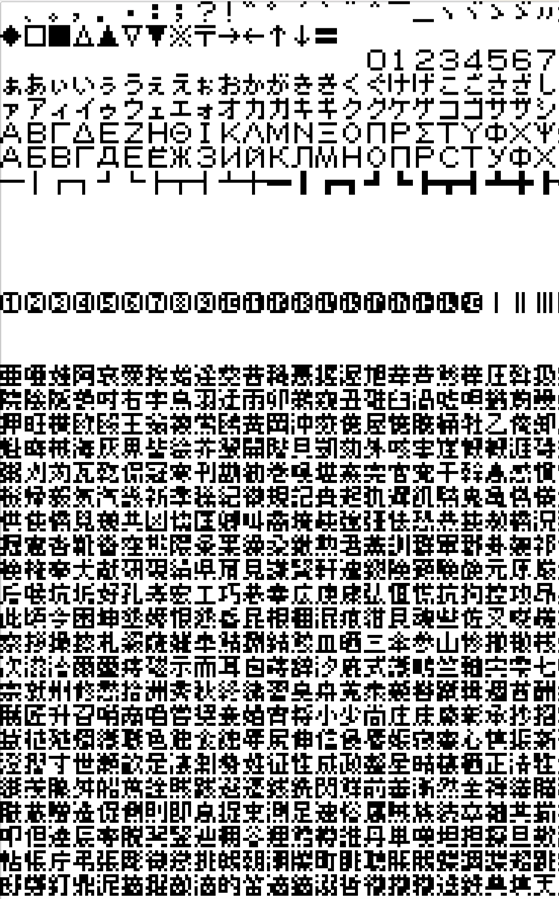 TLDR: Use at least a 9px font unless you want negative reviews.

This is 美咲フォント, isn't it? Actually, it's indeed 7px per glyph plus 1px padding :) I know this font, but didn't mention it in my previous answer, because I thought you will never need this in smartphone games with LCDs with >200 dpi.

8px (7px + 1px) kanji fonts are used in some real games on 3DS, which is equipped with very low-res screens. For example, the 3DS version of Dragon Quest X and games from Etrian Odyssey franchise use this font (or something similar), because they needed to display many characters simultaneously.

However, such fonts are only readable and understandable with the aid of the context. And even with the context, some kanji are still hard to recognize even to a native speaker. I remember great many Dragon Quest users complained about the difficulty in recognizing characters when the 3DS version was released. Even the native speakers could not distinguish between 鉄の剣, 鋼の剣 and 銅の剣 ("iron, steel and copper sword", respectively).

If you do need this tiny font, you have to be more careful than usual. You have to tell your translators to avoid using complicated kanji in the translation process. Try to use it as sparingly as possible, and never use it in the critical parts of your game.

Example (screenshot from Etrian Odyssey taken from this blog article): 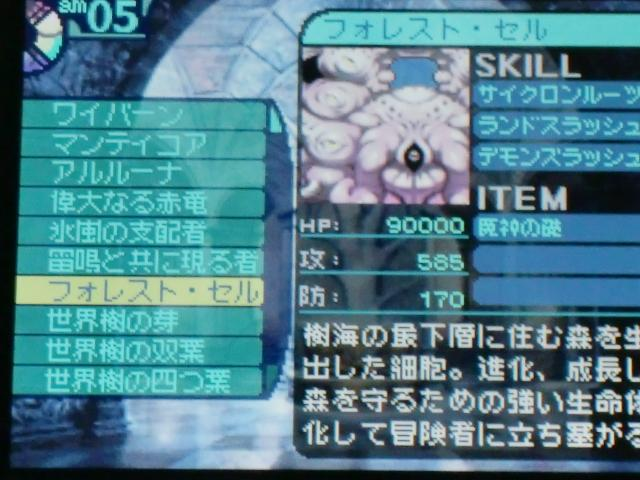 The list on the left uses a 9px (in actual glyph height) font, which I think is not tough to read. Under "SKILL" and "ITEM", there are 7px characters, and I can barely recognize the kanji under "ITEM" (魔神の礎). The 9px font is used throughout the game with almost no problem.

If you are developing a smartphone game and want to add the pixel-art feelings to it, perhaps 10–11px bitmap font is a reasonable choice, which is readable enough, and "jaggy" enough. Or you can use TrueType fonts designed exactly for this purpose (for example, this).

By themselves, most kanji (the glyphs) at the bottom are hard too recognize. As part of a sentence wuth some context, you can read it, but it definitely does not look nice at. I'd say 8 pixel is a bit too low.

However, I recently did some hobby programming as well and found this font:

It's freely available and a true type font without any embedded bitmap font. It comes at 10 and 12 pixel, which is much easier to read and looks better.

I think the majority of these are legible with no problem. But a good number of them might be difficult to work out.

I think you would be safe using Hiragana with spaces, which has plenty of precedent for games. Or, you could use only the legible Kanji and replace the others with Hiragana and Katakana.

Here's the same sentence with a few options:

Not the answer you're looking for? Browse other questions tagged kanji katakana hiragana or ask your own question.

3
Can an English video game be translated into Japanese without kanji?
4
What is a typical font size for Japanese text?

10
Can I write Japanese name “Midori” this way - 緑?
4
Reading of 退く meaning “Go away”
4
Run-in with an odd use of kanji 「供膳」
0
Japanese for “Dami Im”
17
Why do some Japanese people write parts of their name in hiragana?
8
How to read this sign and what it means?
4
Writing style of Imperial Army signal messages