In so-called 学校文法 (the Japanese grammar which all native Japanese speakers learn at around middle school), one form of a verb is called 連用形 (aka continuative form), which looks like this (screenshot from 連用形 on Japanese Wikipedia): 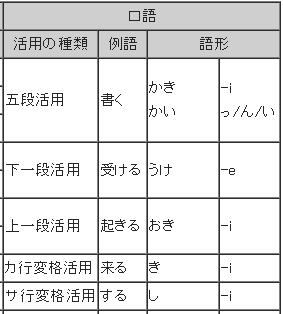 As you can see, there are actually two forms of 連用形 for 五段活用 verbs (aka Group 1 verbs, consonant-stem verbs, or u-verbs). One is rather simple (changing the last -u to -i), but the other form is heavily influenced by sound changes called 音便.

And finally, I realized I was wrong. If I say "te-form", listeners imagine it also includes the て/で part. I checked several free learning sites for Japanese-as-the-second-language learners and found these names (taking 読む as an example verb):

So, what I believed was te-form is not te-form, and it doesn't even have an English name! (It can be confirmed by this question.) ます/て/で are not even considered as distinct "words" here; they are considered as a part of the conjugation of a verb. In monolingual dictionaries, ます, て/で and た/だ are all distinct words (either 助動詞 or 接続助詞) that attach 連用形.

(PS: I'm not willing to keep using confusing terms. I just want to know the best words for learners, and, hopefully, help future native Japanese answerers who haven't heard of "te-form" or "masu-form" at all.)

3. By introducing a new form, Japanese learners as a second language can start using the language more quickly. Native Japanese speakers already know how to speak, so this is why the approach is different.

So I think it is a correct and helpful distinction from a phrase-production perspective. Especially for learners asking questions like, "How do I say 'He is eating an apple'?"

But Japanese grammarians are likely more considered with the 音便 itself from an analytical perspective, like "Under what circumstances does 音便 happen?"

I fear this is less an answer by itself (you have received two very good ones already), but rather a strongly related aside.

Most materials for Japanese language learners take a one-size-fits-all approach that roughly equates to "favor immediate (safe) usability (= production)". This is why nearly all common text books teach ～ます first instead of teaching the more fundamental plain form. And, this is also why you get special Japanese-for-foreign-learners grammar terms that are largely unheard of by unfamiliar native speakers.

It's nothing more than my opinion, but I feel that this has some major trade-offs (all the more so for students of an analytical nature). On one hand, it allows students to begin to play with the language, begin communicating, and grow interested in it. But on the other hand, it trades immediate usability for later misunderstanding and difficulty in using materials aimed at native Japanese speakers -- which any learner at a certain level will eventually need / want.

A more comprehensive Japanese learning program might break the learning down into two concurrent sister classes: practical and theory. The what vs. the whence. Why not take the opportunity to teach incidental grammar vocabulary as learning progresses? I find it hard to believe 動詞 is such a difficult word to teach once and use from there on out. At higher levels the theory could even move toward what native students would see in their 国語 classes: 古典、漢文、etc.

Just my 2円; hope it supplements the answers you've already been given.

Not the answer you're looking for? Browse other questions tagged grammar conjugations て-form or ask your own question.

7
Difference between 「彷徨う」 and 「彷徨える」、「狂う」 and 「狂える」 etc
4
Why Japanese verb has so many forms?
3
Do I have a good grasp on the basics of what the continuative form is?
3
Grammatical name of the form used before -て, -たり, -た, -たら?
3
Grammar justification for 連用形 ＋ 係助詞「は」＋（ない・ある）
2
pronunciation of ている
2
Are there any consistent rules as to how to distinguish words in Japanese?
1
What part of speech is スティール製?
2
Which conjugation is this 生きていこう?
1
What does 持った mean?
See more linked questions

16
What is the difference between [plain form of verb]～そう and [root of verb]～そう?
5
Examples of when passive form in English takes active/non passive form in Japanese
8
Dictionary form of verb followed by に
12
Conflict among teachings of なら and ば
2
て-form and other conjugations of 謙譲語
1
Conditional form comparison (large question)
4
Why Japanese verb has so many forms?
3
Do I have a good grasp on the basics of what the continuative form is?
1
Logic behind grammar patterns
4
「ずっと触ってたくなるよね」: te form + たくなる