Why is this katakana not reversed?

Just saw this image about Nintendo on Kotaku: 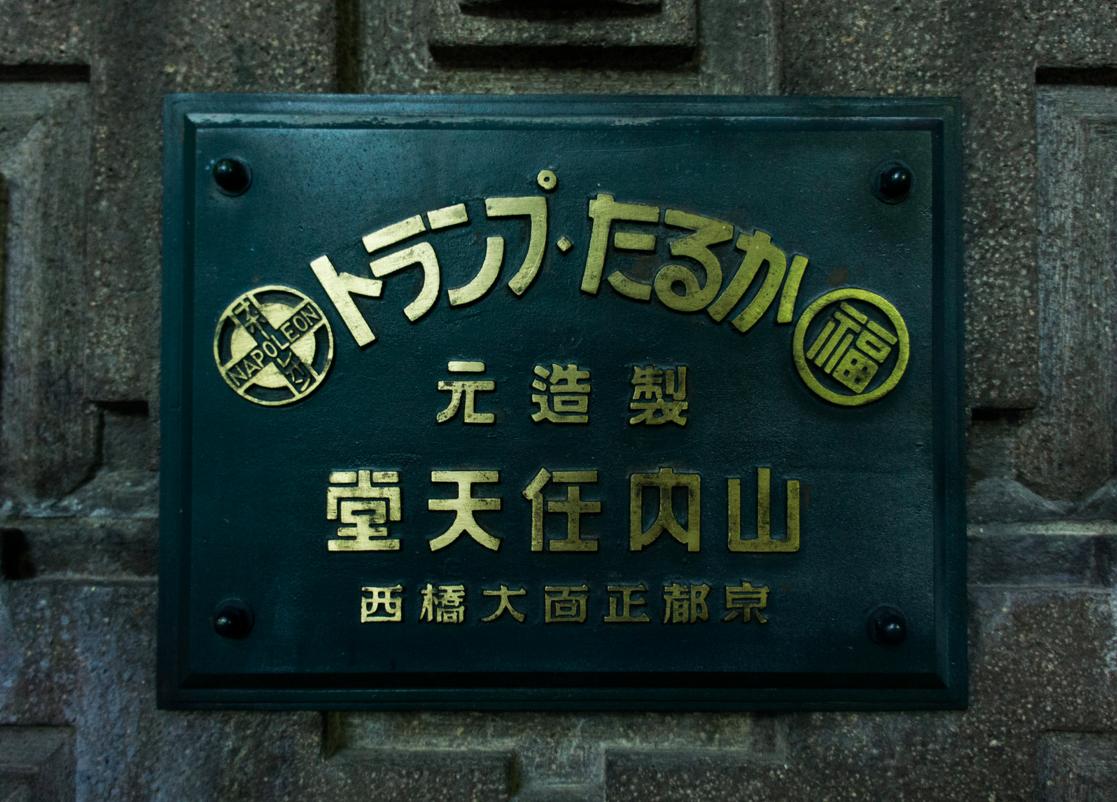 Clearly the company name, description, and location are written in traditional right-to-left orientation. Even かるた is right-to-left.

So why is トランプ written left-to-right amongst the rest of the text?

According to the 歴史的{れきしてき}経緯{けいい} section of the 縦書{たてが}きと横書{よこが}き article on the Japanese Wikipedia, apparently in the late 1800s it wasn't altogether uncommon for printed materials to have Japanese still written vertically top-to-bottom with lines progressing right-to-left, with any European-language text written horizontally left-to-right with lines progressing top-to-bottom:

最初{さいしょ}の日本語{にほんご}の外国語{がいこくご}辞書{じしょ}は、外国語{がいこくご}が左{ひだり}横書{よこが}き、日本語{にほんご}が縦書{たてが}きで、本{ほん}を回転{かいてん}しないと普通{ふつう}に読{よ}めない。
The first foreign-language dictionaries in Japan had the foreign language written horizontally left-to-right, and the Japanese written vertically, such that one had to rotate the book to read it normally.

What looks like single lines of Japanese text in older writings, especially signage such as at temples, often appears to be written horizontally right-to-left, but the common view of this as described in the Wikipedia article seems to be that this is classical vertical top-to-bottom writing where the lines progress right-to-left, just that each vertical line is only one character long. This jives with what I've been told by native speakers. Horizontal headlines still occasionally use this style to evoke a traditional or old-fashioned feel, and apparently everyday newspapers didn't adopt left-to-right for horizontal headlines until the 1940s.

In this light, I suspect that this sign above is intentionally using the older right-to-left style, which developed from what the Wikipedia article describes as sign-style "vertical" writing for the Japanese, where each vertical "line" is only one character long and the lines themselves progress right-to-left. However, since トランプ is a foreign word, it is written left-to-right, even though it's spelled here in katakana. かるた is also etymologically a foreign word, but I suspect it was borrowed long ago enough to be treated as a nativized term, which might be why it's spelled in hiragana.

Note: A quick look into the histories of the two terms かるた and トランプ seems to confirm this.

Ultimately, the different directions of the writing on the sign appear to be an intentional effect evoking the common writing conventions of the late 1800s, specifically 1889 when the Nintendo company started manufacturing playing cards.

It is clear (really!) that this sign is talking about two brands, one for traditional cards, the other for ("standard"? 52-card) Western cards:

Given the much greater flexibility with which Japanese characters can be positioned, and still read easily, this just looks like a bit of playfulness, to allow the two trademarks to be positioned symmetrically, and the names read towards the middle.

I think the story about RtL being actually one-character-high vertical writing is quite incredible, if not coherent. (For text including katakana, it is possible to distinguish the two, by the direction of the "long vowel mark", but for kanji-only writing this would be metaphysics or worse.) Remember that Japanese wikipedia is useful, but not an authority, because it is almost entirely unsourced.

That is very interesting.
I guess that is a style for shape design, but on the other hand, that shows the process of change from right-to-left style to left-to-right style.
This is another nameplate of that company.
Perhaps, while writing Hiragana, Katakana and Alphabets in a mixed manner, they must had come to be written left-to-right.

I apologize that this is not an answer. 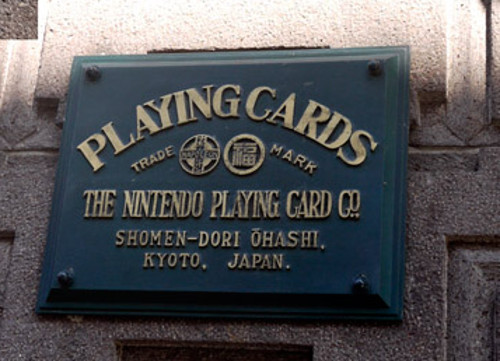 It seems that the existence of loanword in Katakana caused a change like this.
[PLAYING CARDS]{プレイング カード}

Not the answer you're looking for? Browse other questions tagged katakana history orthography loanwords or ask your own question.

-1
How would I write this for a graphic design?

10
Left (ひだり) and right (みぎ) as cardinal directions
6
Was the の particle sometimes written in katakana?
3
Why is Danny written & pronounced ダニー and not ダニ?
4
Are ミツバチ and イルカ more frequently written in katakana?
5
「星のカービィ」- Why ィ and not ー?
1
Is it correct/appropriate to write a word using katakana and hiragana at the same time?
1
Why is the Japanese word for Brunei ブルネイ and not ブルナイ?
9
Why are Japanese fonts different to Chinese?
8
Why do textbooks and other sources pretend special katakana don't exist?