Deciphering handwritten phrase and its meaning

In the 前回の僕街 series, we see sketches drawn by the director of the 僕だけがいない街 anime that are generally humorous rewrites of a scene in the previous episode. 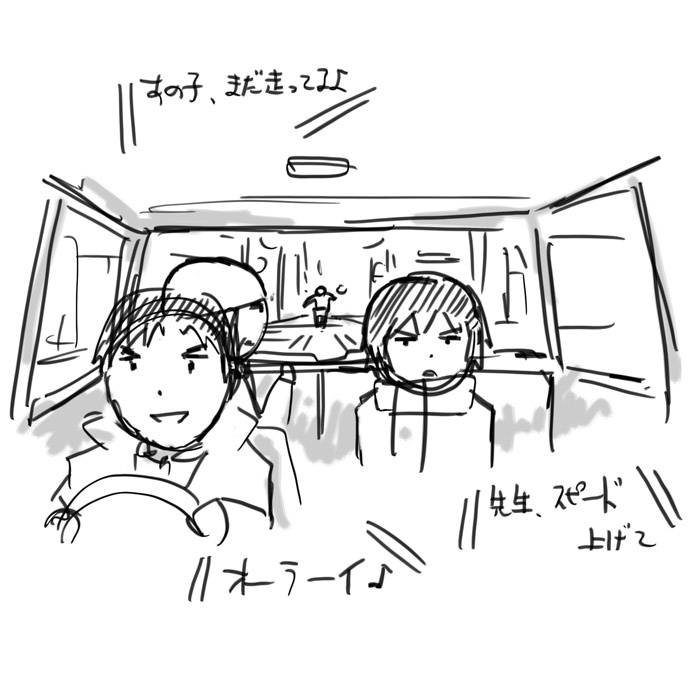 In the ninth sketch (image above), we see Satoru chasing after the car in the foreground after Kayo is taken away to protective custody with her grandmother.

I can read the first two phrases, but the last one is hard to read:

Is this right? Even then, what does it mean? I can't seem to make sense of 狙い in this context.

That's not ネ, that's オー. See, there's a single vertical line all the way through it, and the ー looks like a ー.

Fluent readers use context in reading, and can often read words even if a let_er is missing. The more words you learn, the more your brain will be able to match patterns accurately, regardless of how they're written. In this case, if you know the colloquial borrowing オーライ 'all right', then you should be able to recognize オーラーイ♪ here as being the same word with emphatic lengthening.

Not the answer you're looking for? Browse other questions tagged handwriting or ask your own question.